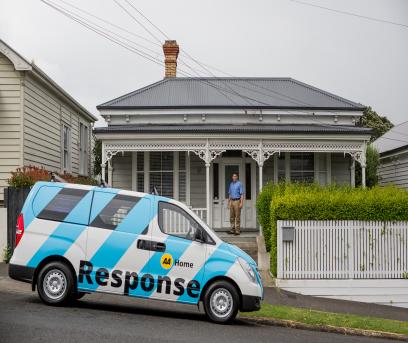 The AA has today launched AA Home Response in Waikato, Bay of Plenty, Hawke’s Bay and further parts of the Auckland region, providing peace-of-mind for residents and additional work for local tradespeople.

AA Home Response is a new service which takes care of the hassle of finding a tradesperson to fix common household breakdowns like burst pipes, lockouts and electrical failures 24/7, 365 days of the year. The service aims to get a tradesperson to an emergency within 60 minutes, or at a time which suits the resident/landlord.

“We’ve been there for Kiwis when they need us at the roadside through AA Roadservice for years; we’re thrilled that we’re now helping them out at home as well.”

AA Home Response Plus is a subscription service with six free callouts* a year, which is $179 per year for AA Members and AA Insurance customers, and $199 for other homeowners and landlords.

Hamilton woman Jasu Lad purchased AA Home Response Plus for her rental property in Auckland. She put it to use in August when her tenant came home after three weeks away to find the shower would only run very hot or very cold water.

“The plumber got there within an hour and fixed the problem. I really like that the service is 24/7 as problems always seem to occur after hours, on weekends or public holidays when it’s difficult to get a tradie and it costs the earth if you do… I figure if I use AA Home Response Plus twice in the year, it’s paid for itself.”

AA Insurance Head of Marketing and Distribution Richard Park says: “AA Home Response has been incredibly popular with Auckland customers, with several hundred homeowners already needing call-outs like Graham, whose leaking roof was made watertight within an hour. We’re pleased that Kiwis throughout other parts of the country will now benefit from this excellent level of service too.”

*Callouts are up to one hour long, with a commitment to fix or make the problem at hand safe. If the incident requires more time, or specialist service, an obligation-free quote will be provided for the additional work required.

^The callout fee is paid at predetermined hourly rates prior to the tradesperson being dispatched. AA Home Response rates are based on research of market rates for callout fees throughout different trades and areas.