On 11 May 2011, the United Nations and World Health Organisation announced the start of a Decade of Action for Road Safety. Countries are being encouraged to commit to the Decade of Action Global Plan aimed at saving 5 million lives and 50 million injuries around the world between now and 2020.

New Zealand government agencies and other organisations like the AA are supporting the Decade of Action for Road Safety in a number of ways.

How New Zealand is taking action

Many actions to improve New Zealand’s road safety need to be led by government agencies, so the Ministry of Transport, NZ Transport Agency, NZ Police and ACC are all involved.

New Zealand already has a road safety strategy to 2020 called Safer Journeys which is aiming to address many of the actions called for in the Decade of Action campaign.

Two Safer Journeys action plans have been produced since the start of the decade that set out a number of initiatives to reduce the number of people killed or seriously injured on our roads.

Meanwhile, local government, organisations like the AA and individuals can also play a part. As a start, we can all contribute by being more safety-conscious road users.

How you can take action

Make sure you’re the safest driver you can be by:

What the AA is doing

The AA is an advocate for numerous road safety improvements and will be monitoring New Zealand's road safety progress between now and 2020 against the Safer Journeys strategy and the Decade of Action Global Plan.

But the AA is also taking specific actions for the Decade of Action including:

Taking research to a higher level

The AA Research Foundation has been established to contribute to road safety research in New Zealand.

Work by the foundation since the decade began has investigated drivers' risk awareness; impaired driving; inattention, distraction and fatigue; as well as safe and fuel efficient driving.

The AA Research Foundation is fostering better communication and cooperation between the research community and also providing a channel for promoting and publicising results. It helps the AA stay informed of the latest thinking on road safety and we will use this knowledge to help educate our members and influence policy makers.

The AA sent a clear message to all the country’s political parties about how they can make our roads safer ahead of New Zealand's general elections in 2011 and 2014.

Ahead of both elections we created AA Election Calls setting out changes we wanted the next Government to make to improve road safety. These were sent to every member of parliament and all the government agencies involved in road safety as well as to the country’s media. Our District Councils also distributed it to the election candidates in their area and all the local bodies and organisations they work with.

We will continue to look for other ways to contribute as the decade progresses.

For more about the global Decade of Action for Road Safety campaign:

For more about the AA's involvement through the FIA Foundation's 'Make Roads Safe' campaign: 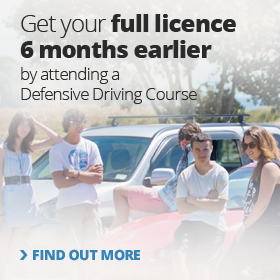