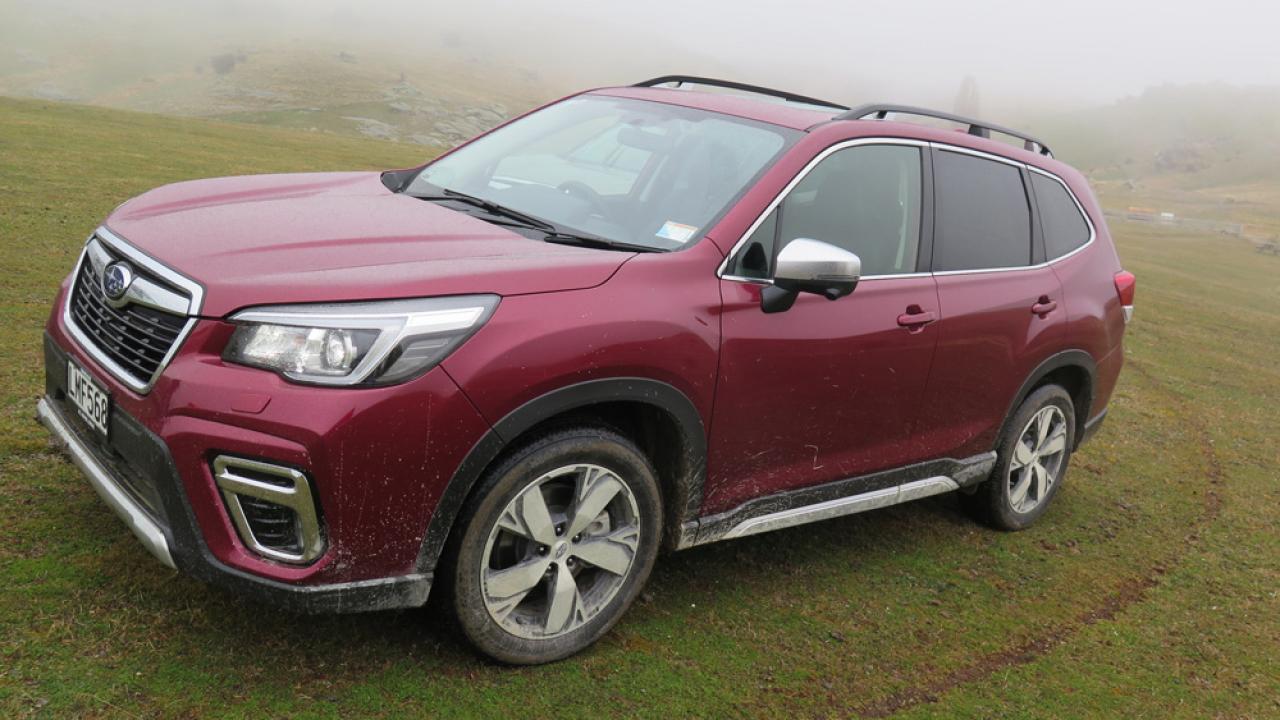 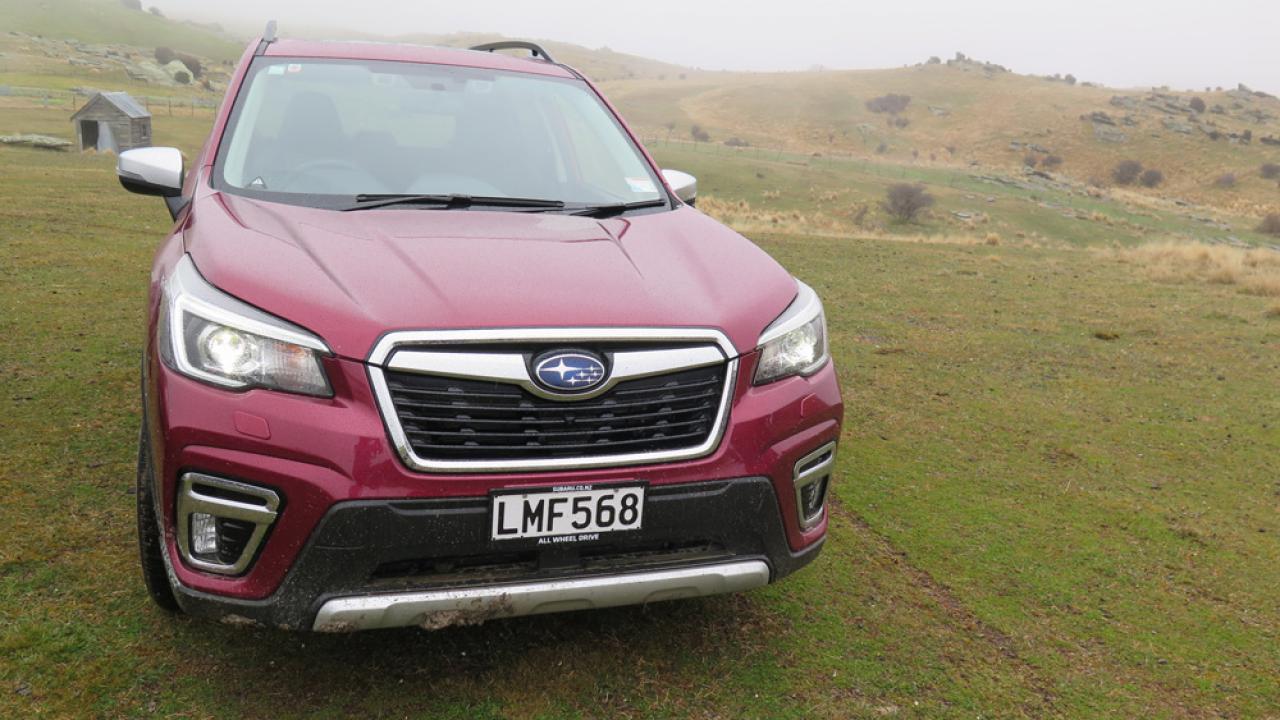 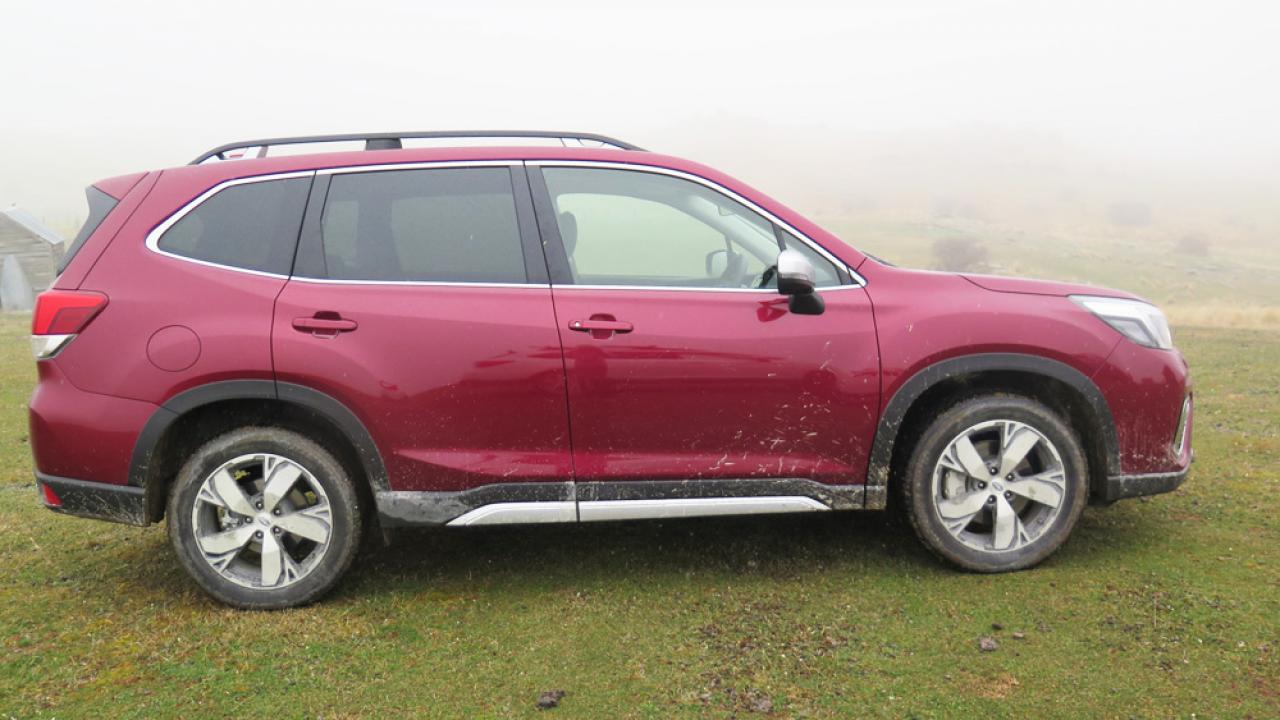 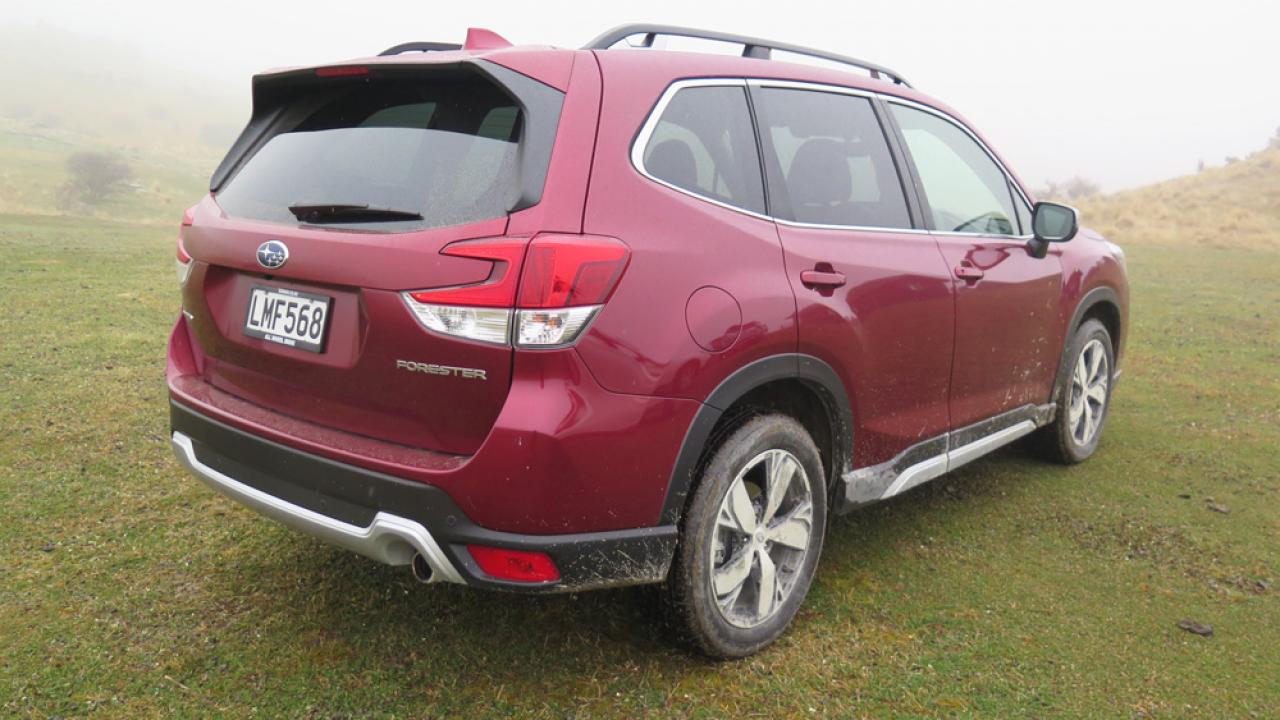 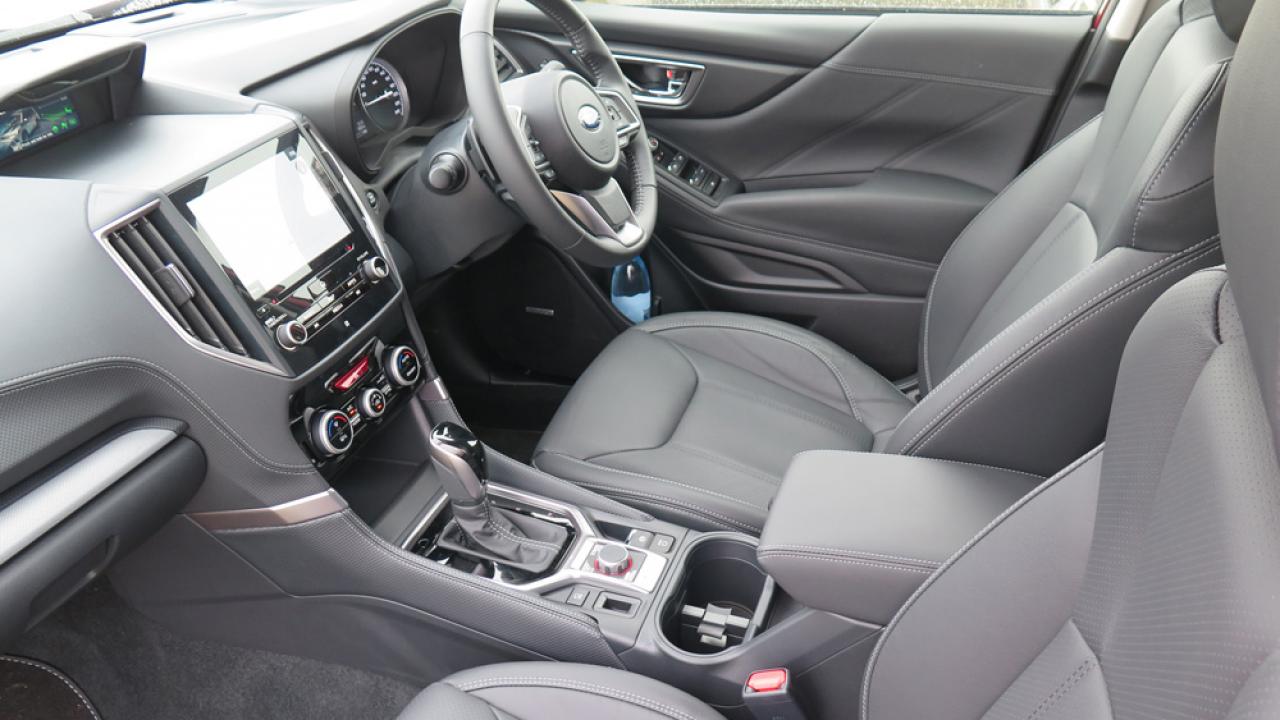 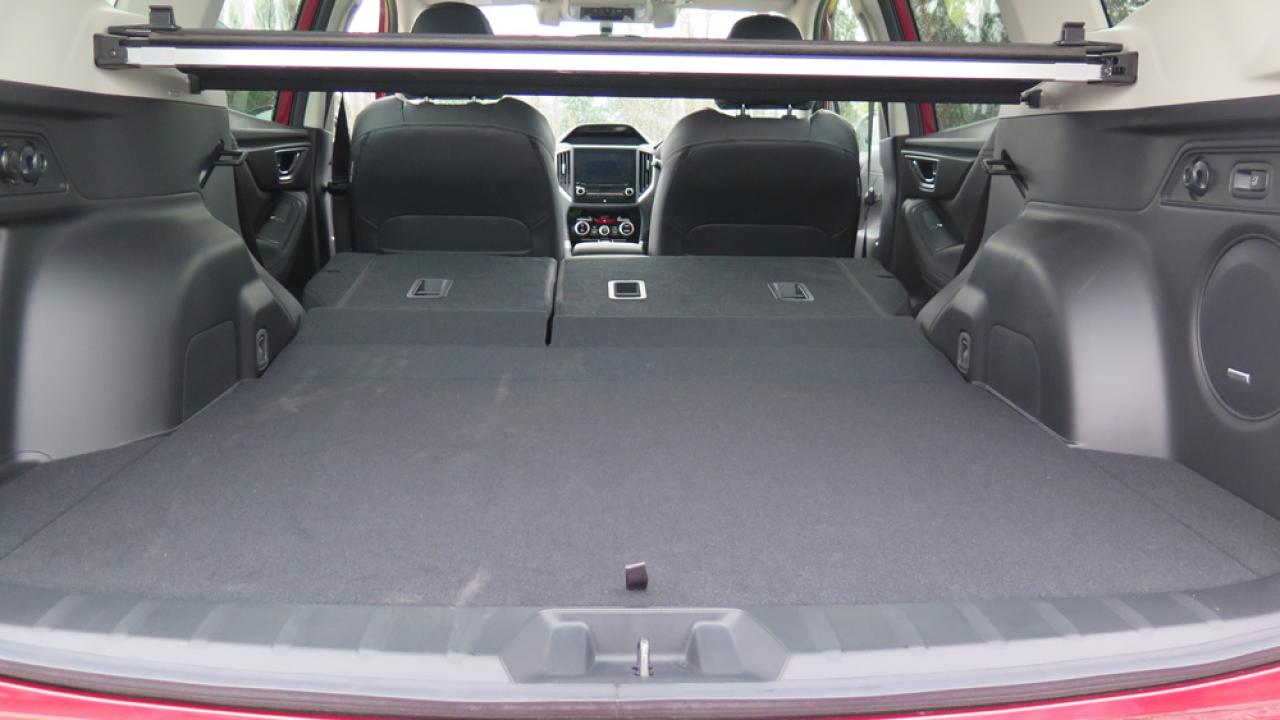 Subaru’s Forester has perhaps been NZ’s best-kept secret since the first generation launched here in 1997. Capable, comfortable and well priced, this SUV could replace a practical wagon on road and went further than most off it, indeed the manual came with low range, and was capable of putting more rugged-looking SUVs to shame.

Trouble is, Forester looked like it was produced by engineers rather than hip young designers, and that deterred buyers from a vehicle otherwise tailor-made for Kiwis.

Nothing much changed with the following generations, all extremely capable, all well priced – and all with looks so unassuming only fleet buyers seemed to take a second glance.

But this fifth generation should put some kick into Forester sales. It’s still well priced – indeed the entry model costs exactly the same as the outgoing one. But it’s now larger, with additional power and more high-tech spec and yet, if our precipitous Bendigo Station test drive in low cloud and sleet was anything to go by, it’s lost none of its off-road skills, even if that low-range manual is no longer listed.

This handsome body sits on a global platform, initially with the Impreza and XV, before rolling out under future models. We’re told it’s more rigid, and part of an equation that trims vibration through the floor and steering, as well as helping deliver better front and rear impact performance.

This Forester’s powered by a 2.5-litre four-cylinder naturally aspirated Boxer engine that shares only 10 per cent of parts with earlier units, and delivers boosted power and torque to all four wheels – without damaging fuel economy. That’s improved, with thirst down to a claimed 7.4l/100km, perhaps partly due to the upgraded seven-speed auto transmission, which is lighter, with broader ratios.

All three variants also get an updated X-Mode, with a dial to choose snow/dirt or deep snow/mud protocols.

But the real eye-opener is the advanced tech, particularly the Driver Monitoring System with facial recognition, fitted to the Sport Plus and Premium Foresters. The set-up can tell when the driver is drowsy or distracted, which prompts an audible warning. Turn your head to shout at the kids or take too long reaching for those dropped sunglasses, and the car will alert you, as it will if you start nodding off. Better yet, the same tech will recognize who you are. Simply set your preference for items like the door mirrors, seat adjustment and air con, and if your spouse changed it since you last drove, the car will reset everything to your preference when you get in. No more marital spats about that, then.

Sport Plus and Premium trim also gets auto reverse braking. If you’re backing between 1.5kph and 15kph and the car detects an impact without you taking steering or braking action, the car will apply the brakes itself – and alert you.

The entry-level may not get the DMS, but all models feature the third-generation Eyesight, a package which includes improved recognition of objects, Lane Centering Control, a manual speed limiter, Pre-Collision Braking Assist now up to 50kph, enhanced pedestrian avoidance and adaptive cruise control ¬– a lot of very clever stuff to make occupants safer.

Subaru says research has shown the risk of serious injury or death in a crash drops 61 per cent for Subaru drivers in cars with Eyesight, and from this year all Subarus will get it except the manual WRX and STI.

The latest Forester’s longer, wider body with its extended wheelbase retains the same turning circle as before, but cabin space is up, with greater shoulder room and a smidge more leg, head and hip room front and back, with a flatter, broader cargo floor and a wider load opening – likely to most please those wrestling with prams and pushchairs, who’ll also like that the rear tailgate opens and closes at the push of a button in five seconds – twice as fast as before.

A wider, flatter non-slip ‘step’ accessing the back seats makes it easier for kids to get in and out – or for you to stand on it while loading the roof rack, while the increased hip room means three forward-facing slimline child car seats will fit simultaneously, or two forward and one rearward capsule. Older kids will like the fact there are two USB charging points – to reduce bickering – plus various pockets to take different items.

Other improvements include a new interior design, upgrades to the air con and ventilation with additional rear vents, a better flow, quieter operation – and improved delivery, as the car can tell which seats are in use, and operate accordingly.

In all, Forester is even more impressive than it already was. Our shortish road drive through the Cromwell Gorge suggested it’s as confident and comfortable as ever, while our off-road drive into the heights of Bendigo Station and up into sleeting cloud proved it’s lost none of its off-road skills, with water-slick rocks and slippery surface muck no bar to upward progress despite road tyres, while the advanced screens showed us our side angle, our up-down angle and far improved reversing camera views, much appreciated given steep drop-offs.

There’s a lot more we can say, but perhaps it’s time to wait until we can test one on familiar roads.

When Forester first launched, SUVs took less than 10 per cent of our market. Now it’s 41 per cent, with medium SUVs making 40 per cent of those sales. They’ve taken over from traditional wagons, and so it’s vital to any brand to sell well in the SUV arena.

It’d be easy to assume that a US-sourced SUV with generous dimensions and a look which could...

The SUV market has continued to grow in New Zealand as more and more Kiwis discover these...

Popular vehicles to get you up the slopes

With MetService predicting the coldest winter in years, we can just imagine the glow on skiers and...