BMW New Zealand has taken over Hampton Downs this week, and transformed it into M Town, which the German marque states is ‘the only place in the world where too much is just right’.

The move coincides with the release of the new, eagerly-anticipated M3 and M4 models, which we were able to test their performance around the track as part of the event.

While those two cars were undoubtedly the main event, M Town was an opportunity for BMW to showcase the ‘M’ badge across its whole line-up, from sedans and hatches to large SUVs. And what a country to host an event like this in – one in four BMWs sold in NZ feature the ‘M’ badge - the most of any nation.

After arriving at M Town, drivers were each given a ‘passport’ with pages that needed to get stamped after each of the three driving modules were completed. Different M cars were dotted around the place, including a line-up of cars from yesteryear. 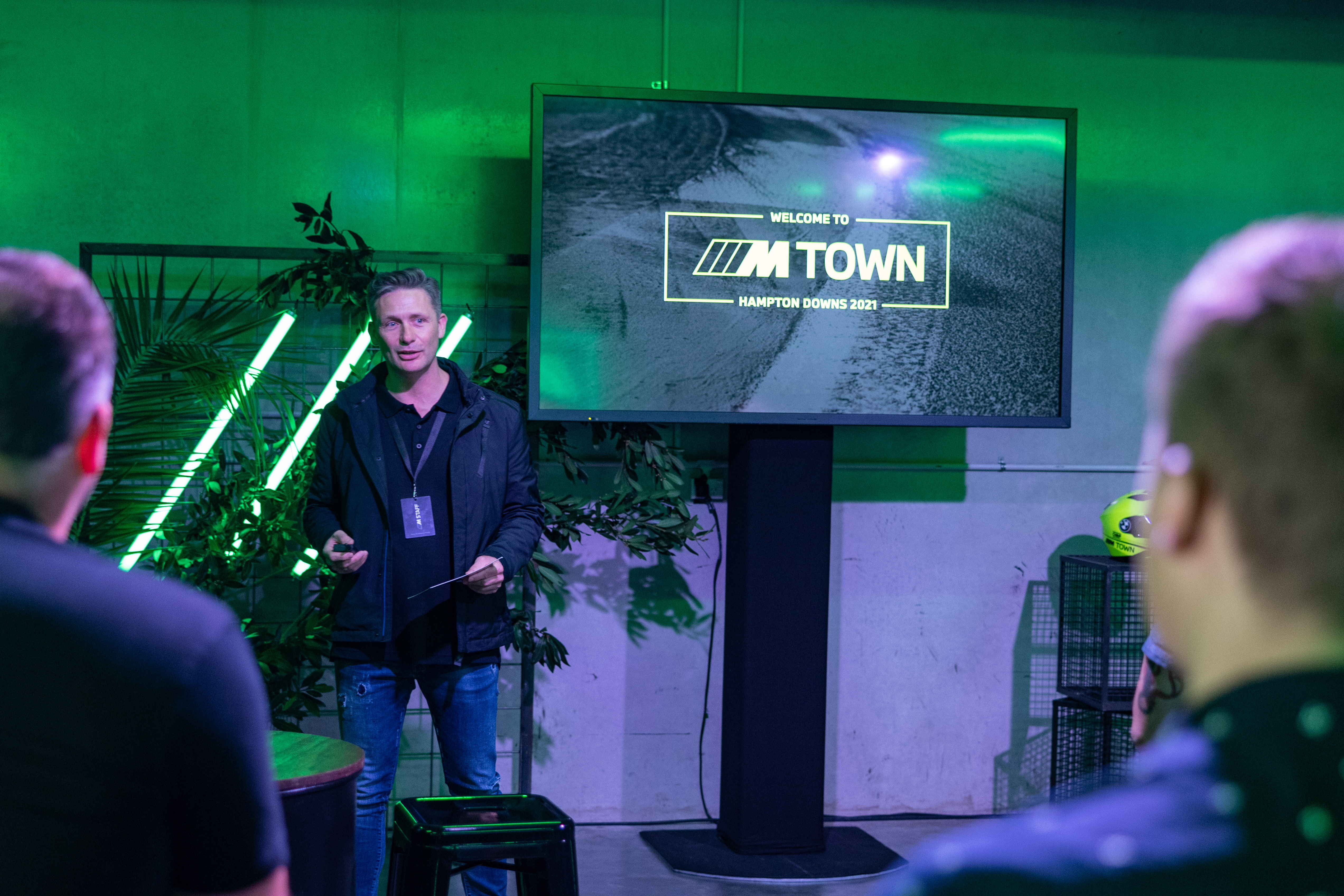 A short introduction was then given, including a few words from some of the BMW team, including Managing Director of BMW New Zealand Karol Abrasowicz-Madej.

The first module was all about testing a handful of M Performance models around the Club Circuit at Hampton Downs. This included a slalom course and a stretch of tarmac, marked out with two sets of cones, to test how well the cars performed from a standing start.

Waiting to test the acceleration of the M135i xDrive

The models we tested were the M135i xDrive, Z4 M40i, M235i xDrive Gran Coupe and the M340i xDrive Sedan, and they all performed well over the two exercises, displaying great agility as well as excellent traction and (of course) power.

The favourite model amongst several of the drivers in this module was the rear-wheel drive Z4 M40i roadster. With the roof down and the wind in your hair, every decibel that the 3.0-litre in-line six engine produced could be heard, as could the squealing tyres as we navigated our way through the slalom course.

Drivers were allocated three laps per car, and although speeds were limited to 160km/h, it provided an exhilarating taste of what BMW has been working on. 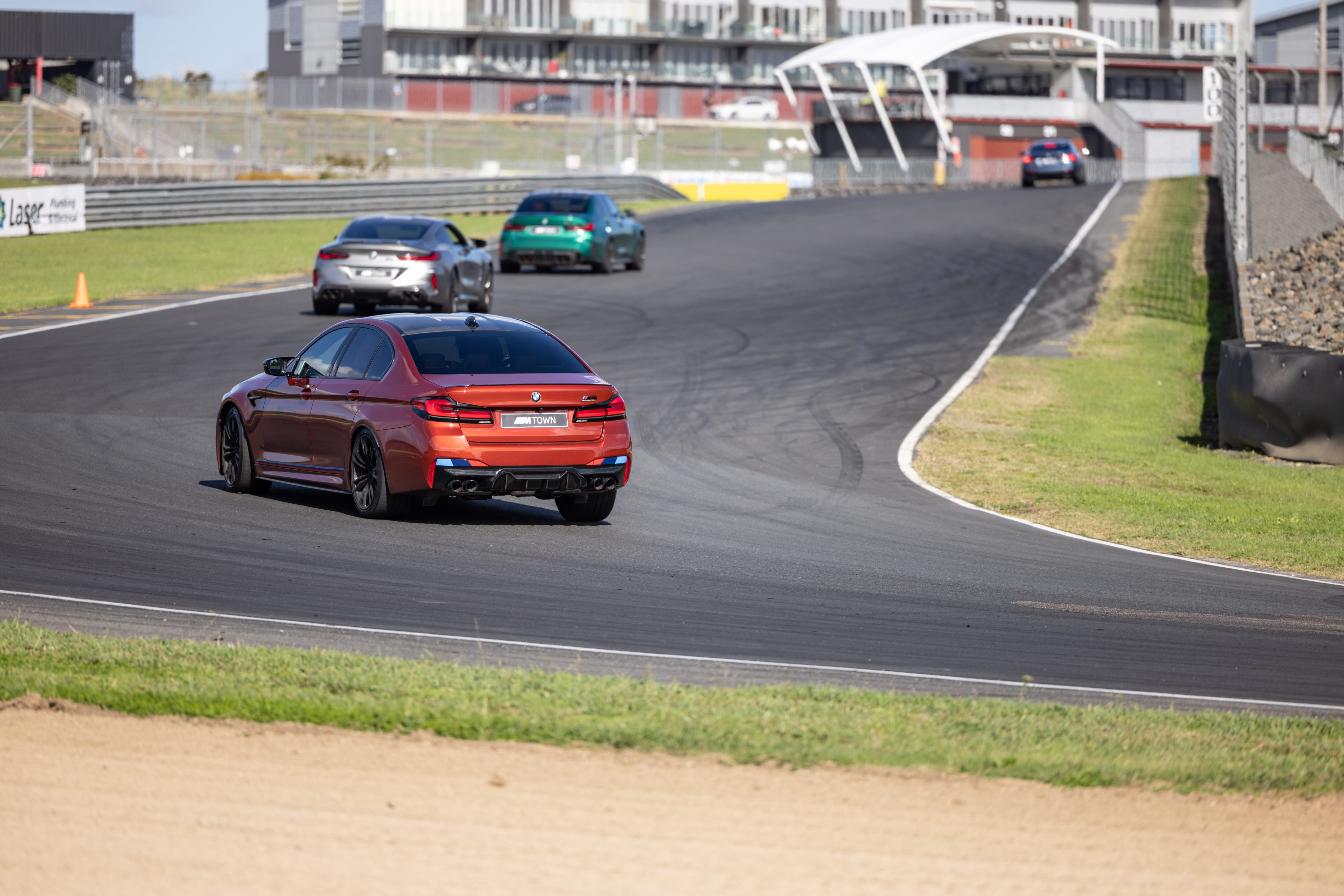 The M3 and M4, for all intents and purposes, are the same car. The only real difference between the two are the doors – do you want the practicality of a sedan or the looks of a coupe?

While we’re on the topic of looks, prior to the release of these new models, the main talking point was all about the cars’ front end, which has led to comparisons with Bugs Bunny. After spending some time with the M440i a couple of months back (which shares its looks with the more aggressive-looking M4), it’s easy to appreciate the glaring grille.

Performance-wise, as expected, both cars delivered outstanding results. The BMW M TwinPower Turbo inline six-cylinder petrol engine drives power to the rear wheels, producing 375kW (510bhp) and 650Nm. You can hit 100km/h from a standing start in just 3.9 seconds. The dual-clutch transmission found in the old models has been replaced with an eight-speed Steptronic transmission with Drivelogic, which is much less engaging than before and perhaps too smooth for an ‘M’ car. Directing the car through corners is easy - despite the savage feeling that both cars possess, you always feel fully in control.
Each of the cars was fitted with the electronically-adjustable M Carbon bucket seats, which fit snug to your body and brace you for the track. Carbon fibre is also dotted around other parts of the cabin, such as the steering wheel and centre console.

The third (and final) module of the day revolved around the M Performance versions of the X3, X5, X6 and X7, all of which are cars you probably wouldn’t expect to perform particularly well off the beaten track. You’d be surprised.

The M Performance 'X' models demonstrate their off road capabilities

With time being of the essence, drivers were able to test two cars – the large X7 M50d and the much more compact X3 M40d.
Despite being off-roading novices, the cars performed all tasks with flying colours. The Hill Descent Control helped the cars take control – no feet are required on either pedal – and both cars simply navigates down any obstacles, using a range of sensors to determine which wheels need more traction. Clever.

It was interesting to see the differences between the two cars we tested off road, considering the size. The X7 M50d (which costs $199,900 before on road costs) boasts air suspension and a large wheelbase, so struggled a bit more when descending down a steep bank, but would navigate extremely uneven terrain with ease. The X3 M40d - which costs slightly less at $134,300 (+ORC) - was the opposite for each exercise.

As the day drew to a close, drivers were treated to a hot lap at the hand of a professional racing driver – ours was from the rear seats of the BMW M5 Competition.

One final lap of the National Circuit without the aforementioned 160km/h limit was impressive, and a great way to end the day. With the M TwinPower Turbo V8 petrol engine roaring, the professional driver pushed the sedan around each of the bends, further demonstrating what modern BMWs are capable of. In the case of the M5, that’s 460kW of power and 750Nm of torque, not to mention a sensational driving experience.

M Town was dubbed by BMW as ‘the city of dreams for car lovers’. After a day trip, you would be hard-pressed to disagree. There was a sense of poignancy too, though - in an age where manufacturers of performance cars (including BMW) are moving towards more electrified futures, you can’t help but think that this generation of M cars could be the last of the pure petrol thoroughbreds. That’s not necessarily a terrible thing, but it does feel that this could be the end of an era.

A lot of people just want a car that gets them from A to B. For others,...

BMW NZ recently hosted a business launch for a small group of motoring writers, including the AA,...

MINI has released a pair of exclusive detail design sketches as an initial preview of the first...