We recently had a taste of the latest Toyota GR Yaris and GR Supra models, and a real chance to see what they perform like at the Hampton Downs race track on a wet and slippery race track. So where do these GR models fit into Toyota's grand plan?

Despite one in four cars on the road being a Toyota and their 32 consecutive years of market leadership, Toyota can’t afford to be complacent - their year-to-date sales are down by 28% (although this was impacted by the global pandemic, 98% of which was lost revenue from rental vehicle sales). 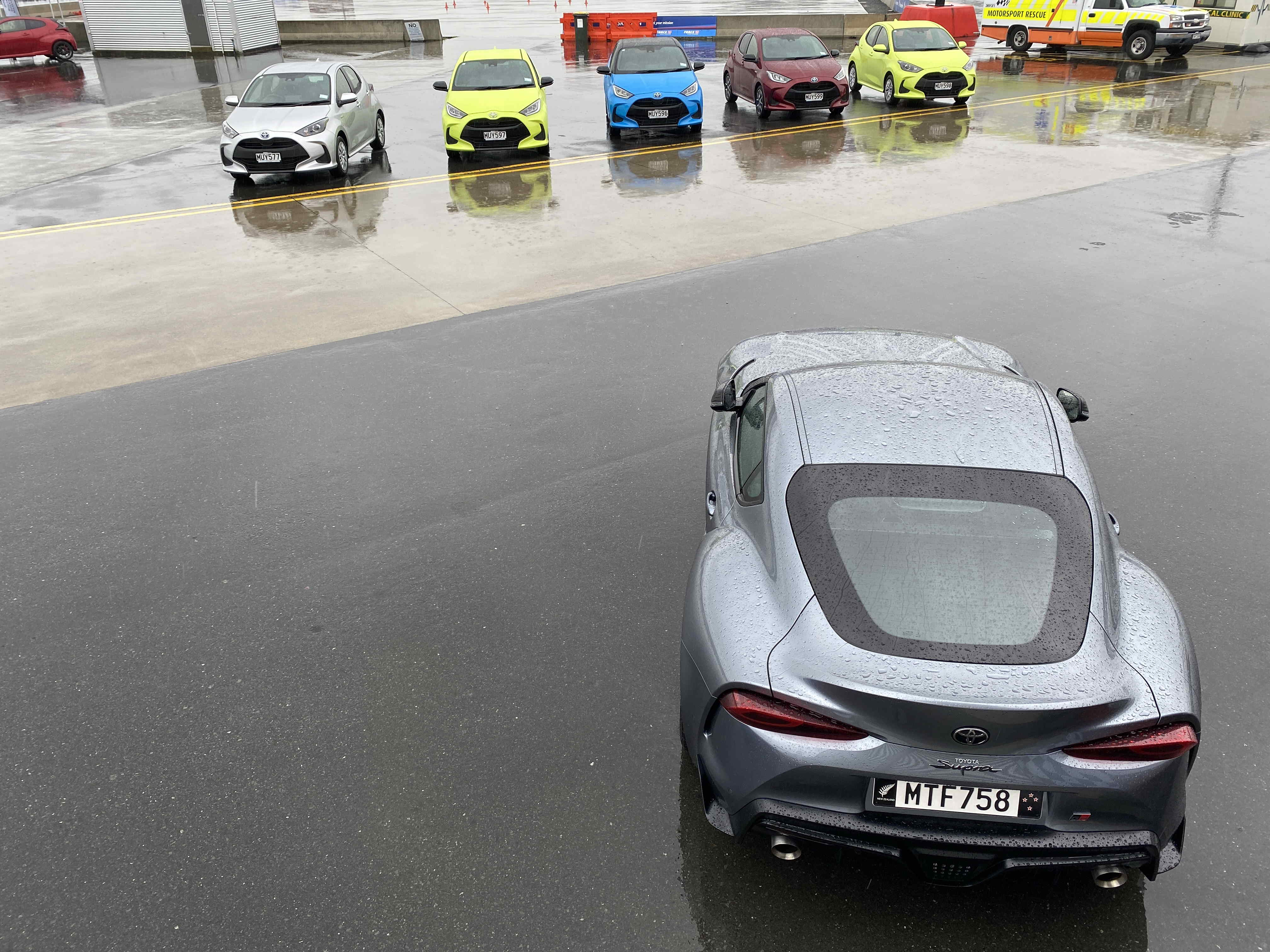 Toyota is focusing on improvements in the “small things” to improve their brand and investing in technology such as 5G. President Akio Toyada understands that Toyota is a strong and reliable brand, but understands the importance of keeping customers engaged.

He’s now committed to more aspirational, desirable and exciting product options, and so this is where the GR range comes in. 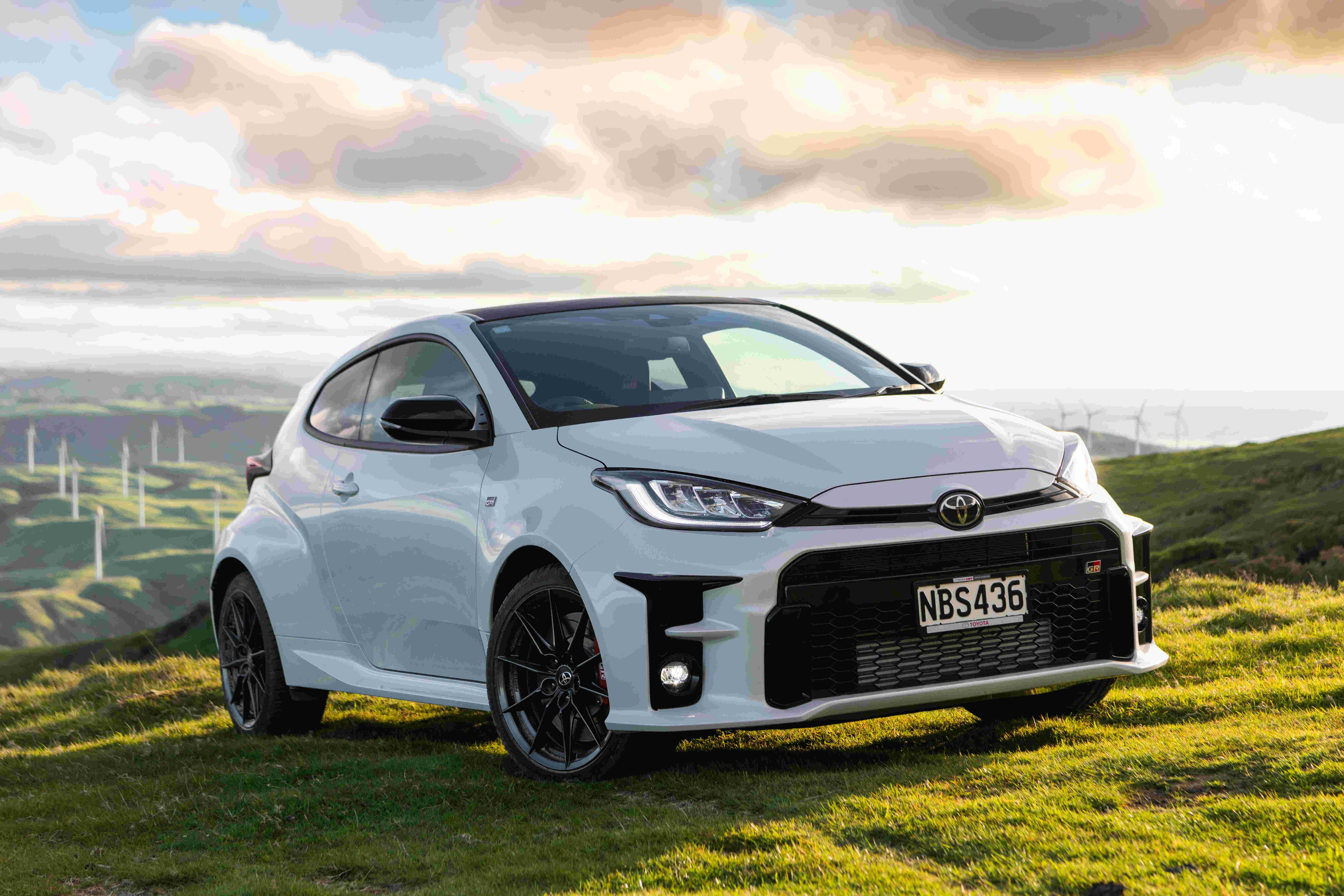 Born of Toyota’s rallying performance and built to exacting standards by Toyota’s master craftsmen in Japan, the GR Yaris goes a long way to show Toyota’s dedication to making exciting cars that are truly fun to drive.

The GR Yaris is a unique model that benefited from the design and engineering skills of Toyota GAZOO Racing and its WRC partner Tommi Mäkinen Racing. As well as being based on the WRC GR Yaris, it also has all the attributes required for owners looking to compete successfully in local rally competitions. Despite its name, it shares very few components with the standard Yaris.

“While every aspect of the GR Yaris is exhilaratingly performance focused; the car is just as happy on a daily commute. The GR Yaris is made to thrill at every turn,” said Toyota New Zealand CEO Neeraj Lala.

The heart of the GR Yaris is a newly-developed inline three-cylinder 1.6L turbocharged engine that benefits from motorsport technology to maximise performance, including multi-oil jet piston cooling, large diameter exhaust valves and a part-machined intake port. Displacing 1,618cc, it produces a maximum 200kW and 370Nm of torque.

The engine is connected to a GR-FOUR permanent all-wheel drive system to achieve a high level of dynamic performance. The system utilises several drive modes, which change the front: rear torque distribution between Normal 60:40, Sport 30:70 and 50:50 in Track mode.

We experienced the skid pan and on-track experience, and there was an incredible level of control and connection to the road. It was some of the most fun we have ever experienced with such a compact hot hatch.

Toyota is taking orders for the exciting hot hatch through its Toyota stores. 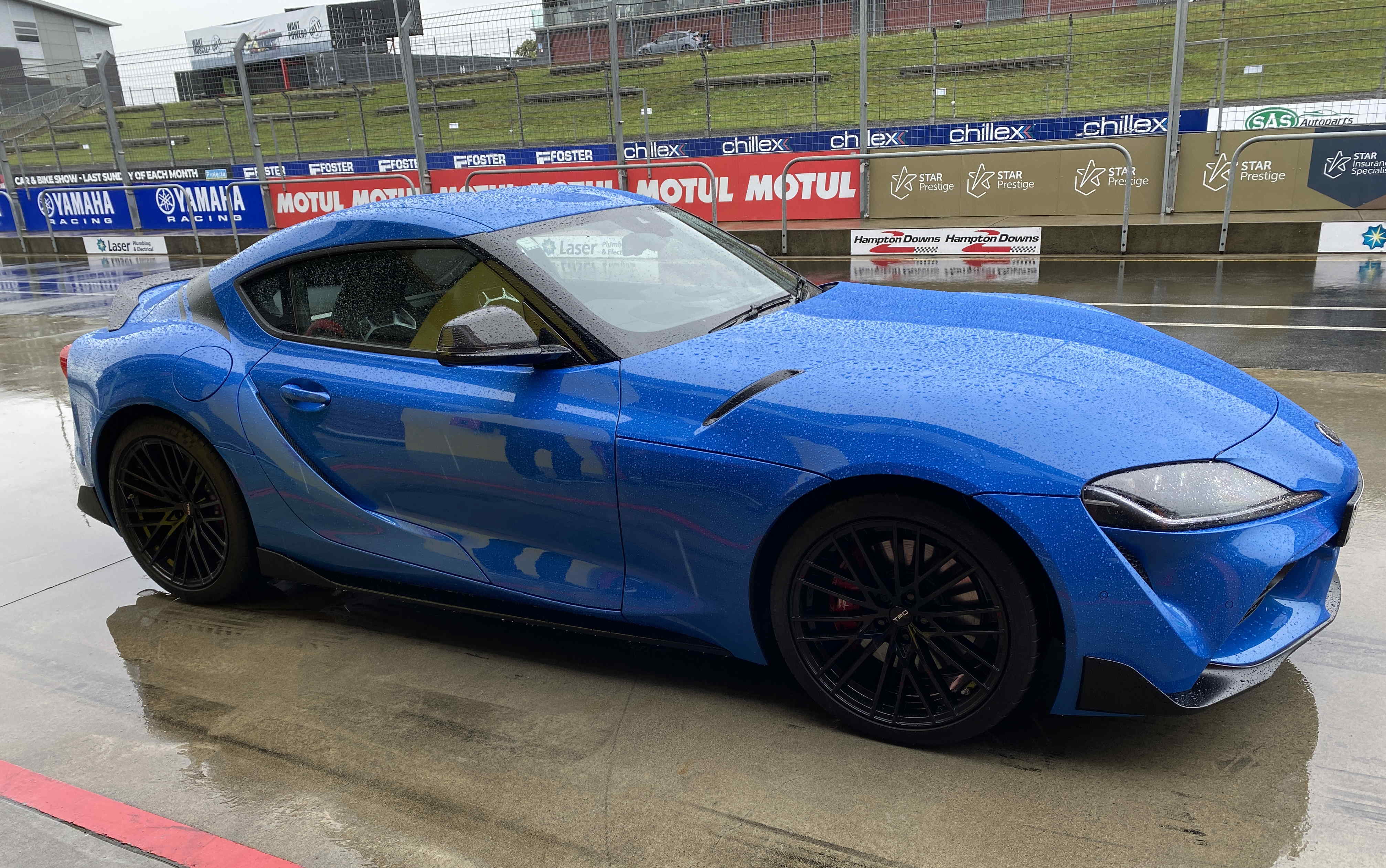 Just one year after Toyota blessed us with the first Supra in 17 years, they’ve worked their magic yet again to produce an even spicier variant.
Significant changes to the engine’s exhaust manifold and positioning of the twin-scroll turbo have squeezed a further 35kW out of the power unit, lifting maximum power output by 14% to 285kW (382hp) from the 3.0L inline six-cylinder turbo engine. This helps the new 2021 GR Supra go from zero to 100km/h in 4.1 seconds.
“The GR Supra already has incredible power and torque from a highly responsive engine and the upgrade makes it a key competitor in the competitive high-performance sports car segment,” said Lala.

The GR Supra is a light car, with a total kerb weight of 1570 kilograms. The inline six produces 285kW (382bhp) and powers the fast-changing eight-speed automatic transmission, with a maximum torque of 500Nm at just 1,800rpm. 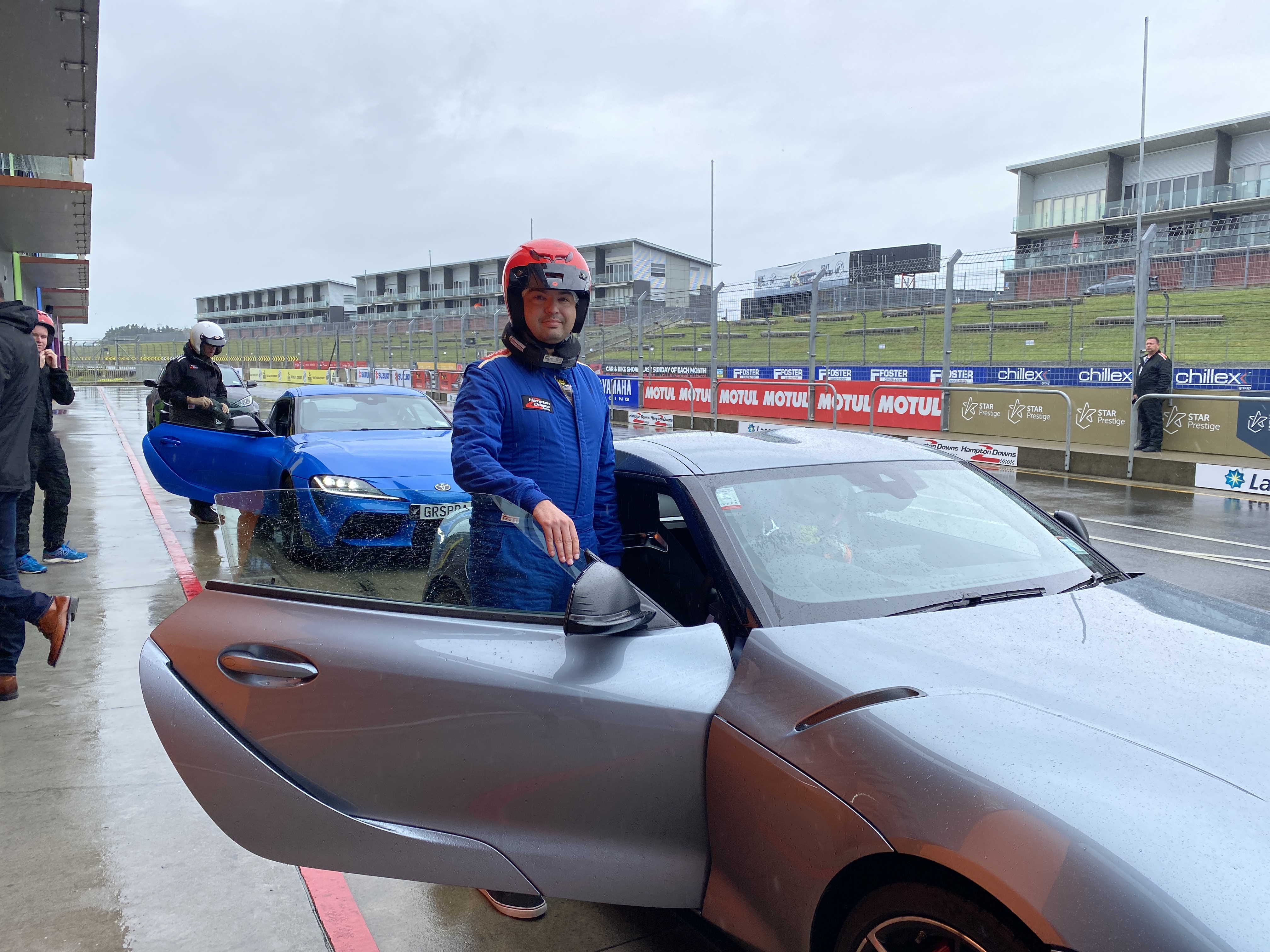 “As the halo model for Toyota sports cars, GR Supra points to a new generation of driver-focused cars that will offer dynamic styling and faithful handling, even at the limits of performance,” added Lala.

We experienced both the new and old Supra models, and have felt the improvements first hand. Rumour has it, AA Motoring expert Ian Green is still feeling the effects of a sore neck from being tossed about on the track under the supervision of the Gazoo Racing team.

It’s refreshing to see Toyota not being idle and continuing to think outside of the box, which will help to retain and grow its customer base.