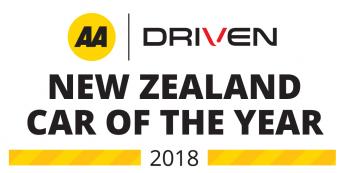 The New Zealand Automobile Association and NZME’s Driven are proud to announce a new partnership driving forward the premier AA Driven Car of the Year Awards for 2018.

Backed by a panel of judges drawn from the country’s finest motoring journalists and the AA, this year’s AA Driven Car of the Year Awards will pinpoint the country’s 10 top finalists, with winners announced at a cocktail event in December.

AA Motoring Services General Manager Stella Stocks said the new format will ensure that the winners of the AA Driven Car of the Year have been rigorously tested.

“This year there’ll be an action-packed trial of each car, which gives the judges the opportunity to score from the driver’s seat – and we believe there really is no better test than that. We are also particularly excited to be partnering with NZME’s Driven, the go-to-place for everything motoring,” Stella said.

Driven Editor Tony Verdon said the opportunity to evolve the AA Driven Car of the Year Awards was too good to pass up.

“For the first time Kiwis will be able to go behind the scenes with all the stories capturing the testing process, as well as bird’s eye video of the cars being put through their paces,” Tony said.

“Once again the public will be determining the Driven People’s Choice Award winner. We know how popular this category is, and how much the car manufacturers want to take the title,” Liz said.

“We believe the format that we’ve come up with is the perfect partnership of innovation, motoring history and expertise, which is exactly what the AA Driven Car of the Year Awards need for the future,” Liz added.

Tags Car of the Year

The New Zealand Automobile Association and NZME’s Driven have today revealed the top 10 contenders battling it...

Determining the best of the best for the 2017 New Zealand Car of the Year will be...

Electric vehicles to share 2017 NZ Car of the Year spotlight

Electric vehicles have their own category for the first time in the 2017 New Zealand Car of...