An introduction to the CUPRA Formentor

For years, CUPRA remained hidden under the guise of SEAT and the name was awarded to the sporty, more performance-orientated cars of the Spanish marque. In recent times though, CUPRA flew the nest and now sits proudly under its own, extremely exciting sub-brand.

We've seen a few models hit our shores in that time, including the Leon and the Ateca, with the exciting Leon Sportstourer just around the corner.

Now, CUPRA has launched its first bespoke model – the Formentor - and AA Motoring was invited for one of the first opportunities to drive it here in NZ.

The first thing you’ll notice is that the CUPRA Formentor is a real looker. The copper accents found on all CUPRA models are completely unique, and delivers that real WOW factor making it really stand out on the road.

The headlights and stylish body lines give off an aggressive look which, when combined with the sportiness of the alloys, spoiler and blacked out grille, creates an enviable package.

An additional standout element of the Formentor is the optional matte paint options – either Petrol Blue or Magnetic Tech – both of which cost an additional $3,500, but look excellent. 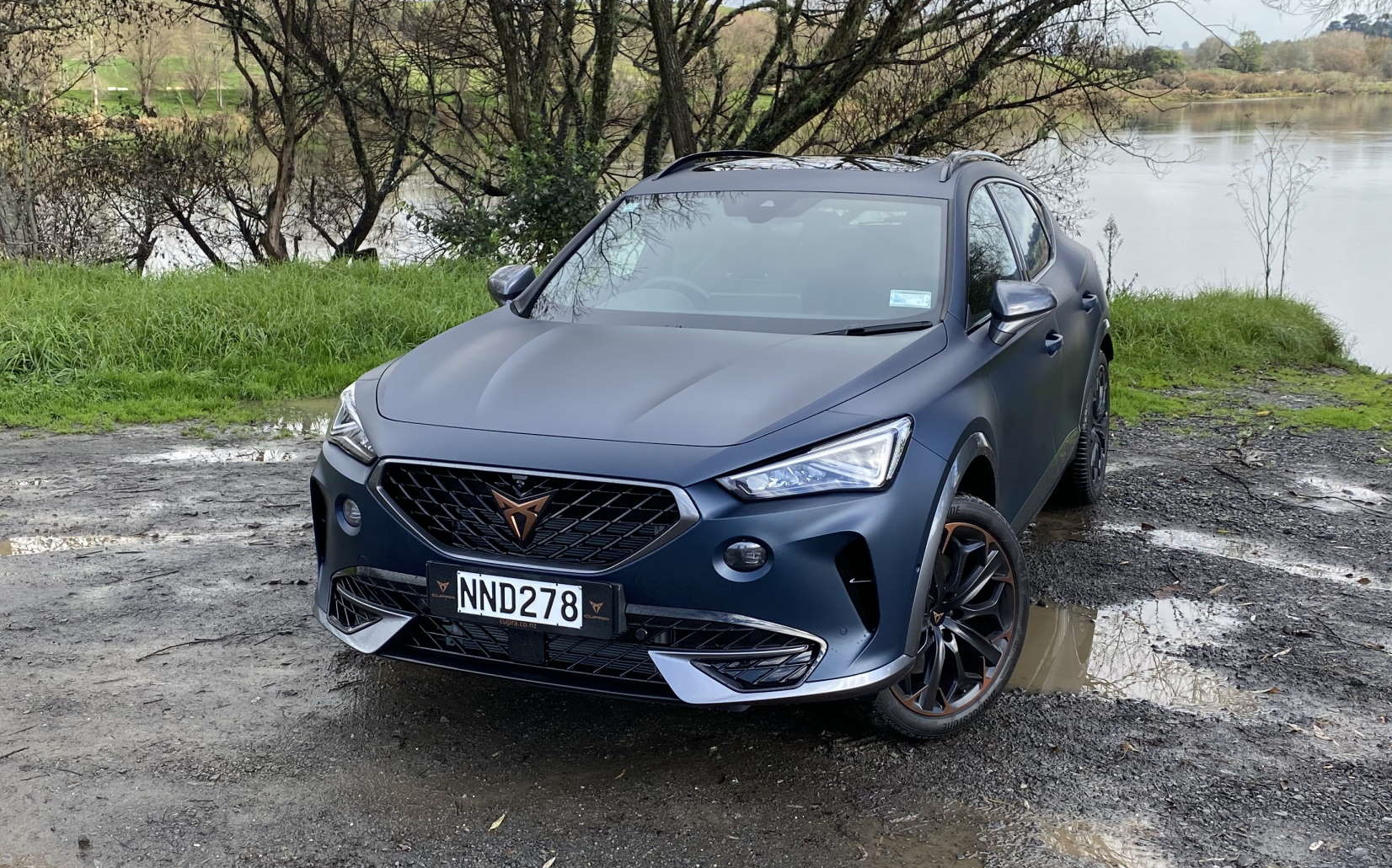 CUPRA call the car a Crossover Utility Vehicle (CUV), and it is exactly that - built on the VW Group’s popular MQB Evo platform, it uses the same foundations as the Audi A3, the all-new VW Golf and the SEAT Leon. The Formentor is 4,450mm in length, with a width of 1,839mm and a height of 1,511mm.

A lovely place to be

‘Formentor’ is the name given to the northernmost point of the Spanish Balearic Island Majorca – Cap de Formentor – and, while many of us might be craving a foreign holiday, the inside of the CUPRA will certainly suffice in the meantime.

As you might expect from a car from the VW Group, much of the trim is of high quality, with soft touch leathers dotted around the cabin. The copper theme continues on the inside, with lots of detailing used throughout. 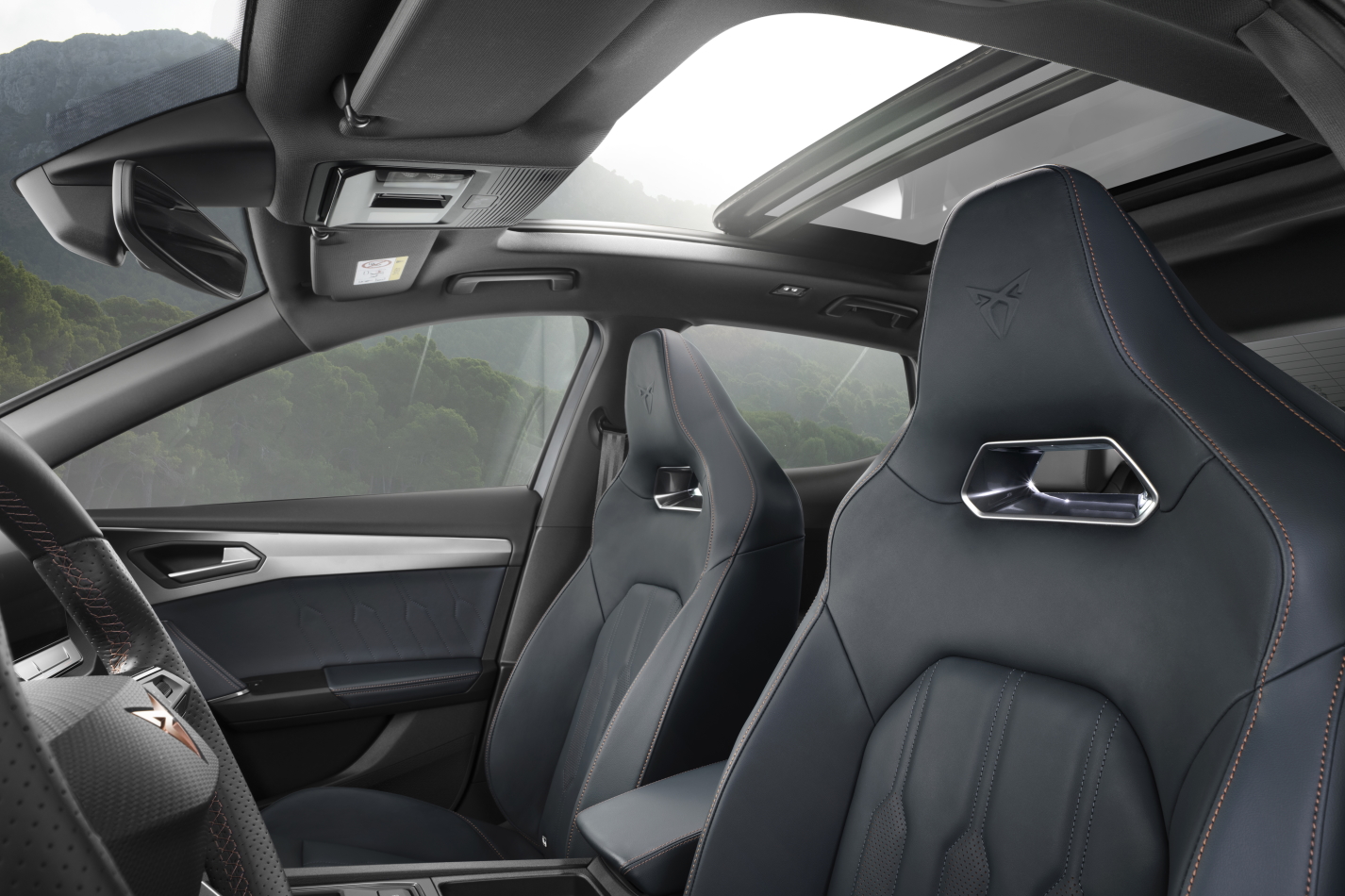 The bucket seats in the CUPRA Formentor VZ

The main aesthetic differences between the two models are things like the wheels, exhaust and seats. The front seats in the VZ are finished in Nappa leather and are quite comfortable for bucket seats, the V 4Drive makes do with standard sports seats, which are still pleasant enough to sit on.

Despite its relatively small footprint, the inside of the Formentor felt roomy, although this was amplified by the fact all the variants we tested included a panoramic sunroof (which is a $2,500 extra). Even though the Formentor uses a coupe-like silhouette, even tall rear passengers should have ample room for their head and legs.

A 12-inch colour touchscreen sits atop the dash and is pre-loaded with Android Auto and wireless Apple CarPlay. Most commands are conducted through the touchscreen, including your climate controls. It is quite a fiddly process at first but gets easier with time, although the touch-sensitive slider bar below the screen won’t be to everyone’s taste. We’ve seen this setup before in the new Golf and, although it helps maintain a decluttered look in the cabin, there’s still a demand for more physical buttons.

The sports steering wheel of the VZ also houses the start/stop button, as well as a button to cycle through the different drive modes on offer. On the V 4Drive, the start/stop button is in the centre console and you need to select your preferred drive mode through the aforementioned touchscreen. The top-end model also adds a 360-degree camera and a nine-speaker BeatsAudio sound system. Both models have been future-proofed with four USB-C charging ports, including two for the rear seats. 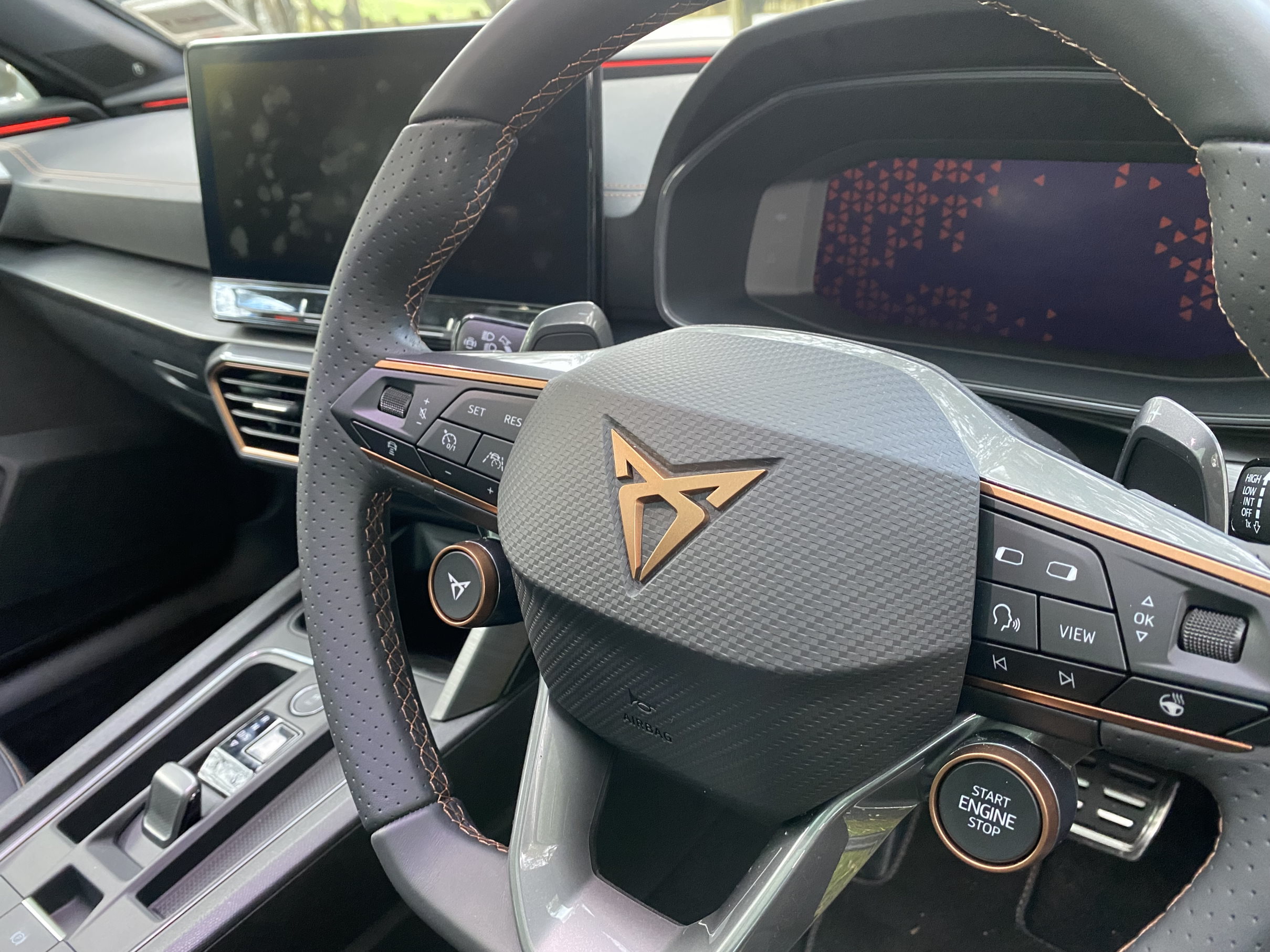 The steering wheel of the CUPRA Formentor VZ

The ‘Agile Pack’ is included as standard on the VZ, and includes heated front seats and steering wheel, Park Assist with front parking sensors, a wireless phone charger and 19-inch machined alloy wheels. This can be added to the V 4Drive for $2,500 (a saving of $1,550).

Both models of the Formentor get a brilliant 2.0-litre four-cylinder turbo petrol engine, which produces 228kW and 400Nm in the VZ (compared to 140kW and 320Nm in the V 4Drive). A seven-speed dual-clutch DSG transmission sends power to all four wheels.

Putting the VZ into Sport or CUPRA mode tightens everything up, adds a little more grunt and made the drive south of Auckland that little bit more special.

On top of the V 4Drive, the VZ boasts Dynamic Chassic Control with CUPRA sport suspension, speed sensitive power steering and a rear diffuser with quad exhaust pipes. Brembo brakes can be added to the VZ for $3,600 for some extra stopping power.

The Formentor provides a great driving experience no matter which of the two models you choose, but the VZ really surprised us with its ability to carve up country roads with ease. In the corners, it’s agile and in a straight line it can get from zero to 100km/h in just 4.9 seconds. 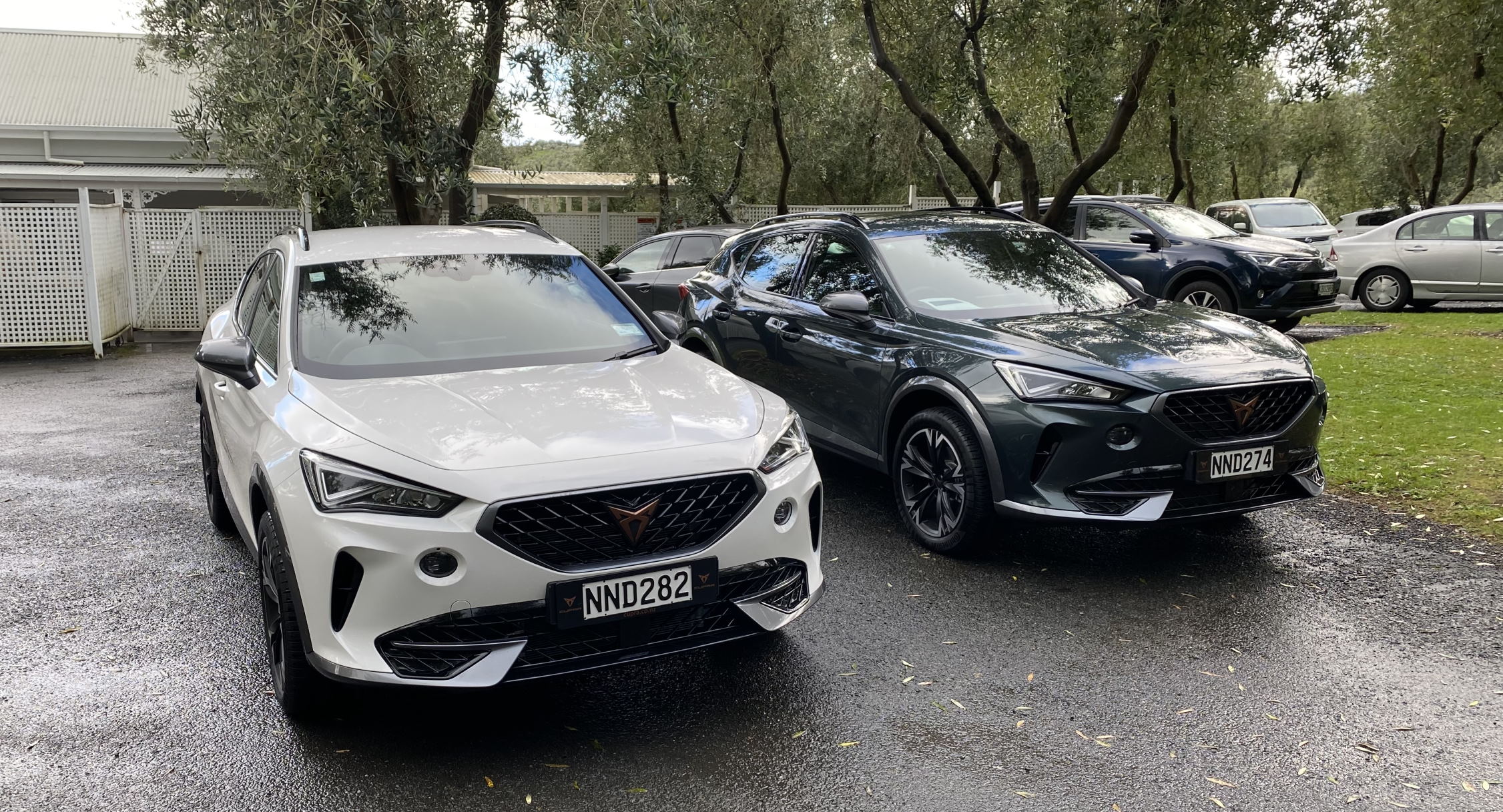 Although the Formentor has yet to be tested by ANCAP, it received a five-star Euro NCAP rating and both models included a large suite of safety features, including:

What’s next for CUPRA?

We’re already excited by the Leon Sportstourer, but CUPRA haven’t quite finished with the Formentor. Later this year, an entry-level 110kW FWD model will be on offer, with the PHEV E-Hybrid coming in 2022.

Buying a new car is a ‘bucket list item’ for some drivers - we often hear about...