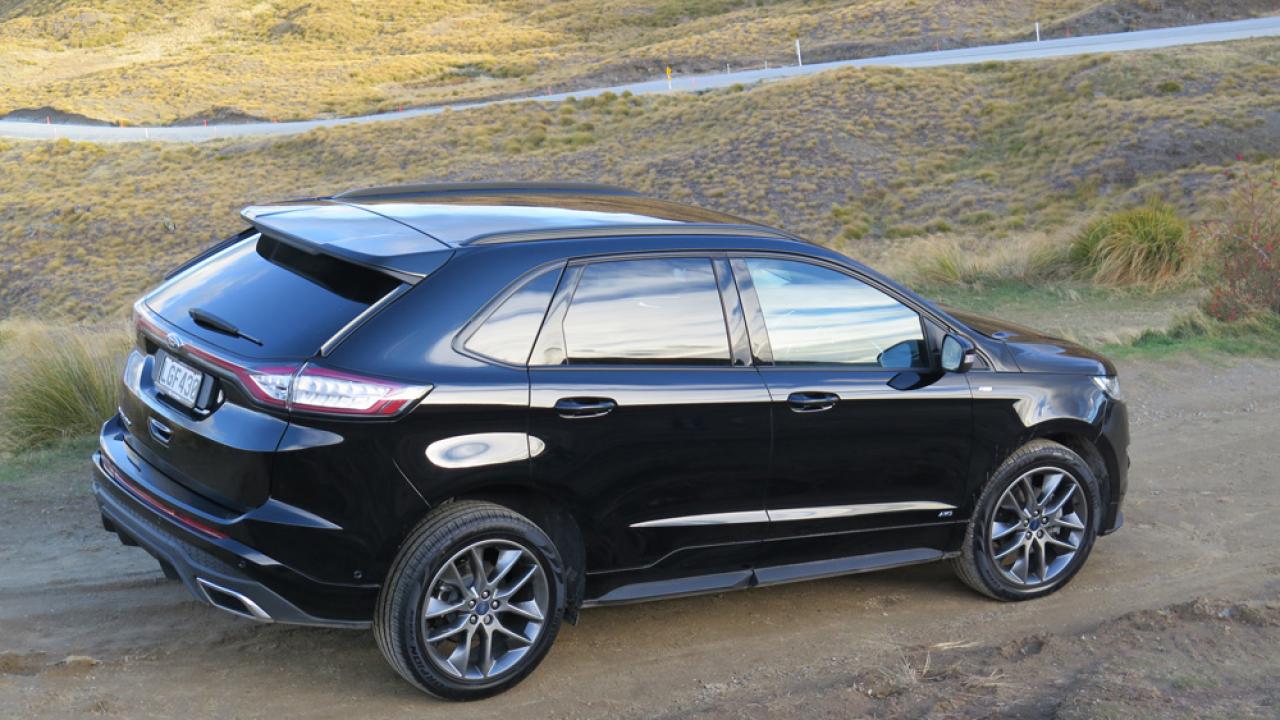 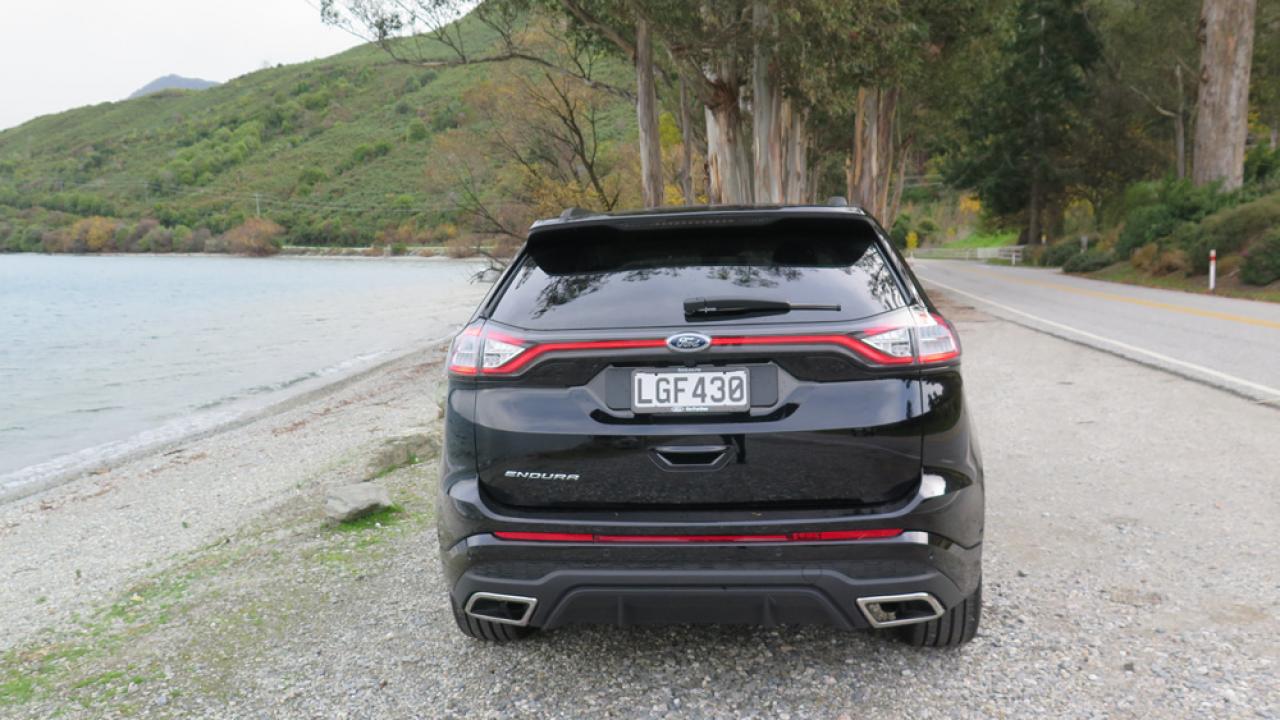 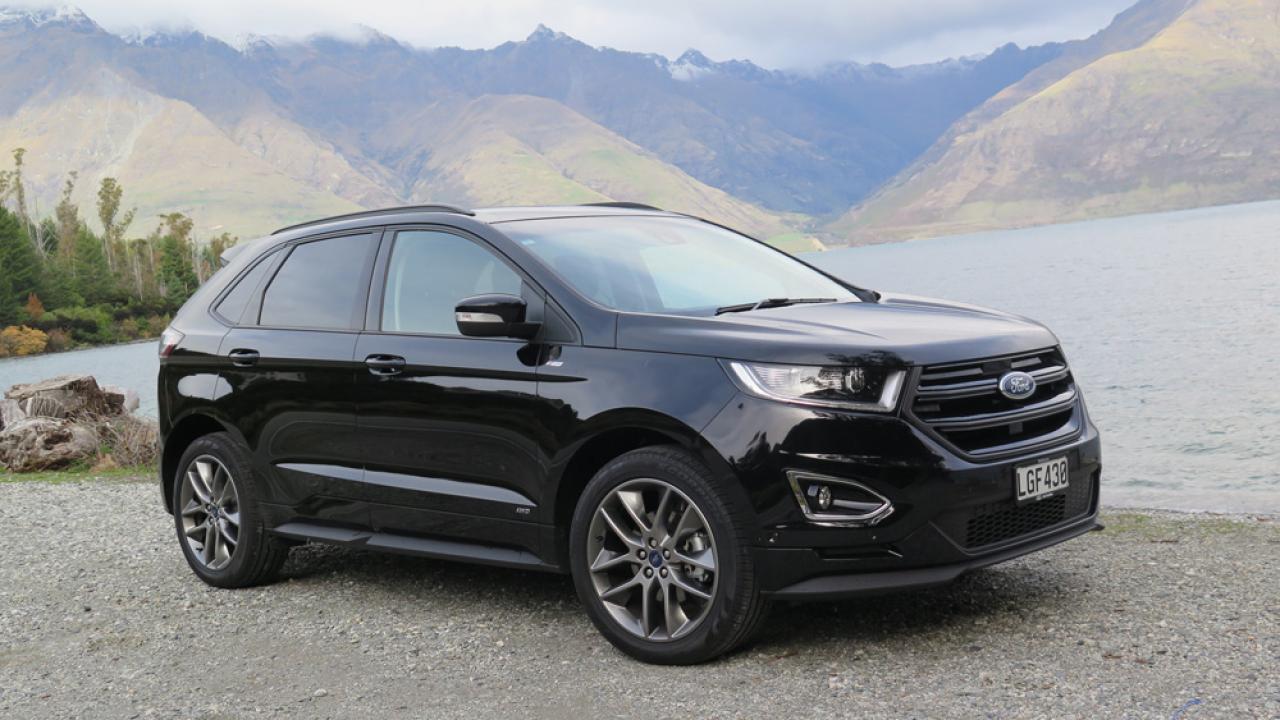 You might be forgiven for wondering if the market really needs another new SUV, but as the bracket takes up a third of new-car sales, a manufacturer needs a good range of choices to succeed here. So when the aging Territory left the arena around a year ago, Ford NZ was on the lookout for a replacement, and with Australia out of the picture, it now has the global portfolio to choose from.

Our Endura is built in Canada, sold as the Edge in other markets (Toyota holds the rights to that name here and in Australia), and slots into the Ford SUV lineup between Escape and Everest to bring the total to four, ranging in size and features.

For the meantime buyers can only obtain the top-spec ST-Line, smart, packed with goodies and priced to suit, but two more variants will undercut it by the end of the year.

The ST-Line is powered by a 2.0-litre Duratorq twin-turbo diesel engine that impressed during our launch drives. Smooth and tractable over the undulations fringing the lake as we headed south to Glenorchy, it pulled strongly when required, only needing a paddle-operated downshift for the occasional overtaking manoeuvre where brisk passing was clearly better than a leisurely approach. And being a car-based product, Endura handled confidently despite its size.

So effortless was that leg that we decided to take the road to Paradise, cruising down straights fringed with autumn trees amid a swirl of golden leaves before the road turned to gravel, and we slowed.

Except when rivers are in spate a two-wheel-drive car could take this route with ease, assuming some care when entering fords, a fact confirmed when we encountered two small camper vans on the road ahead. The Endura barely noticed the surface had changed, the AWD taking care of any slip after a light rain and idling through water courses as easily as it would your supermarket car park.

At the turnaround we were shocked to discover how cold it had become – the cabin is so comfy, the combo of auto air con and heated or cooled seats so beguiling, we’d been lulled into a false feeling of golden days, and had to scurry back into the smart, leather-lined cabin.

Not that we were complaining. With Apple CarPlay or Android Auto on tap, Bluetooth voice control, an eight-inch touch screen, satnav, and Ford’s SYNC3 infotainment system with AppLink there’s little excuse to be bored, or for the driver to be uncomfortable, given the 10-way seat adjustment.

Rear passengers who are old enough to reach (Endura can take three child seats abreast) will enjoy fiddling with their own vents, their own seat heaters and plugging their devices into their own power socket. And there’s no shortage of storage for those devices. The slot next to the USB ports up front is deep enough to swallow a woman’s hand, whole, and there’s another cubby behind the console, in easy reach from either side, but all but invisible. Plus, of course, the usual glovebox and cupholders.

Out back, as you approach the car with your arms full of kids, shopping and luggage, you simply swipe a foot beneath the bumper for the boot to open – provided the key is in your pocket or bag, of course.

Need to fold the seats, and short of time to fiddle? No worries, flick the two switches mounted by the rear hatch, and both seats flop down to extend 602 litres to a capacious 1788.

Fill that and you may be grateful for the four sturdy cargo tie-down loops, not to mention the two bag hooks to prevent smaller items from flying around.

Heading to the beach instead? Before you unload the surfboards from the roof rails provided, lift the boot floor, and behind the space saver tyre there are two quite roomy spaces to hide things – or fit the tarp and gloves, warning triangle and high-vis vest you’ll be grateful for come that winter puncture.

The closest we came to winter was an ascent of the Crown Range, during which we were equally comfy, but it wasn’t quite cold enough to put the heated mirrors and windscreen to the test.

After all that climbing and stream crossing, it’s no wonder our fuel economy averaged out at 9.9l/100km, rather than the 5.9 claim.

Endura makes a great family vehicle for those who need a lot of space and a bit of extra tyre grip, along the lines of the Hyundai Santa Fe, Toyota Highlander and Skoda Kodiaq. If you want seven seats though, you’re out of luck – that’s only available in left-hand drive at present. But if it’s just the price that’s holding you back, you’ll have to wait a few months for the entry-level models.