The event, held at Simunovich Olive Estate in Bombay, allowed journalists to experience both new cars in an array of variants.

The Ford Puma has been highly anticipated for arrival in New Zealand ever since it won seven accolades from publications around the globe, including the 2020 What Car? Car of the Year award.

You may already be familiar with the name ‘Ford Puma’, and that’s because it was the name given to a sports coupe at the turn of the millennium. 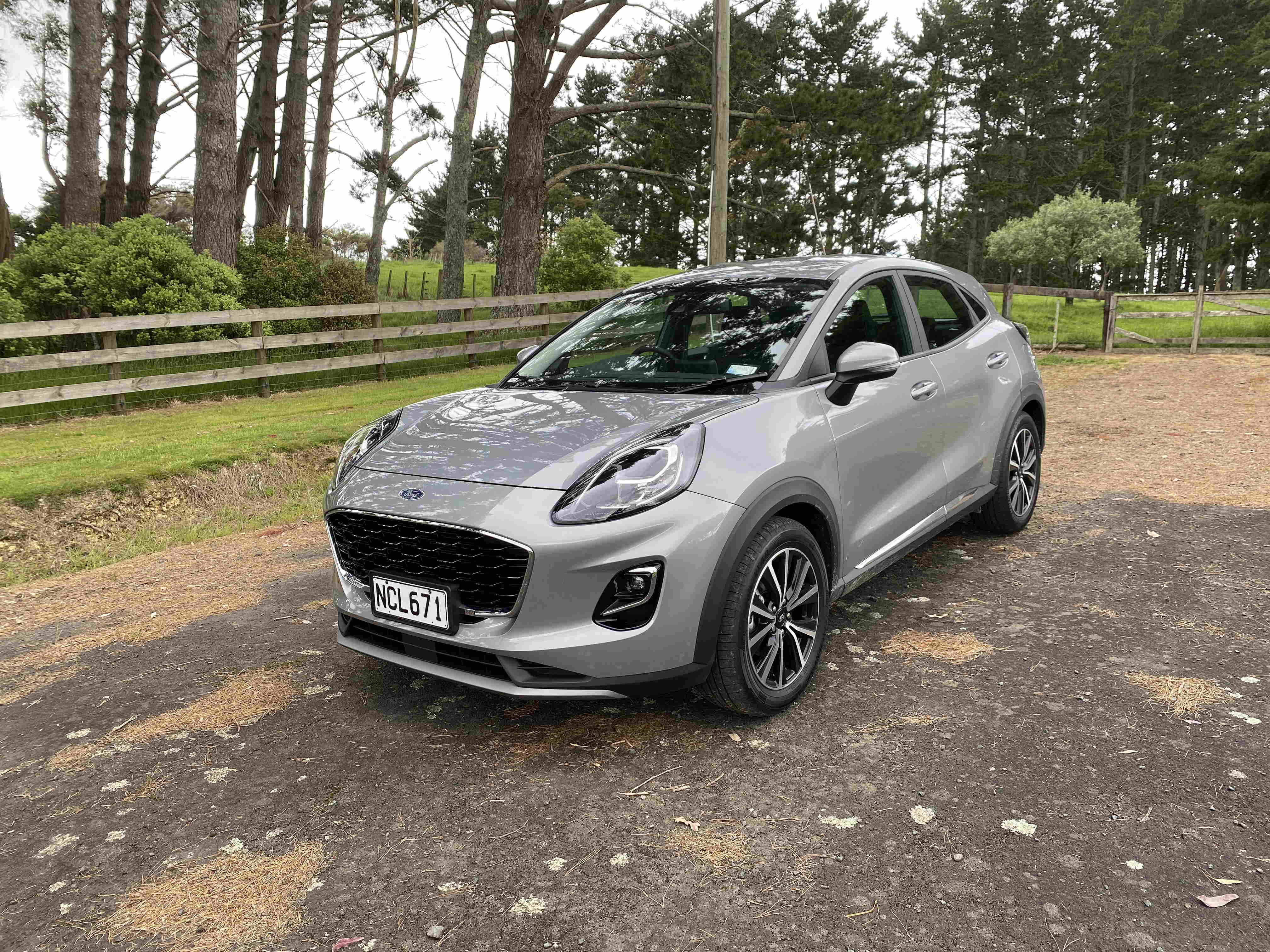 Now, it uses the same platform as the Ford Fiesta but wears an SUV suit, and both variants are powered by the award-winning three-cylinder 1.0L turbocharged EcoBoost powertrain. The engine is teamed to a seven-speed automatic transmission that drives power to the front wheels and uses just 5.3L of fuel over 100km. Despite this, it produces 92kW of power and 170Nm of torque.

Driving around the twisting roads of Bombay, the Ford Puma was really fun to drive. It felt agile and planted around the windy bends, although quite slow off the mark. Once it gets going, you certainly don’t feel like you’re in an SUV and Ford has done a great job to maintain a sporty feel throughout the car.

We were given four separate 45-minute opportunities to review the different variants of the two models, meaning we could hop from the entry-level Ford Puma into the ST-Line. But what are the main differences between the two trim levels?

Well, a lot of it is cosmetic – all chrome accents are replaced with a darker tone, including the ‘PUMA’ lettering on the rear of the car, and there is sporty red stitching throughout, as well as a flat-bottomed steering wheel. The ST-Line also benefits from a Sport suspension, which firms everything up a bit without jeopardising comfort too much, and paddle shifters are also included to change through the gears manually.

It is pleasing to see that both variants come well equipped as standard, with features like Wireless Charging, but the ST-Line comes with additional safety features like Blind Spot Detection (BLIS), Forward Collision Warning and Evasive Steer Assistance.

Surprisingly though, the NZ Ford Pumas are not equipped with the fully functioning ‘MegaBox’, which has been well received around the globe since the car’s launch and allows you to carry items up to 115cm tall due to a removable boot floor. Ford Puma models in NZ instead come with a spare tyre but, despite this, both variants still boast a 410L storage capacity with all seats up.

Unlike the Puma, the Ford Escape is a model we have seen in NZ previously.

The fourth-generation Escape is available now in four different variants, although a PHEV version will be sold sometime in the second half of 2021. 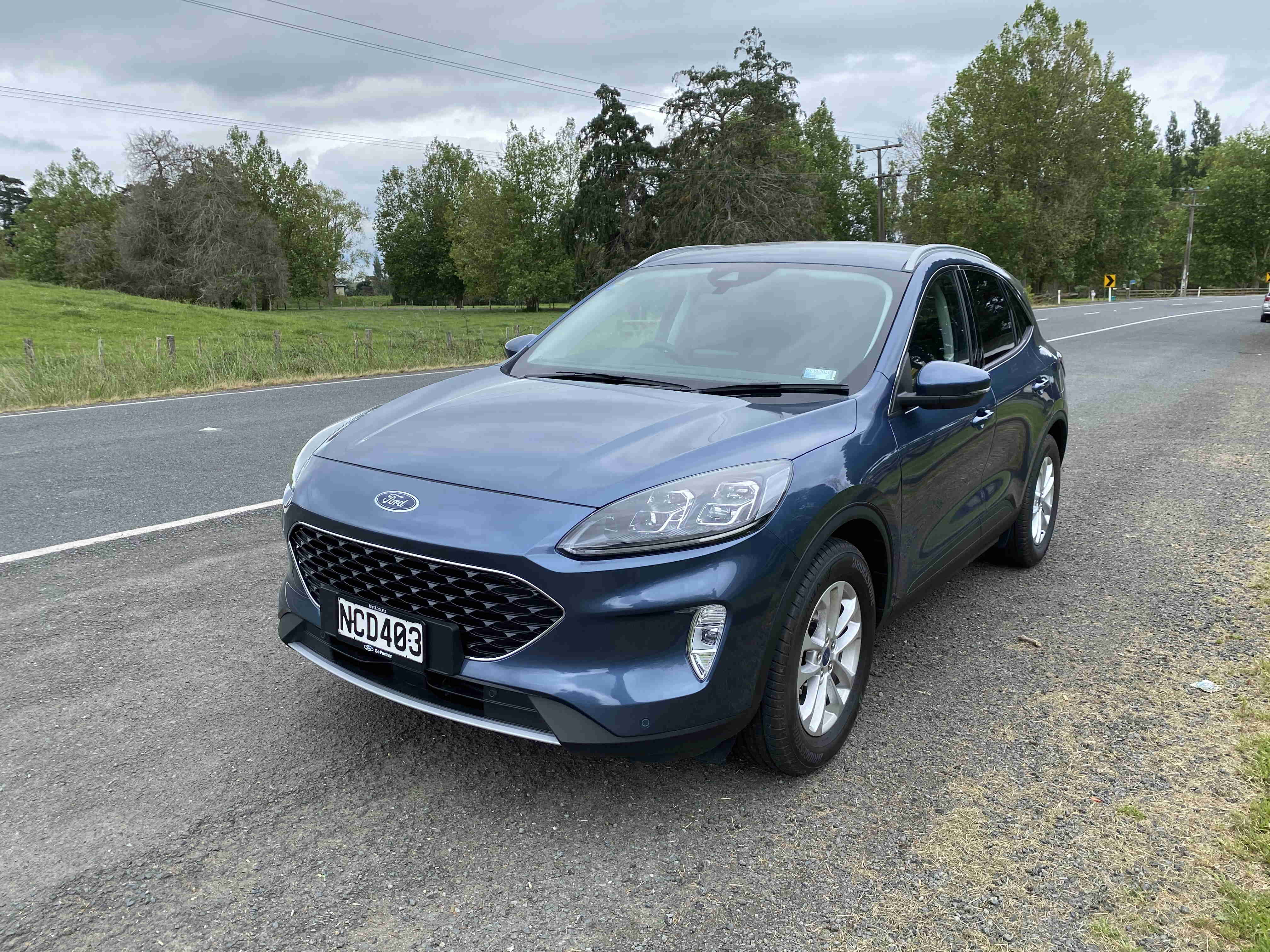 All models are powered by a 2.0L EcoBoost powertrain, mated to an eight-speed automatic gearbox. The engine develops 183kW/387Nm and combined fuel economy (across all variants) is 8.6L/100km.

The FWD is an excitable drive, and very engaging on the windy roads of the countryside. With all that power hitting the front wheels, inexperienced drivers may not expect the torque steering that can occur if you’re too heavy on the accelerator.

The AWD models feel more refined, but don’t quite provide the theatre that’s achievable in the less expensive variants.

Like the Puma, the ST-Line variants give the car a sportier look while adding sportier suspension to the experience and some added safety features.

Across the range the Escape, too, is very well equipped.