Mazda add the CX-8 to their award winning SUV lineup 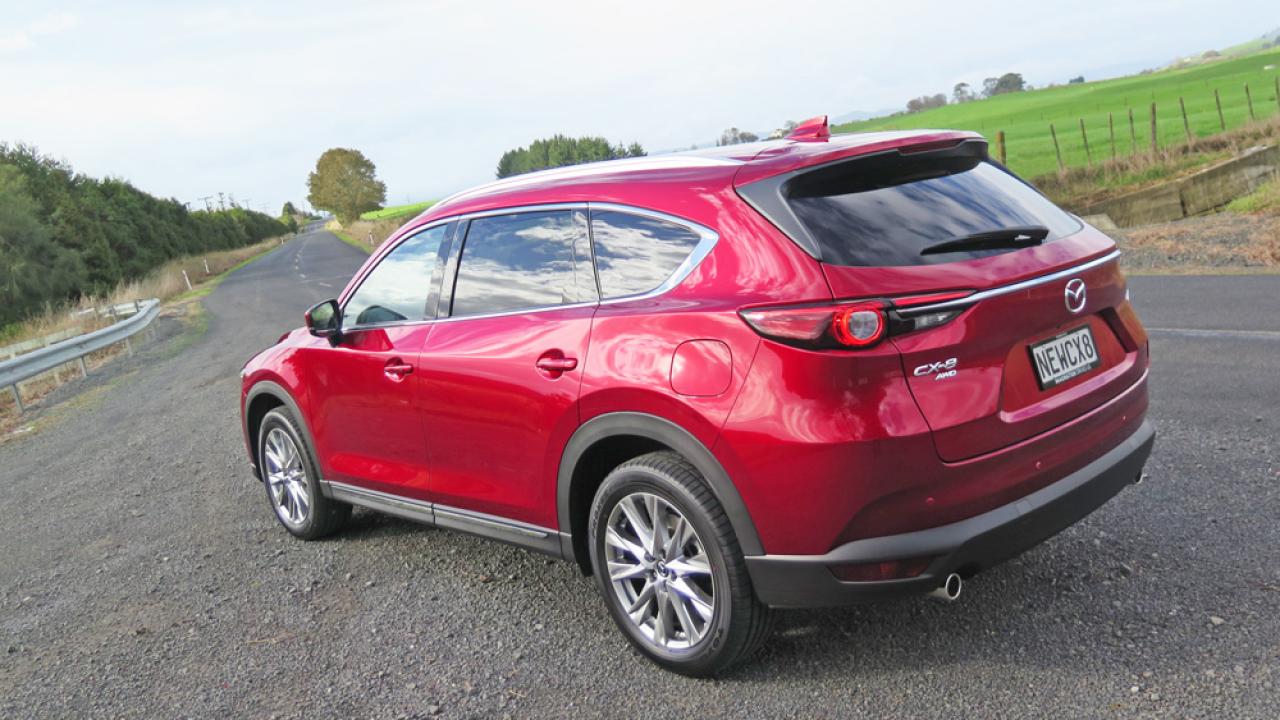 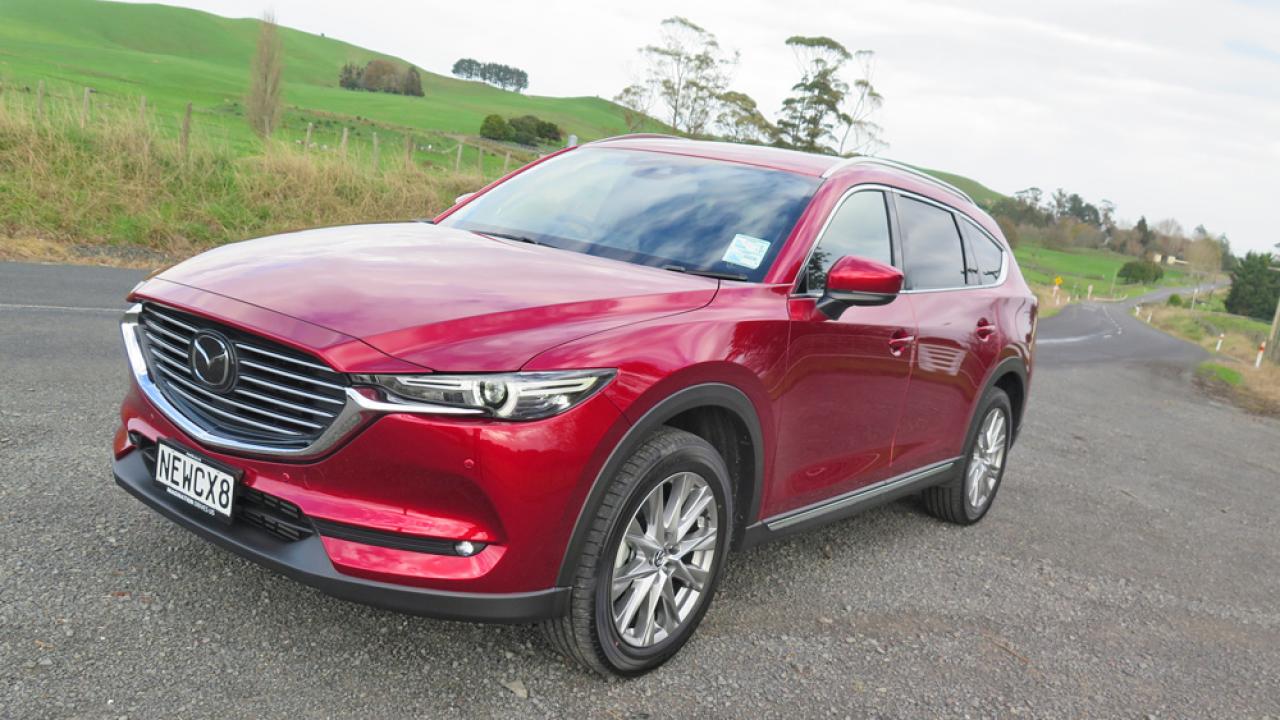 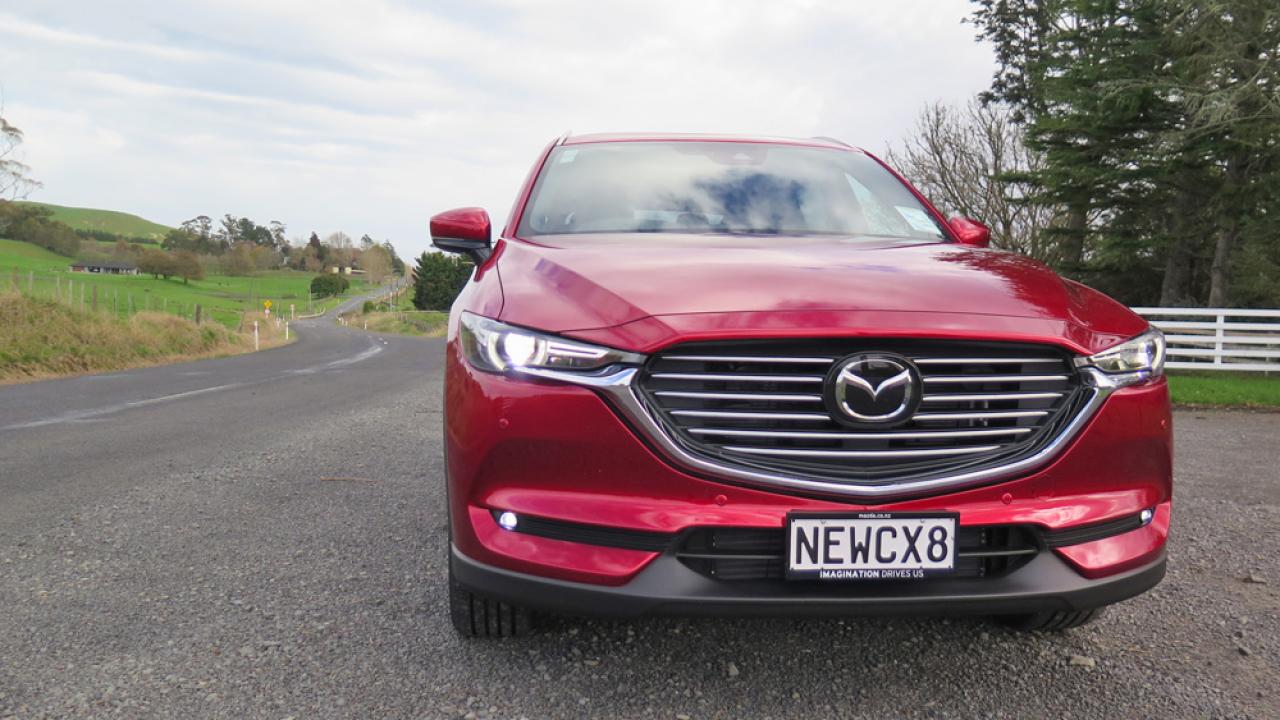 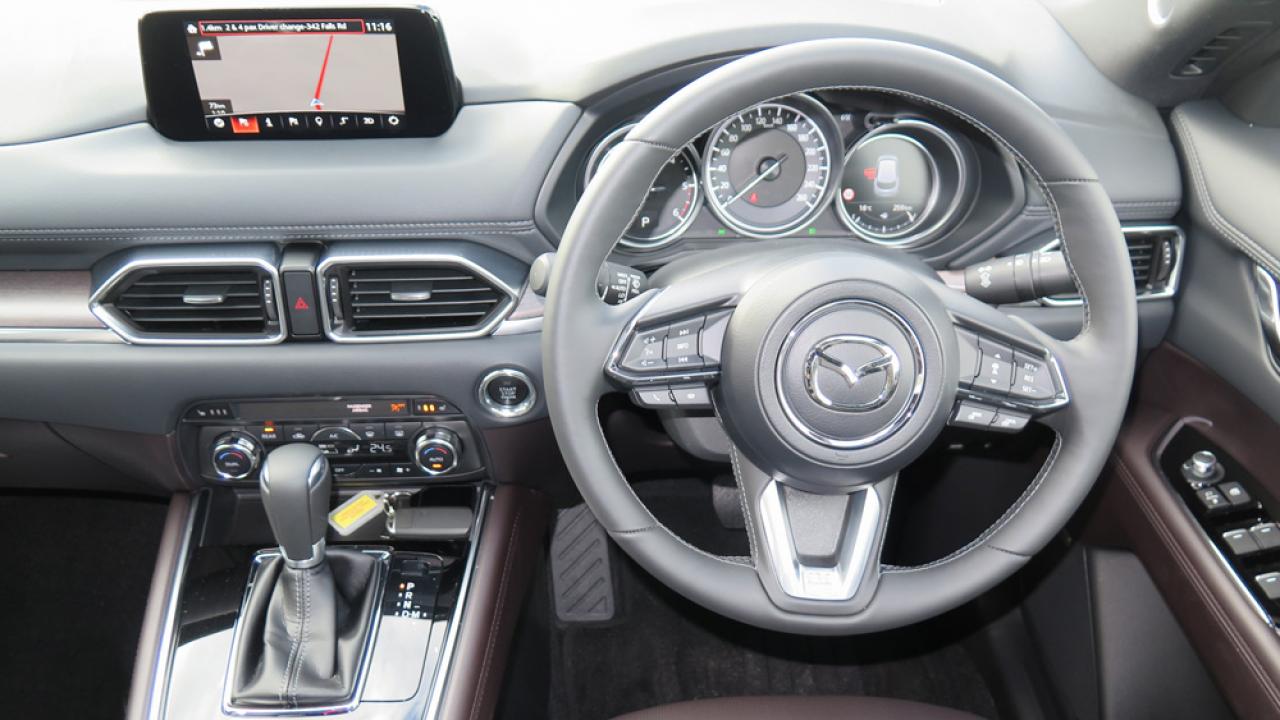 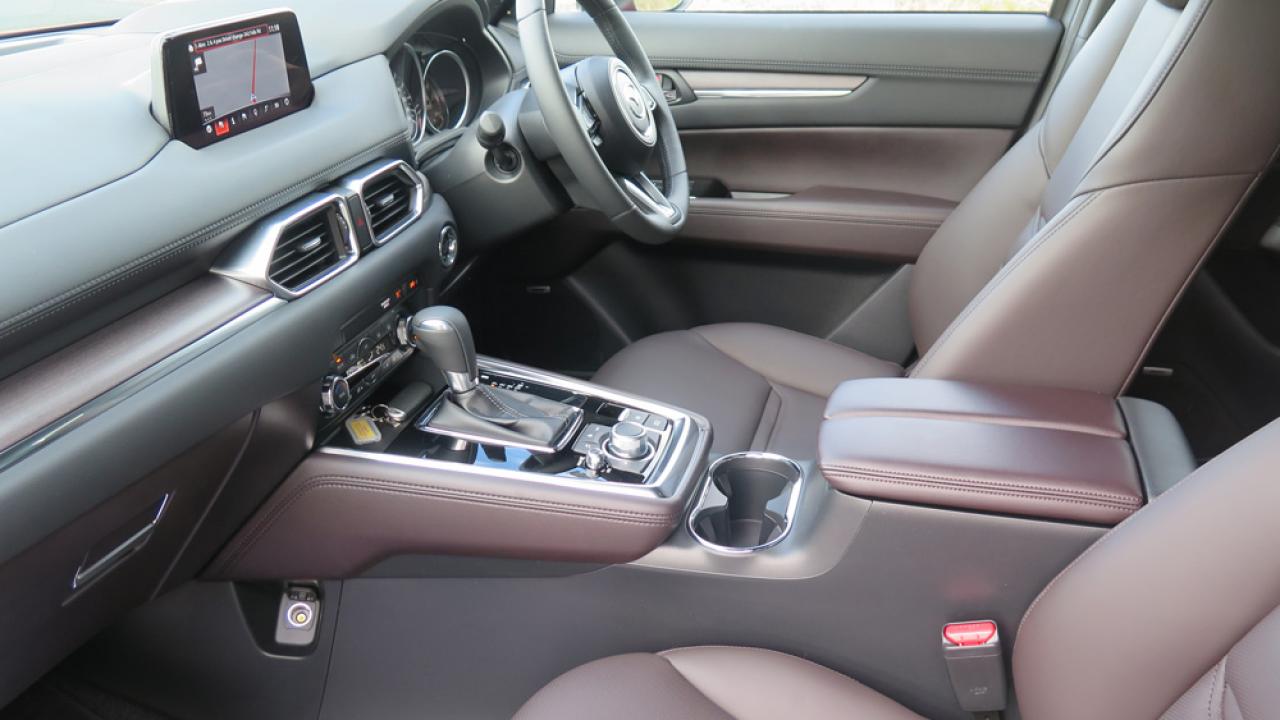 This first-ever CX-8 proves it’s not only Kiwis who eschew traditional people movers, and instead opt for the arguably smarter and more flexible seven-seat SUV.

Mazda MD David Hodge says CX-8 arrived to fill the gap as Mazda Japan dropped all its people movers. But as it’s built in right-hand drive for the home market, it’s also available to counries like ours, where families want sharp SUV looks along with everyday practicality, and seats for more than the traditional mum, dad and two kids.

The Hampton Downs launch event also marked some updates for CX-5 and Mazda6, most notably for the latter, now with better dynamics, specification upgrades, freshened looks and a new Takami spec sitting as the headliner above the Limited.

Mazda’s designers have wrought a bit of a packaging miracle with this CX-8. It boasts a shorter overall length than a CX-9, but cabin space to rival it as wheelbase is the same, though width is identical to the otherwise smaller CX-5. The sharp design creates the illusion that it’s more compact than its actual measurements, that swooping nose, the subtle bodyline creases all leading to a smart, sleek profile.

The cockpit is arrayed around the driver, but otherwise this cabin is designed purely for practicality. The wide back door and its equally wide opening angle assist access to row three, which Mazda says will accommodate folk up to 175cm in height. Certainly there’s a reasonable footwell back there compared to many competitors. As for headroom, we tried a 173cm man and a 167cm woman aboard, and given different body/leg proportions, both had headroom – just – but neither would have liked to be any taller, which at least allows the average teen to get comfy back there, putting taller folk into the spacious second row.

And a rarity – you’re not imagining things, there are indeed five child-seat tether points, and we’re told you can indeed fit three abreast in row two, for a total of up to five child seats accommodated without siting any up front.

Other thoughtful touches include stuff like two USB chargers in row two, of four overall, a powered tailgate, a premium Bose 10-speaker audio system, the usual basic safety and entertainment systems, plus a list of modern safety tech long enough to make your eyes water.

One new one is the traffic sign recognition. Mazda set up speed signs at intervals around the Hampton Downs track. With the system primed via the cruise control buttons, the car reads the speed limit, and if you’ve decided to switch the system on, it will not pass that limit unless you put your foot to the floor. So if you go from a 50 zone to 100, the throttle will work when prodded to take you to 100 – and no further. If it sees an 80kph (or 70, or whatever) it will cut power until you’re back at that new limit, and refuse to let you drift over it. Speeding tickets should become a thing of the past, and you can pay attention to the road ahead of you, instead of the gauge beneath your nose.

The headliner might have to be this upgraded 2.2-litre diesel engine, though. With 140kW at 4500rpm and 450Nm at 2000rpm, it’s a delightful unit. It’s so quiet within the cabin it’s hard to remember it’s not petrol – except for that delicious punch out of corners. And with this variable geometry turbo it feels wonderfully flexible, which combined with the supple suspension set-up – based on CX-9 but with uniquely tuned springs and damping – makes it a confident back-road tourer, even in wet conditions. We tried the AWD Limited at launch. Mazda says the AWD system with active torque control is predictive, rather than reactive. Whatever, it certainly proved effective in the changeable weather we encountered.

Mazda has slowly but steadily gained market share in recent years, and challenges Holden for number three new-car distributor. CX-5 is its top seller, taking up 30 per cent of its total volume. Mr Hodge hopes the 8 won’t cannibalise from its 5 and 9 siblings, and will instead boost the generous-sized SUV market which has languished of late with the demise of Ford’s Territory and the runout of Hyundai’s Santa Fe.

Mr Hodge expects CX-8’s arrival in showrooms this week, along with the imminent new Santa Fe, to boost the segment, and predicts sales of 1000 over the first 12 months, around 84 per cent of them in AWD.

CX-8 delivers extra seats that will suit a wider range of passenger height than usual for this format, which means that like those increasingly rare MPVs, it will carry seven adults, providing enough of them aren’t too rangy. That makes it the ideal vehicle to double as a smart executive’s runabout from nine to five, and a practical kid carrier for school runs and sports matches with children and their friends, keeping plenty of boot space for your average family of five when the holidays roll around.

South Korean manufacturer SsangYong has announced that it will release its first ever electric vehicle (EV) in...

By early 2021, all new Fords will come installed with FordPass Connect, which uses an in-car modem...