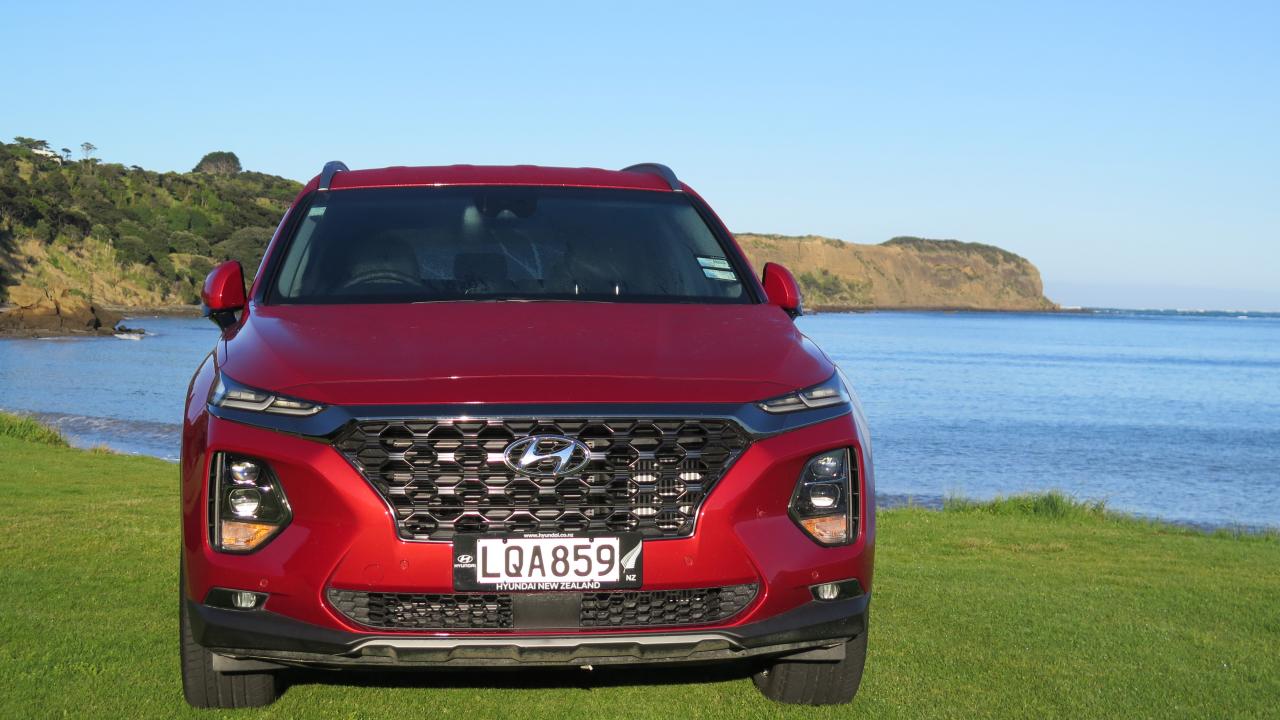 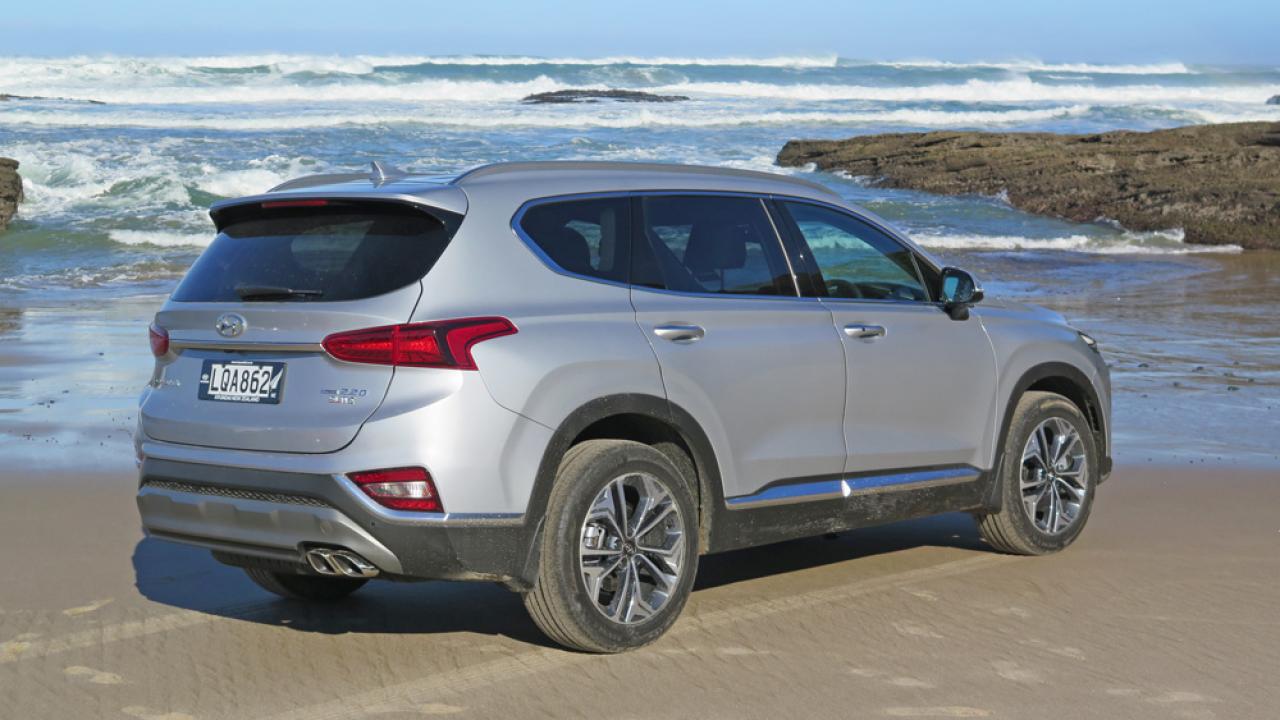 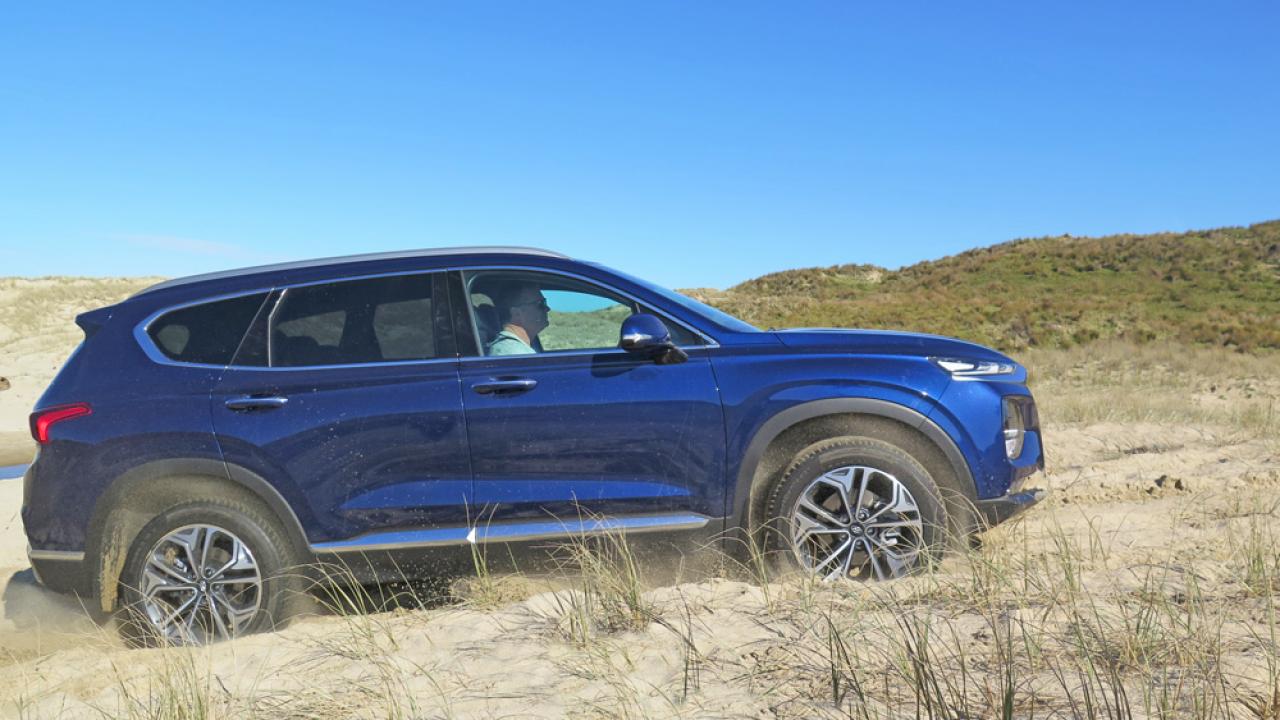 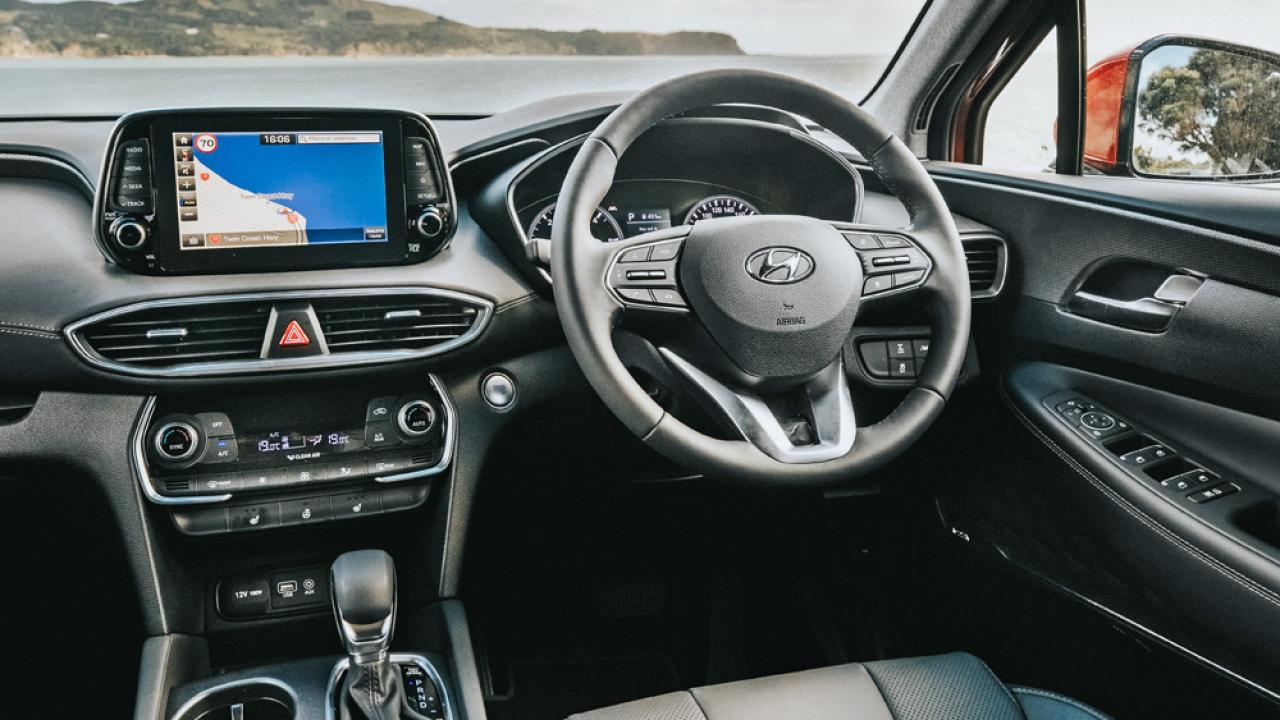 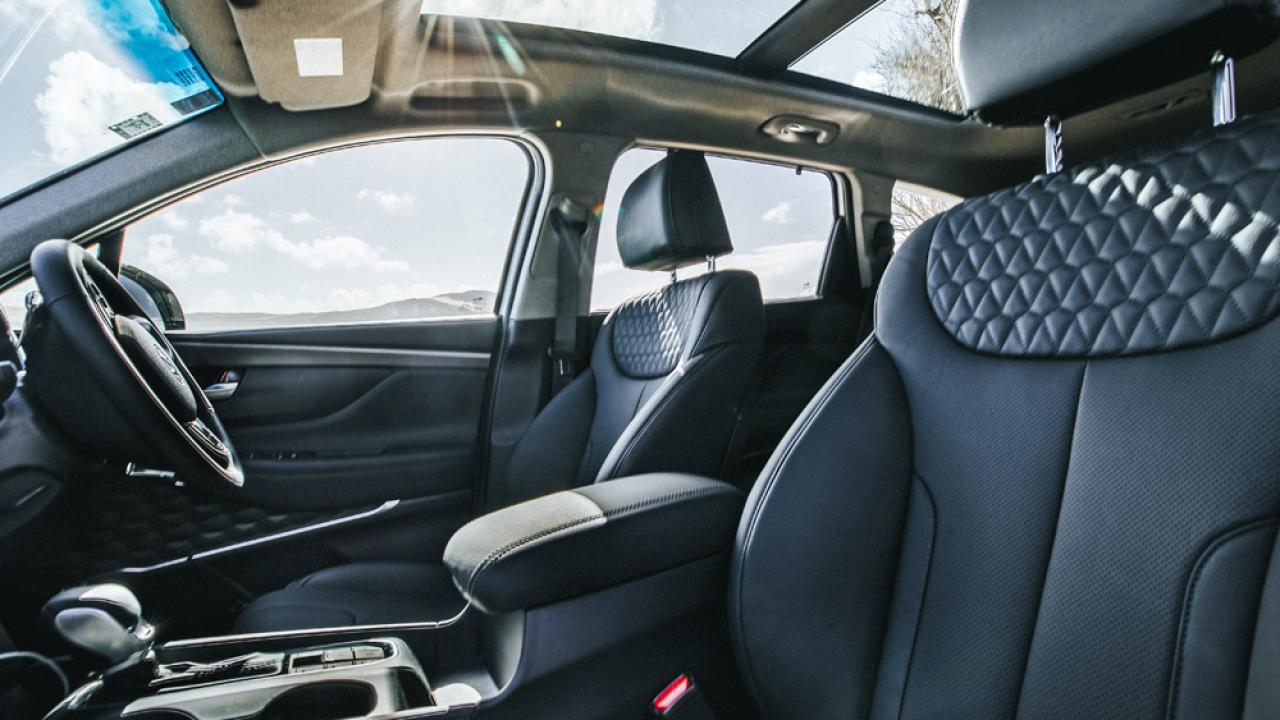 Hyundai’s fourth-generation Santa Fe launched as SUV sales YTD rose 7.7 per cent to 41.5 per cent share of a market up just 1.7 per cent overall.

Given Hyundai doesn’t compete in the ute arena, which makes up 25 per cent of sales here, this is a pretty important model for the Korean brand — 1227 sold last year, before it went into runout ready for these new cars.

There’s a sharper, sleeker look for this latest Santa Fe, and a bigger body -70mm longer and 10mm wider, with a wheelbase stretched by 65mm to expand cabin space. Third-row passengers get 45mm of additional head room – but less leg rom, so it’s not all good news. However the boot is a whisker bigger.

Given seven-seaters are popular in this bracket, there’s no longer a five-seat option. If you’re in the minority who never use those two extra pews, simply leave them folded and enjoy the extra boot space.

Santa Fe gets two engine options. The 2.4-litre petrol matched to a six-speed auto is essentially the same as before, while the 2.2-litre diesel gets a new eight-speed auto transmission.

Hyundai has fitted the HTrack AWD set-up to Santa Fe for the first time, which incorporates the braking system into wheel control. Obviously power goes to the wheels that need it, but in good going most of it’s at the front wheels in Eco mode, with rear-wheel input progressively increasing as you transit through comfort to Sport.

We’re told Hyundai’s Namyang team spent a couple of months in Australia to get the suspension right, going through 27 front and 22 rear suspension damper builds before settling on this one, with two suspension packs, one for each powertrain.

Not yet tested for an ANCAP rating, Santa Fe did score highly in its US equivalent – which uses slightly different testing criteria. Hyundai says safety is a vital factor in this family-friendly part of the market, so the base vehicle is loaded with items to suit, like rear cross traffic assist and lane departure alert. But some variants get much, much more – including Safety Exit Assist and Rear Occupant Alert.

That means if you release the child lock for a rear passenger to get out, and a vehicle is coming, the door will refuse to open. And if you hop out of the car in a tearing hurry and forget your sleeping tot in the back, it will warn you, and if you persist in leaving the car the horn will sound as soon as there’s movement. Yes, it will detect the panting family dog, too.

Santa Fe also debuts a connected car service which will have tech-heads rapt and conspiracy theorists fuming. The car has its own SIM card, partnered with Spark. There are some remote functions, like starting the car – using your own pin for security. An alert if your car is hit while parked. A service booklet and accident assist. Immediate access to service history, and recall information. Driving statistics can be kept – and fed to Hyundai, with rewards for frugal performance. You can even use your phone to Geofence your car, for example while having a coffee during a service, you can prevent the car from travelling further than 2km from your phone.

The cost of all this is covered during the warranty period. What happens once the car passes that is yet to be confirmed.

Yet it’s not the clever stuff that’s likely to be blessed during the day-to-day grind, but the small stuff which eases your life. There’s a one-touch release for the row-two seats to pull forward on Elite and Limited. The third row gets a handle to ease entry and egress without having to hold onto the exterior, and a one-touch fold system.

The one handy function that might cause more trouble than it’s worth is the front passenger electric seat adjust on the driver side, which lets the driver slide it to and fro to suit what’s happening out back. How long before row two kids work that one out?

At least you can keep them entertained when you manoeuver, as there’s a battery of surround cameras to do everything from helping you park, to assisting when loading a trailer.

It’s easy to be impressed with Santa Fe. It’s big, it’s comfortable, it’s practical, and spend a little extra on the Elite or Limited and you get a list of kit as long as your arm, some of it so clever even your kids will be impressed.

You’ll also get a comfy drive, and the sort of engine performance that’s par for the big SUV breed. But you expect all that at this money, and that could be Hyundai’s challenge, for there are a lot of good seven-seaters out there. We’d just hopped out of Mazda’s CX-8, which lacked a few of the Hyundai’s features but delivered better third-row seat dimensions and a more confident, incisive drive experience at a lower price.

We look forward to driving the Santa Fe on familiar roads and in real-life scenarios, but meantime our jury’s out.

Next year will be a busy one for Hyundai. It launches a facelifted Tuscon in November, with an i30N Fastback expected next year, a Hyundai fuel cell truck in 2019, and a Veloster N when RHD becomes available.

Westpac has welcomed the arrival of 65 new electric and plug-in hybrid cars as it gears up...