Thinking about buying a hybrid? You're not alone

When looking for a new car, more Kiwis are now looking for the most fuel efficient option, including electric vehicles (EVs) and hybrids.

The reality is, however, that while we are starting to see more EV options arrive on our shores, ‘pure’ EVs are not always an option for many drivers, whether that’s due to the total purchase cost or the limited range and charging times. For those people, a hybrid is becoming a popular alternative.

Last year during some of the most difficult periods the industry has faced, hybrid vehicles performed surprisingly well - up around 48 per cent over the previous year. Year-to-date, sales of hybrid vehicles are up 52 per cent.

Last month, the Government announced a new Clean Car Standard which will take effect next year, requiring car importers to meet a 105 grams of C02/km average by 2025. If they don’t, they could face fines from 2023 for not meeting annually reducing targets.

The same target was met in Europe in 2020 but New Zealand is way behind – we currently have an average rating of 171g/km. Japan also hit the same target back in 2014.

The move is designed to de-carbonise the incoming fleet which will further push the demand for electric, hybrid and plug-in hybrid vehicle technology. There are currently no new cars with conventional internal combustion engines that meet the 105 grams per kilometre target. The closest is the 1.2-litre manual Suzuki Swift, which is 106 grams per kilometre.

Here are three new hybrids available today in NZ that are worth considering if you have fuel efficiency at the top of your car-buying priorities, and you aim to meet the Clean Car Standard for emissions: 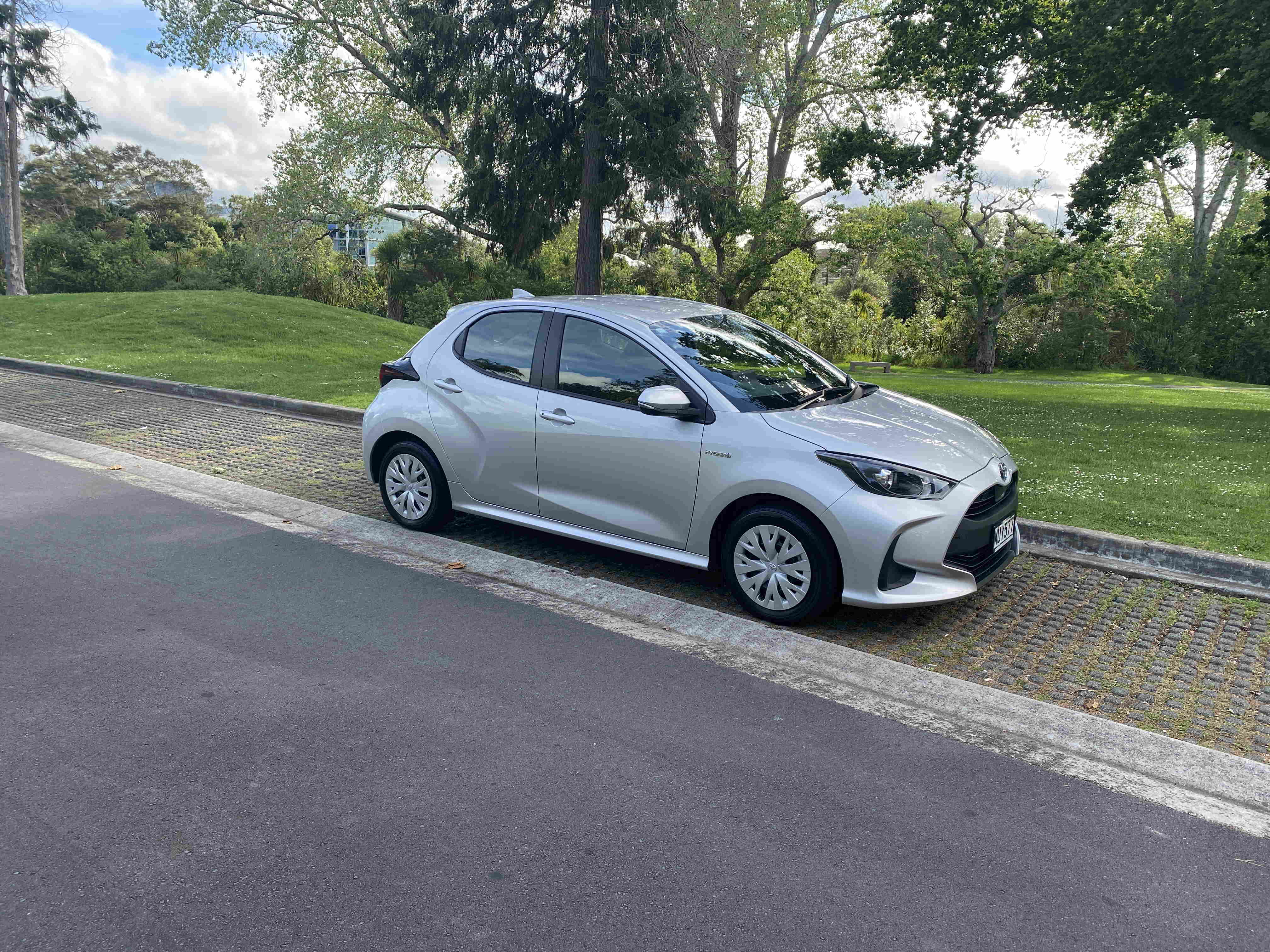 There are many models to choose from in the new generation Yaris line up, with multiple variants on offer for you to consider.

The new Yaris Hatch GX Hybrid is now in its fourth-generation, and has a sportier and bubblier appearance than before. Its price point is only a mere $2,000 over the equivalent conventional petrol Yaris GX.

The new compact lithium-ion battery and electric motor combination provides a perky ride, which gives decent torque around town. The new engine develops 85kW of combined power, which is only about 3kW less than the petrol variant.

The entry model includes Toyota’s Safety Sense suite, as well as Apple CarPlay and Android Auto, and a respectable six-speaker audio system is included as standard. Despite its size, the Yaris still manages to boast a boot capacity of 270 litres with all the seats up. 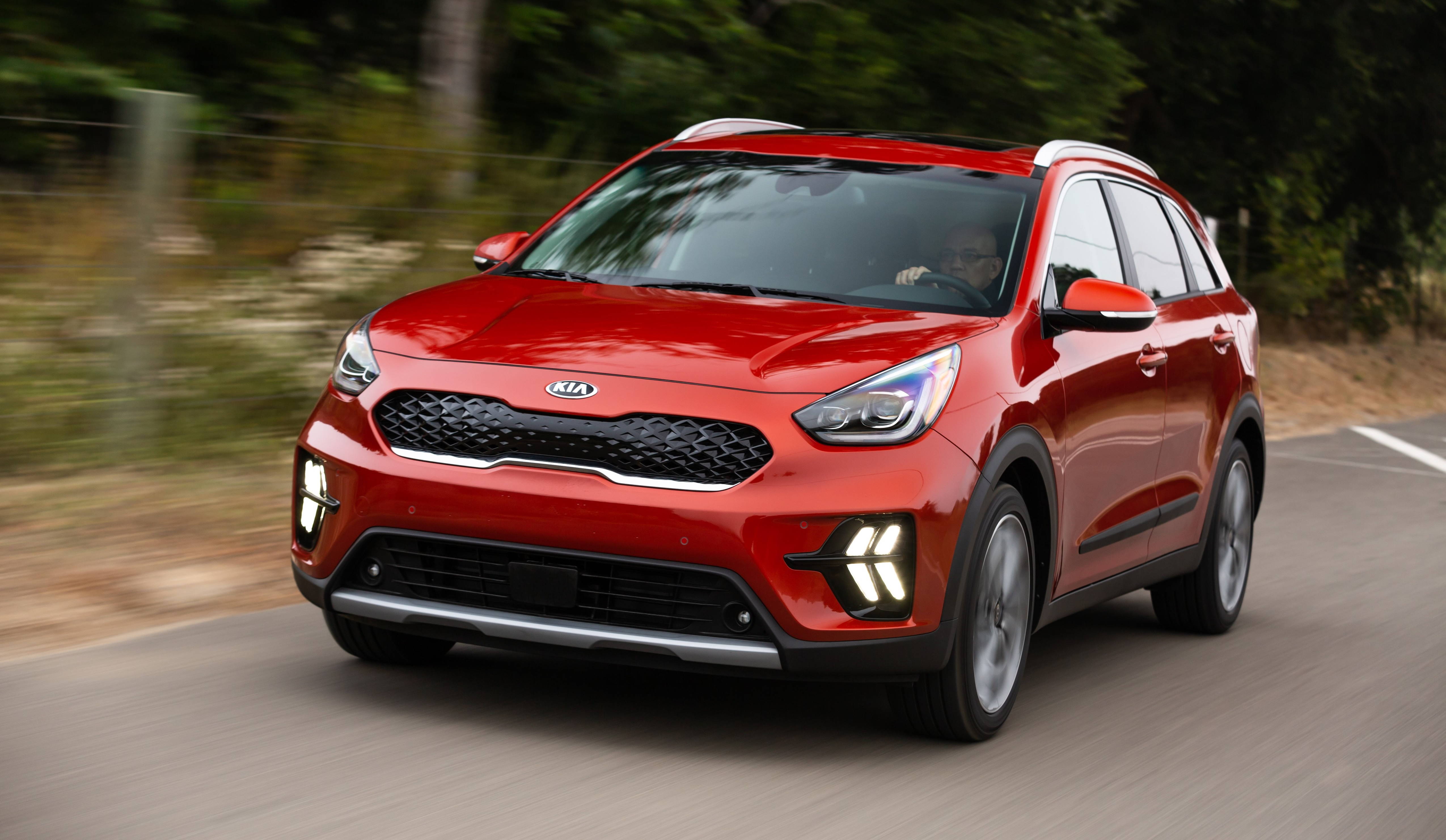 This car is pitched as a compact SUV, but it probably looks more like a jacked-up hatch to the majority of us. Nevertheless, the 160mm of ground clearance is very useful for getting in and out of the car, particularly if you have mobility issues.

The Niro makes use of a 1.6 litre Kappa engine which, combined with the electric motor, produces 136kW of power. It also uses a Lithium Polymer battery and utilises a six-speed dual clutch transmission over the CVT type found in Toyota models.

In terms of space, the Niro is well ahead of the other two hybrids we’ve listed in terms of storage, with 401 litres in total (seats up). The Niro would be a good choice if you’re after something a bit different and you desire an elevated driving position. If you have kids, there’s reasonable room for back seat occupants and this model also incorporates child seat anchor points along with rear occupant alert. 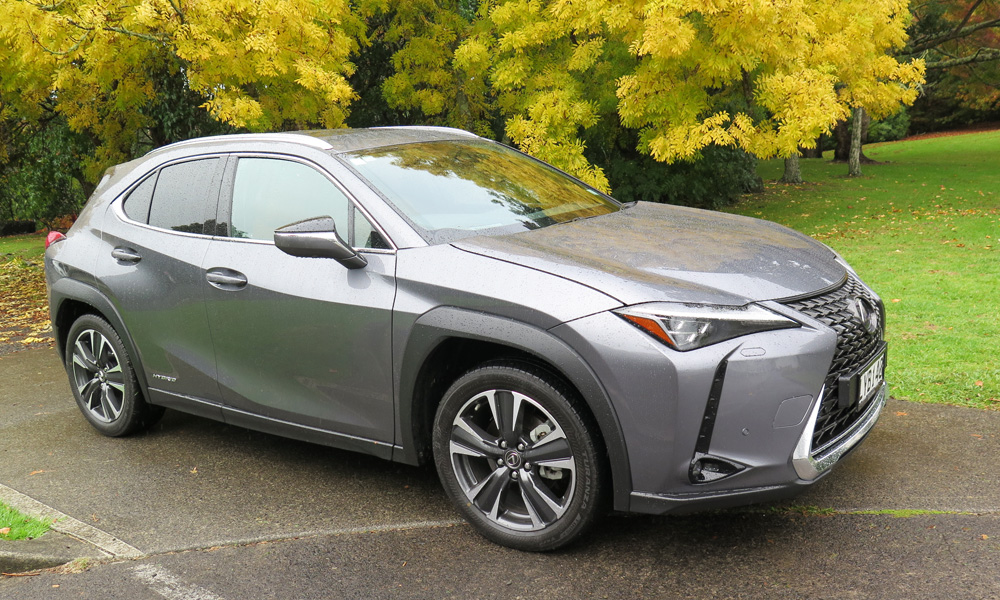 The Lexus UX 250h is a luxury crossover that uses their global architecture C platform, which possesses a low centre of gravity to provide hatchback-like driving dynamics. It includes three selectable driving modes for a more engaging driving experience, along with a marvellous eight speaker sound system and a 10.3-inch EMV display with sat nav.

It’s powered by a thrifty 2.0-litre petrol engine and has a combined power output of 135kW with a consumption of 4.5L/100 km, which is pretty impressive for this class of vehicle. In terms of space, it’s the smallest on this list with just 220 litres of luggage capacity with the tonneau cover in place and seats up.

The Lexus UX 250h also features a comprehensive safety package thanks to the second generation of the Lexus Safety System+, which includes Night Time Pedestrian Detection, a Pre-Collision System, as well as Lane Tracing and Road Sign Assist.

The Lexus marque is often the go-to luxury choice for many Kiwis, and the latest hybrid model is arguably more enticing than ever.

So, shall I go hybrid?

The new Hybrid figures from last year suggest that there’s an ever growing interest in Hybrid models in New Zealand. 2021 should prove to be another good year for Hybrid vehicles, with models like the Mazda CX-30, Suzuki Swift and Subaru Forester/XV Hybrids adding to the mix.

If you’re in the market for a new car and want to keep an eye on your carbon footprint, there are many more hybrids now available worth considering.

Ever considered a hybrid or plug-in hybrid electric vehicle (PHEV)?

Owning a fuel efficient vehicle is becoming increasingly important to NZ drivers as the cost of fuel...

Ever heard of a 'mild hybrid' vehicle?

With much of the world’s news talking about the impacts of emissions and pollution on the environment,...