BMW New Zealand will introduce the all-new, third generation BMW X1 to the local market in Q4 this year. It’s bringing a host of compelling new features to the premium compact crossover segment before following up in Q1 next year with the fully electric variant, the first-ever iX1.

That’s right, for BMW lovers there will be a fully electric model, which will feature the latest BMW eDrive technology.

What to expect from the Third generation BMW X1

The X1 will first launch later this year in a petrol variant, a 1.5-litre three-cylinder TwinPower Turbo engine with 115kW and 230Nm. The claimed fuel consumption is 6.5L/100km on the combined cycle. The engine is mated to a seven-speed Steptronic transmission and double clutch set-up, with power sent exclusively to the front wheels.

The Xi promises to deliver the driving experience for which BMW is renowned. Improvements include reduced body weight with increased rigidity, and targeted upgrades to the single-joint spring strut axle at the front and the three-link rear axle.

Near-actuator wheel slip limitation is fitted as standard in the new BMW X1, enhancing both traction and directional stability. Other new features include the integrated braking system and the extra, lift-related damping at the front axle.

Sculpted surfaces and a long roofline are the distinguishing features of the new model. When viewed from the rear, the slim tailgate window, horizontal lines, LED lights and flared wheel arches produce a more contemporary appearance. 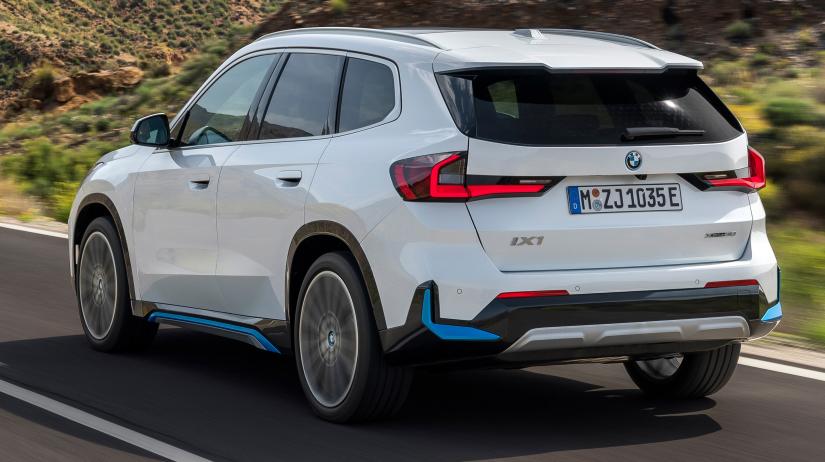 The upright front end of the new BMW X1 gives it a much greater sense of presence, with slim LED headlights, a large, almost square BMW kidney grille, X-shaped lines radiating out to the sides and chrome strips in the lower air intake.

The M Sport model, also offered as an alternative to the base specification, places the focus firmly on dynamic driving pleasure with features like large cooling air inlets.

A range of alloy wheels in 18, 19 and 20 inch sizes – the latter a first for the BMW X1 – will be available, and customers will be able to choose from an array of exterior paints, including newly available finishes.

Existing functions can be upgraded by means of the Remote Software Upgrades facility, which also makes it possible to add new functions via the BMW New Zealand Connected Drive store.

Occupants are treated to the latest-generation BMW iDrive multi-sensory vehicle experience in the form of the standard-fit BMW Live Cockpit Plus. 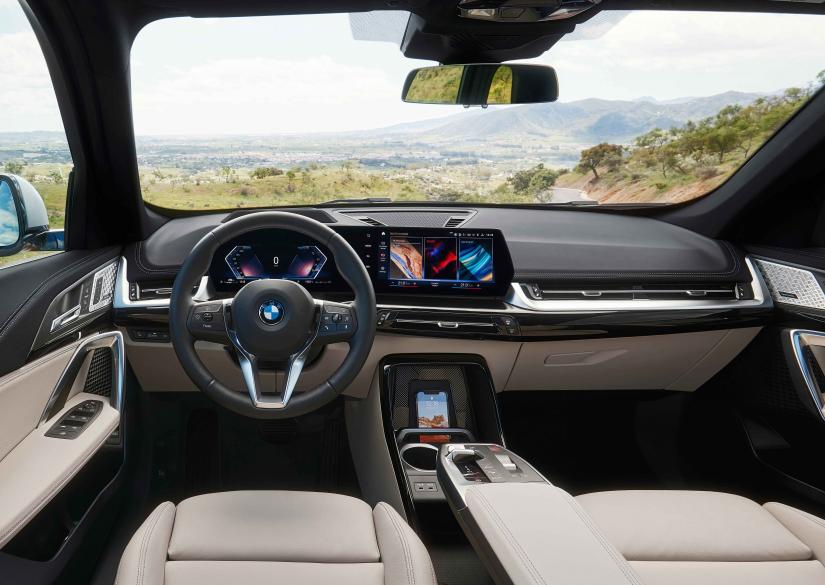 The fully digital screen grouping is formed by the 10.25-inch information display and the control display with a screen diagonal of 10.7 inches. The new BMW iDrive is geared purposefully to providing intuitive touch and voice control.

The new My Modes combine individually selectable vehicle settings with matching experience worlds for the interior. In addition, a smartphone tray takes centre stage in the front section of the centre console. Phones can be secured by a movable clasp and positioned upright in a portrait position to be visible to both driver and passenger while being charged wirelessly.

Other features include BMW Digital Key Plus, the BMW ID functionality and smartphone integration using both Apple CarPlay and Android Auto.

What to expect from the electrified option?

The BMW iX1 xDrive30 is the first all-wheel-drive electric offering introduced by the brand in the premium compact crossover segment. 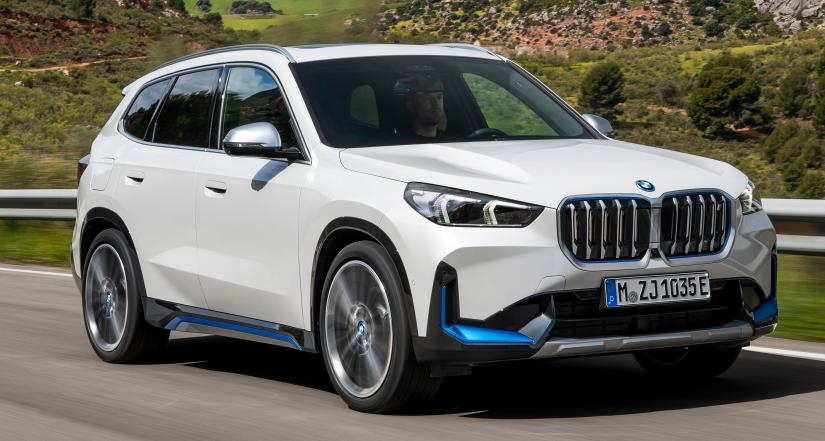 Two highly integrated drive units at the front and rear axles deliver a combined output of 230kW – taking the temporary boost effect into account – and post an overall torque figure of 494Nm.

The electric all-wheel-drive system ensures supreme traction and directional stability in all situations. The BMW iX1 xDrive30 completes the 0 to 100 km/h sprint in just 5.7 seconds.

The fifth-generation BMW eDrive technology additionally comprises the car’s highly efficient charging capability, including the improved charging software also found in the BMW i7, and a high-voltage battery positioned flat within the vehicle’s underbody. The high energy density of the battery endows the iX1 a range of 413 – 438km (Note: figures relating to output, performance, energy consumption and range for the BMW iX1 xDrive30 are predicted values based.

The addition of the iX1 xDrive30 in 2023 will expand BMW Group New Zealand’s electrified model portfolio to 12 models, which is BMW claim to be among the most of any manufacturer represented in the country. Last year the group announced their plans to step up its fight against climate change.

Sustainable measures have been implemented in the development of the new X1, with extensive use of green energy both in production and across the supply chain, as well as use of greater quantities of secondary raw and natural materials.

The main focus of the company’s strategy is, to drastically reduce CO2 per vehicle by 2030. The BMW Group is committing to a more sustainable pathway, with the goal of limiting global warming to 1.5 degrees C.

For those buyers serious about owning a luxury electrified sedan, that of course must sport a Bimmer...

In the lead up to this year’s Super Bowl - a huge television event in the USA...