Battery Electric vehicles (BEVS) are picking up the pace in New Zealand. In December 2021 we saw the second highest number of BEV sales for the year, with the segment up an incredible 345 per cent for the year.

With the rise of BEVs on our roads we are getting many more inquiries about BEV range and what impacts it. While we often talk about fuel economy and how to get more out of your tank of fuel, there are also ways to enhance the range of a BEV.

Driving on the open road

Contrary to vehicles with internal combustion engines (ICE), a BEV’s battery range, or achievable travel distance, decreases at a significant rate when you’re on the open road compared to simply driving around town. This is interesting when comparing with an ICE vehicle, where vehicles generally operate most efficiently travelling at 100km/h.

Therefore, BEVs are a fantastic choice for the average motorist who travels short distances at urban speeds. This is primarily because the main component that drains the battery in a BEV is the electric motor required to drive the vehicle. Under acceleration to reach and maintain motorway speeds, the draw on the battery is far greater than around the city where lower speeds are required.

Other factors that impact range

Other factors that determine vehicle economy/range are individual driving styles (how you drive), where you drive (hills, city, highway), and loads that can draw power from the engine or battery; both physical and electrical.

Loss in BEV range can be attributed to four key areas - some that can be changed and some not so much. Manufacturers are constantly making improvements in these key areas with a goal of getting further from a single charge.

If you look at the front of a BEV, it usually looks a little strange - dome shaped with no front grille (no radiator to cool). The underbody is all covered up to keep that air passing smoothly under to reduce drag and help the vehicle glide through the air. This is a very important factor if you carry loaded roof racks or bikes, and let’s not forget what happens to the range if you tow something.

This is mainly determined by the weight of the vehicle and the rolling drag of the tyres themselves. The air pressure in tyres impacts rolling resistance, grip and the overall energy loss. Higher pressure gives lower rolling resistance and may reduce tyre wear, but the downside is a harder ride and degraded handling. This is also why BEVs have skinnier tyres than fuel powered vehicles.

BEVs also tend to be heavy due their batteries. Every extra bit of weight can affect how much range a full charge can give. It’s good to make sure that you’re not carrying extra weight (sports equipment, tools etc.) if you are trying to maximise range.

This is something that the driver can’t typically control: the efficiency of the electric motor, controllers, the gearbox, and generally all losses due to converting the electricity from the battery pack into useful torque at the wheels.

These losses are caused by all “other” electrical loads in the vehicle, particularly from the heating and cooling of the passenger compartment and pumps, the radio, internal and external lighting and so forth. These losses are somewhat different than the others because they represent a roughly constant power draw on the vehicle regardless of speed, wind or elevation changes. Because of this, they cause the energy usage per km to start becoming high again at very low speeds.

The impact of ancillary losses is relatively small at high speeds because the primary propulsion power is very high and these small power draws make little difference. It’s a bit like the effect of driving a combustion engine at 100kmh with the A/C on which can be more fuel efficient than at 50kmh.

The AA has introduced an electric vehicle charging breakdown van in Wellington. The AA Battery Service van is fitted with a lightweight EV charger, which in 20-25 minutes enables enough charge to drive up to 10 kilometres so AA Members can get home or to a nearby charging station. The van is available to AA Members between 7am and 11pm, 365 days of the year at no additional cost. Outside of these hours, and outside of Wellington, the AA currently provides Members whose EVs break down a tow. 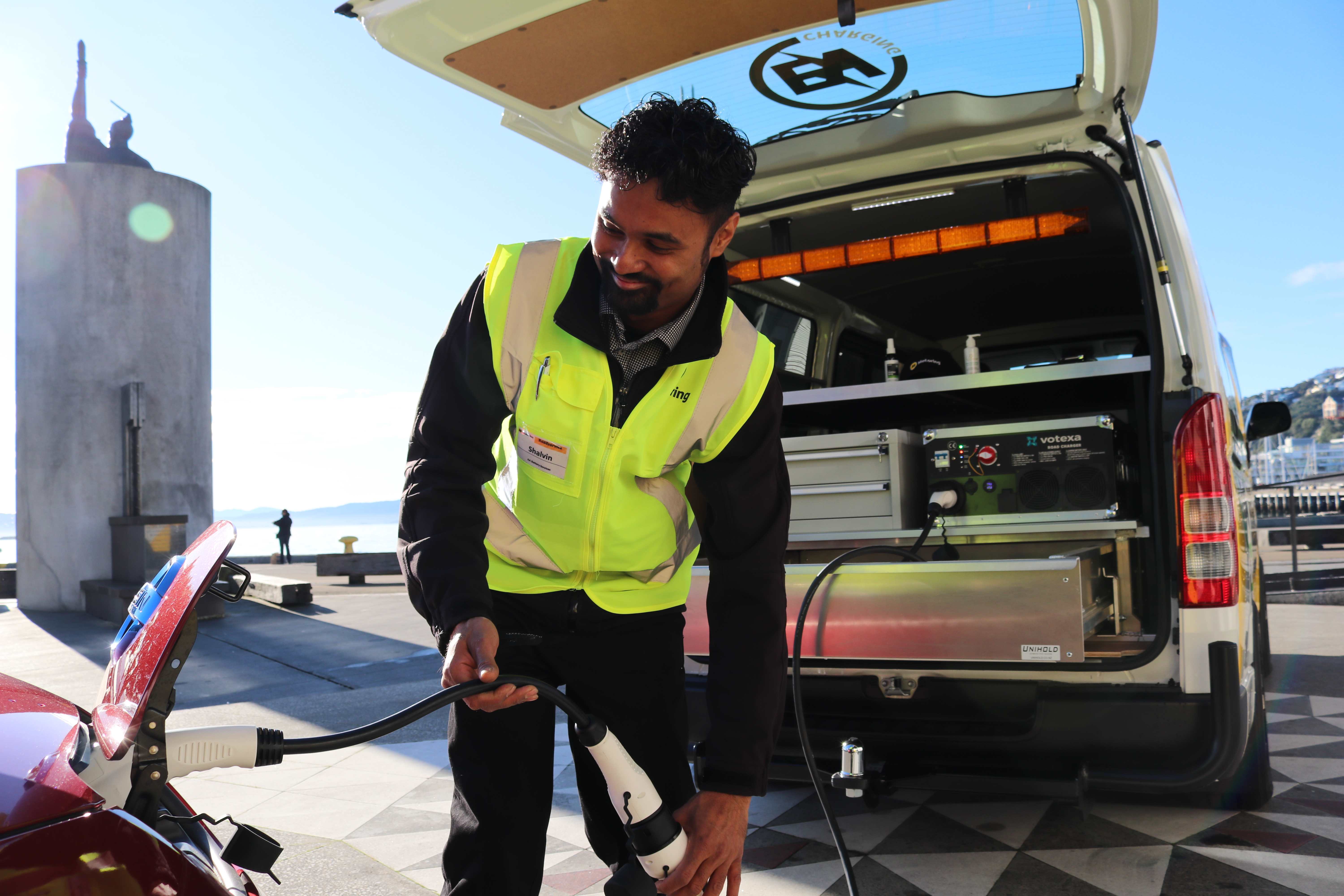 The service will be expanded further in 2022.

Currently the Clean Car subsidies are in place and have been accelerating the uptake of lower emission...

The future has arrived with the first fully electric transporter, the FUSO eCanter, delivering a hot new...

The AA attended LDV’s EV launch day this week and while we were expecting to see an...

Toyota has announced their intention to have 30 electric vehicle models available globally by 2030.