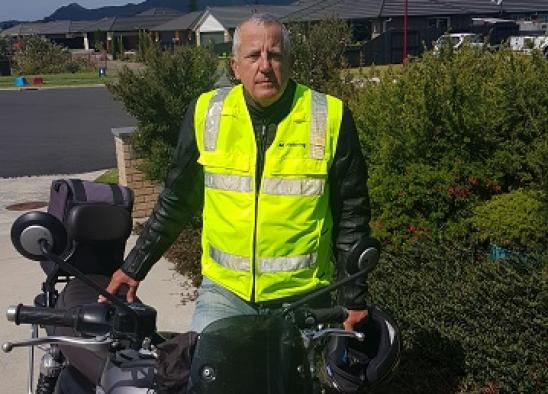 Lance is an ex Ministry of Transport Traffic Officer and current Police Road Policing Supervisor, he has over 42 years experience in Road Policing.

Over the years Lance has attended a number of serious and not so serious motorcycle crashes, often even when the motorcyclist was not legally at fault but they could have avoided or lessened the severity of the crash with better riding skills and awareness.

Motorcycle training is in Lance's blood, it's who he is. He feels he has the skills and knowledge to make people safer on the road.

Lance thinks there's nothing better than being out on the bike and having the pleasure of seeing people's skills develop as they are guided to be more self aware and safe when out riding.