Once upon a time, at the beginning of the motoring era, almost no cars had roofs as the motor vehicle began its evolution from horse drawn carriages.

These days the motor car is no longer a luxury item, but one of modern life’s necessities. As such, along with safety, economy, performance and styling, practicality is right up there as one of the most significant pieces of criteria when deciding which vehicle to purchase.

Given that most convertibles are anything but practical, they’ve become something of a fringe purchase, with well under one percent of the total new vehicle sales volume being topless. A convertible is a lifestyle choice, and, for many buyers, they’re often a second or third car.

For many, convertible equals 'classic British sports car'. The old classics such as XK or E Type Jaguars and Big Healeys (which were considered the poor man’s E Type in their day) are elegant works of art, but are now priced beyond the means of most of us. Consequently, most are tucked away in heated garages to preserve them, only surfacing on fine summer Sundays.

MGs, Austin-Healey Sprites, Triumph Spitfires, Sunbeam Alpines and the slightly more upmarket Triumph TRs were the convertible choice for the man or woman in the street back in the ‘50s, '60’s and '70’s. Sadly, most have disappeared, having been ravaged over time by the dreaded tin worm, otherwise known as rust.

The classic convertible was more susceptible than most cars to corrosion as they almost all leaked like sieves, with their floorpans collecting rainfall, winter after winter, until the bottom quite literally fell out.

Of all the bargain classic British sports cars, the MGB is perhaps the one that has survived in relatively big numbers, with plenty of decent examples offered at quite affordable prices. The MGB was simplicity personified, with run of the mill BMC mechanicals, a powerplant based on the B Series unit from the humble Austin Cambridge, and easy enough for the average home mechanic to fix and tinker with in the weekend.

Then there are the European classics: the Porsche 356s, Alfa-Romeo Spyders and Mercedes-Benzes. But these never came to our shores in huge numbers, and the global market now dictates that they fetch some pretty lofty prices. Classic Volkswagen Karmann-Ghias and humble Beetle Cabriolets can be found, but again, depending on the year and condition, prices are steadily increasing. 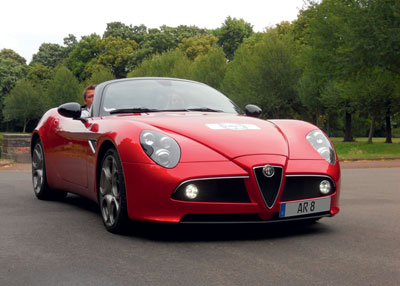 The Americans, never known to do things by halves, produced some monster convertibles, particularly in the ‘50s. These were characterized by acres of chrome, sky high fins and gas-guzzling V8 engines.
Love ‘em or hate ‘em; no-one can argue they didn’t make a statement. The Americans also did a nice line in pseudo-sports cars such as the Mustang, Corvette and T-Bird: all very desirable and collectable today, and priced accordingly.

The good news for those hankering after something cool and breezy to cruise to the beach in over summer, is that a convertible needn’t break the bank or be any more expensive than a run-of-the-mill sedan.

The evergreen Mazda MX-5 Roadster is the most readily available, entry-level, sporty little number in New Zealand. When it launched in 1989, it was the right product at the right time. The British car industry had all but folded and along came Mazda with a rear wheel drive, affordable sports car, offering classic sports car styling with up-to-date Japanese reliability. Decent early examples change hands for no more than the price of an imported hatchback of equivalent age and mileage.

At the newer end of the everyday spectrum, we’re spoilt for choice. Mazda still leads the charge with the MX-5, Honda has the S2000, and all the German brands are represented with Volkswagen, Audi, BMW and Mercedes-Benz all contenders.

The spunky little Mini is a favourite and the French have played in this space too, thanks to Peugeot, Citroen and Renault. There’s still the occasional Italian, with Alfa Romeo releasing some beautifully styled drop tops over the years. And you can’t forget the entirely loveable little Fiat 500C currently on offer.

The good news is that a convertible needn’t break the bank or be any more expensive than a run-of-the-mill sedan.

At the high end of the market are the ultra-expensive offerings from Rolls Royce, Bentley, Ferrari, Aston Martin and Porsche. These are nice to dream about, but are the very definition of ‘Lotto cars’ with prices rivalling those found in real estate.

We may not live on California’s Pacific Coast Highway, or on the Cote d’Azur, where cruising in a convertible year-round can be a reality, but rolling with the rag-top down is a great way to fully enjoy a hot New Zealand summer’s day.

Could your driving be in need of a refresher course?

Looking to buy or sell a convertible? Check out AA Carfair. Members can create listings for free.