Five picks for a weekend in Wellington

Wellington city, with its mix of art, culture, entertainment and thriving gastronomic scene is a great spot for a weekend escape.

Toi Art is Te Papa’s extensive gallery space, featuring prominent New Zealand artists alongside work from some of the world’s most iconic names.

While the works featured may not be world famous themselves, it’s fascinating to get up close to original sketches, small paintings and pieces by pop culture masters. These international works were donated to Te Papa from the private collection of philanthropists, Euan and Anne Sinclair and are tucked away in a corner of the gallery, so make sure you seek them out.

In the rest of Toi Art, New Zealand names dominate. A soaring entrance curated by Michael Parekōwhai features his cartoonish (and slightly creepy) monkey sculptures sitting alongside classical paintings and an actual, real-life piece of the moon. 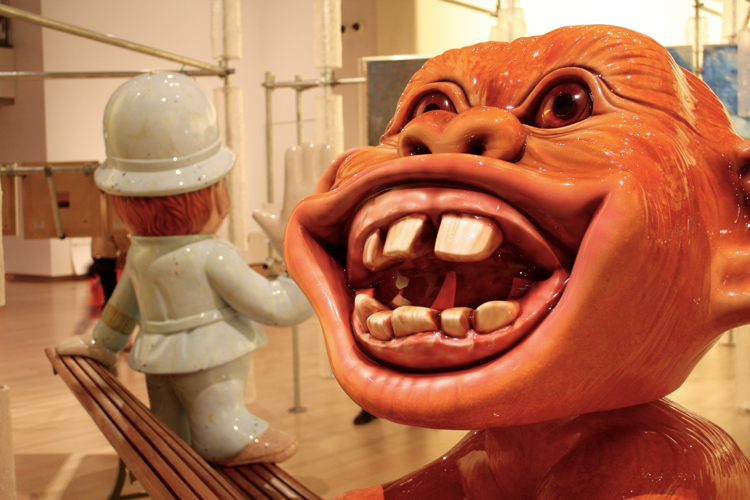 On level five, the portrait gallery features works from colonial New Zealand by the likes of Goldie and Lindauer, next door to the contemporary colours (and smells!) of Tiffany Singh’s work, or shimmering black and white projections by Reuben Patterson. Exhibitions change out regularly in the different zones, so you’ll find something fresh and interesting with each visit.

The Wellington waterfront is best appreciated on two wheels. Better still, on two wheels with an electric boost. Switched on Bikes provides both, with guided tours and e-bike hires for novices and lazy cyclists alike. Cruise around the shared waterfront from Queens Wharf, take in the scenery of Oriental and Evans Bays and tackle any pesky hills with minimal effort.

Even with a notorious Wellington headwind, you can explore the city without breaking a sweat. 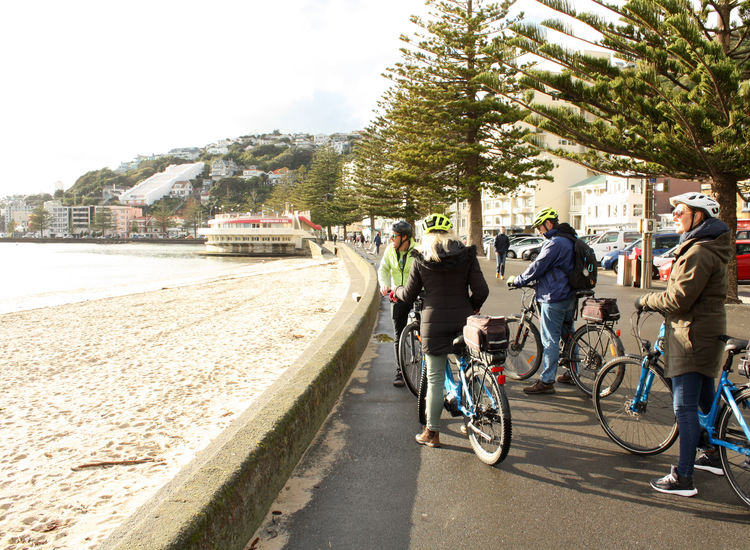 Think clean Scandinavian style and equally clean eats. The team at Loretta deliver wholesome, delicious food in a stylish setting. Originally founded by the trio of Wellington hospo stalwarts Julie Clark, James Pederson and Mark Weir of Floriditas fame, Loretta has now branched out on their own, while still retaining close ties to their sister restaurant. Daily menus focus on simple, seasonal produce that deftly balances the healthy and the decadent. The beautifully designed café is also incredibly Instagram-friendly with wide wooden spaces, exposed brick, baked treats and gleaming jars of house-made jam on display. 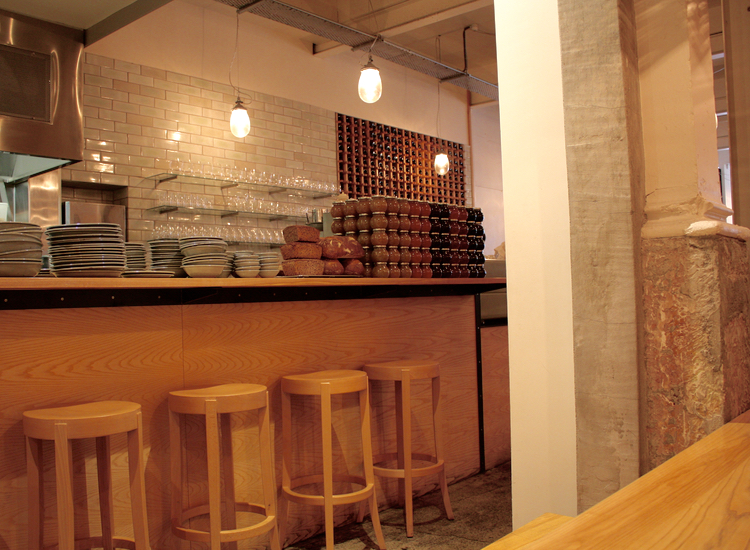 Going behind the scenes at Wētā Studios is to discover a hidden world of creative upcycling. As pioneers of movie special effects, set building and all-round Kiwi ingenuity, the Weta team behind Thunderbirds Are Go used a full range of everyday cast-offs to create the miniature world of the Tracy brothers and Lady Penelope. The Thunderbirds are Go series was built from a combination of live action miniature sets that CGI characters were dropped into in post-production. If you look closely, you’ll see that behind the slick spacesuit-clad heroes, there are cities made from the guts of old computers and PVA glue bottle tops; the landscapes of Tracy Island are carved from expanding builder’s foam, and hills are dusted with baking soda snow. (Because regular sized ants would get into the icing sugar they used to use and disrupt the sense of scale.) 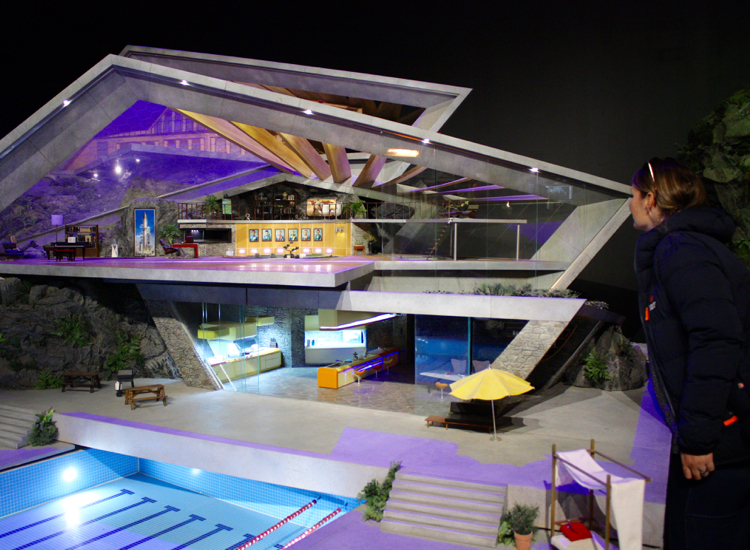 While you’re in Miramar, drop in to the Roxy. Catch a movie in the iconic Art Deco cinema and stay for a bite afterwards. You won’t be disappointed. This is not simple butter popcorn and choc-top fare (though you can get those too.) Coco, the bar and restaurant in the cinema’s foyer is a multi-award-winning establishment. With menus themed around the season – Into the woods for Autumn, Islands in the Sun for summer – and a selection of spectacular cocktails to choose from  (don’t go past the Miramar Fizz Pop for a burst of fun and flavour) you may want to skip the blockbuster altogether and settle in for an evening. 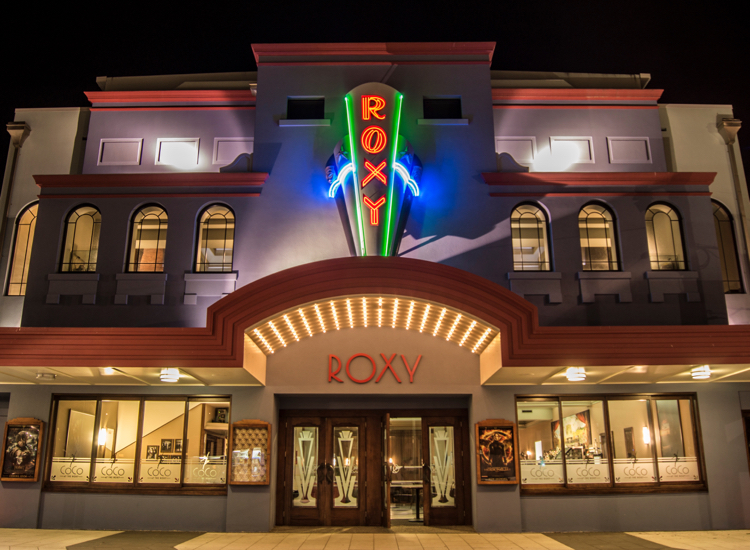 The Roxy Cinema and Coco in Miramar. © WREDA

Five great days out with kids in Wellington

Got kids to entertain? Here are five great ideas for family-friendly days out in Wellington. Read the story . . .

Loved by the locals: Wellington Central

Do what the locals do in Wellington Central. Read the story . . .