Four fun things to do South-East of Auckland

It's true that sometimes you don't appreciate the beauty your own doorstep. I have lived in Auckland for years and never explored the mellow hills and gentle Hauraki Gulf coast south-east of Auckland... until now.

1. Summer days at the beach

Maraetai, a quiet community beyond the city sprawl, hugs a crescent-shaped beach. There is a long wharf in the middle of the beach, paddle boarders skim quietly across the bay and boats come and go from the launching ramp. Lucky walkers and runners have a fine five-kilometre coastal walkway, from Maraetai to Pine Harbour, that really is coastal with boardwalks straddling rocks and pools. It has wide views of the Gulf including iconic Rangitoto. 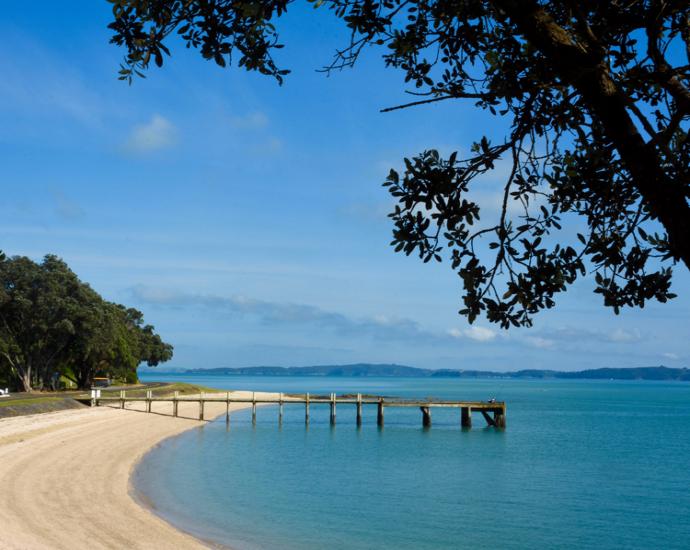 The Maraetai peninsula is also proud of Duders and Ōmana Regional Parks and the pretty coastal drive between them. The area is fabulous for families with safe swimming for children at high tide and rock pools to peer into at low tide.

Whitford, a small village at country crossroads, features a couple of cafés, a pub and a designer shop or two. It’s a pleasant place for a café stop but the real star of Whitford is Ayrlies Garden. 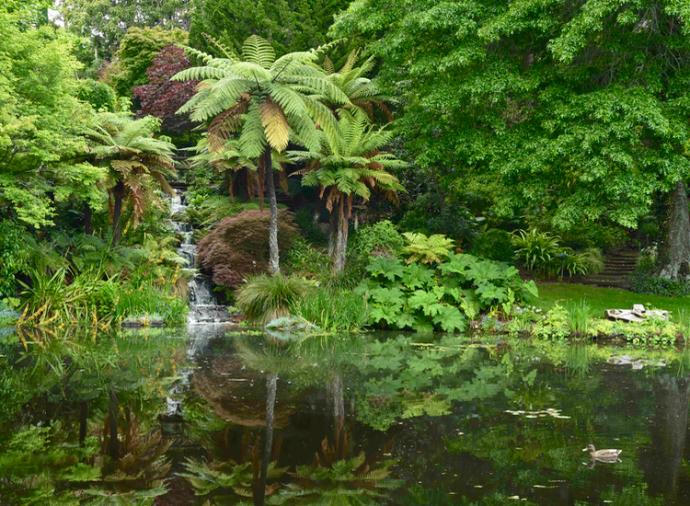 Ayrlies is one of only two of New Zealand gardens featured in the BBC series, Around the World in 80 Gardens. It’s the creation of Beverly McConnell and her late husband Malcolm. It encompasses four hectares of informal country garden with 10 hectares of protected swampland. And what a treat.

There are still ponds and cascades of water, huge trees framing wide vistas and intimate areas with rare flowers.

I was there in late spring, the blooming season, so it was heady with fragrance and full of flowers. It’s open to the public on weekdays and costs $20 a family.

3. Take to the skies

Ardmore is all buzz and whir as magnificent men (and women) work on their flying machines. Ardmore Airport is a facility for general aviation, pilot training, aircraft maintenance and is a retirement home for old warbirds.

There is always something aeronautical going on.

From a viewing area by the runway, we watch helicopters barely skimming the ground as they practice hovering, learner pilots in Cessnas taking off and landing repeatedly, a sturdy old WW11 Harvard lumbering down the runway and a pert DC3, propellers whirling, working-out its engines. 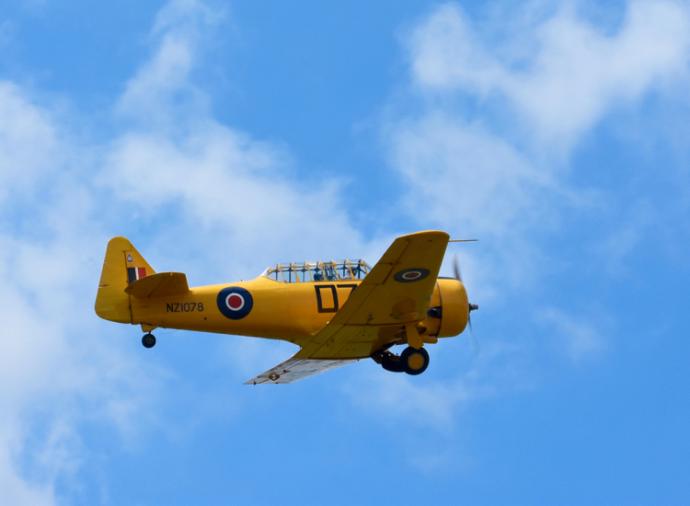 It’s 20 bucolic kilometres wending south from Ardmore into the Hūnua Ranges Regional Park where the wow factor is Hūnua Falls. The Wairoa River tumbles 30 metres over the lip of an ancient volcanic caldera and, having done so thousands of years, it has created its own little lake edged with lush native vegetation. 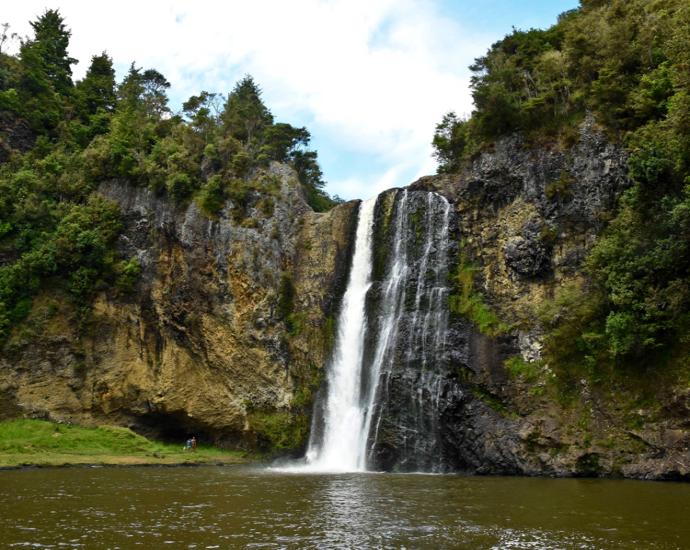 Waterfalls are a beguiling; the smell of fresh, fast-moving, water, the constant soft rumble, energising misty freshness in the air and Hūnua Falls has height which gives it additional majesty. Arrh, the miracle of geography.

Manukau District while you're here

Loved by the locals: East Auckland

Do what the locals do in East Auckland. Read the story . . .

The alternate road heading south from Auckland, along the Firth of Thames, is a quiet, visual treat with lots to see and do. Read the story . . .

Boasting cafés, vineyards, farmers’ markets and beaches; a vintage steam railway, even a racing car track – there’s an awful lot to do in this bucolic corner of the country. Read the story . . .

Loved by the locals: South Auckland

Do what the locals do in South Auckland. Read the story . . .