The upper reaches of the Fox Glacier, near the névé area, at sunset. © Kevin Wells Nature Photography

The park extends from the highest peaks of the Southern Alps Ka Tiritiri o te Moana to the rugged and remote beaches of the wild West Coast.

For most visitors, the Franz Josef and Fox Glaciers are the reason to visit the park – the glaciers move up to four metres a day, which is uncommonly fast in the glacier world! You can explore the area on foot – both glaciers have lookout points – join a guided glacier walk or, if you’re feeling flush, take to the air and see these mighty bodies of ice by plane or helicopter.

Westland Tai Poutini National Park is split by the Alpine Fault and is a place of dramatic contrasts. To the east of the fault, mountains rise suddenly, and steep forested slopes are cut deeply with impassable gorges. Dense rainforest covers the lowlands west of the fault. Nearer the coast, there are scenic lakes, wetlands and wide river mouths.

Wading birds and other water-loving creatures thrive in the wetlands around the coast. The threatened kāmana crested grebe can be found on Lake Māpourika, and Ōkārito Lagoon is famous for its colony of the stunning kōtuku white heron. In the heart of lowland forest lives the only population of the endangered rowi – New Zealand’s rarest kiwi. Kea are common throughout the park, and the forest is alive with birdlife. 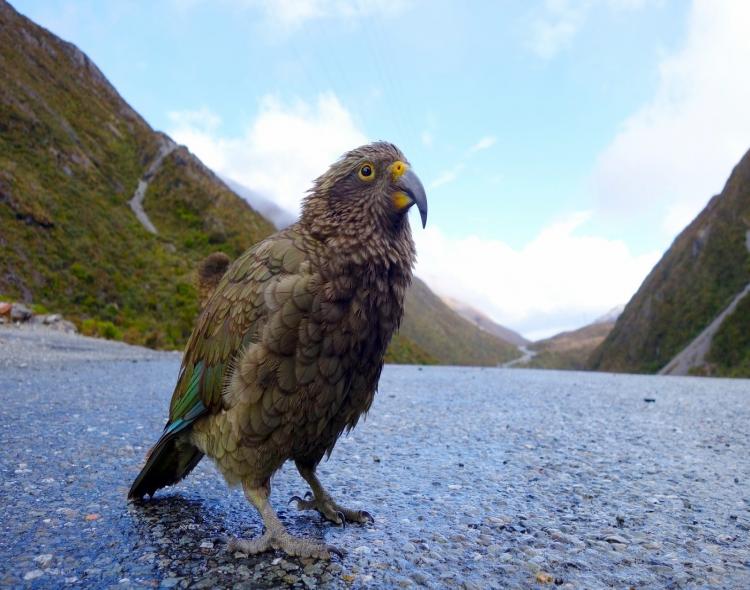 Early Māori settlements clung to the shores of Westland’s lakes and lagoons, where food was plentiful. However, in their travels up and down the coast, in search of pounamu greenstone, the Ngāi Tahu people also become familiar with the glaciers, peaks and forests of this area.

The name Tai Poutini means ‘the tides of Poutini’, a taniwha or water spirit, which swims up and down the West Coast of the South Island, protecting both the people and the pounamu.

Following European discovery and settlement, gold brought thousands to the region – within the space of one year over 1864–65, at least 16,000 miners came to the rain-soaked wilderness to line their pockets with glittering gold. Townships sprung up from the wilderness but the heights of the gold rush didn’t last long though and just 18 months after their incredibly rapid emergence, Ōkārito, Five Mile and Gillespies were virtual ghost towns.

When European surveyors and explorers spread word of the stunning natural attractions in the west, visitors overcame difficult access to see these things for themselves. By the start of the 1900s, so many tourists were visiting the glaciers that the government began making annual grants to hoteliers for tracks and huts.

Fox Glacier Te Moeka o Tūawe is longer and faster moving than the nearby Franz Josef Glacier. At 13km, it is one of the longest of the many glaciers within Westland Tai Poutini National Park.

Fox Glacier got its European moniker in 1872 after a visit by the then Prime Minister of New Zealand, Sir William Fox, but its Māori name refers to the ancestor Tūawe, who fell to his death while exploring the area. His lover Hine Hukatere wept, and her everlasting tears formed the Franz Josef Glacier, hence its Māori name Kā Roimata o Hine Hukatere. Its English – or rather Germanic – name honours Emporer Franz Joseph I of Austria and was bestowed by the German explorer Julius von Haast in 1865.

Both glaciers can be viewed on foot. From the car park at the end of the glacier access road at Fox Glacier, walkers pass large mounds of moraine that cover ice left behind when the glacier retreated in the 1960s. You can get to around 500m from the craggy terminal face. 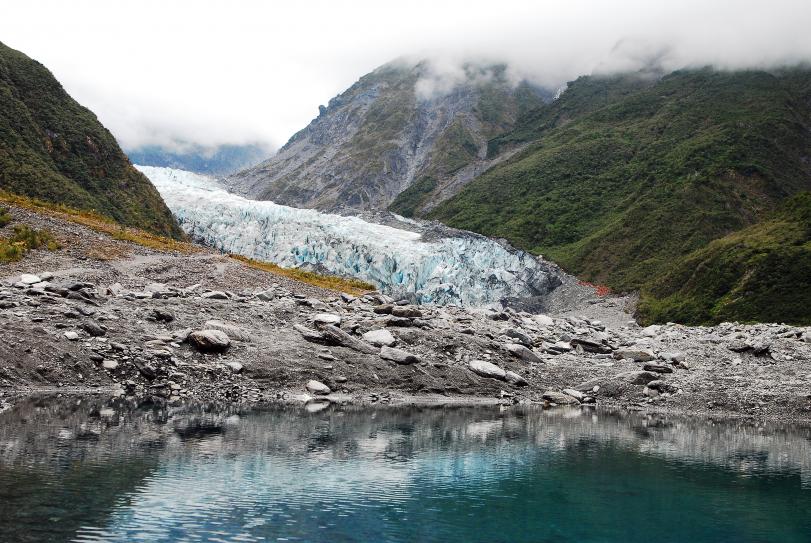 The Franz Josef Glacier area has some of the most spectacular scenery in New Zealand. Just 6km from the centre of the village, Franz Josef Glacier descends from the tops of the Southern Alps into rainforest close to sea level.  This provides a very rare opportunity to experience a dynamic glacier in a temperate environment.

Sentinel Rock offers impressive views of the glacier, the glacier valley, the Waiho River and dramatic examples of colonising plants. It’s only a short 20-minute climb to enjoy the excellent view. 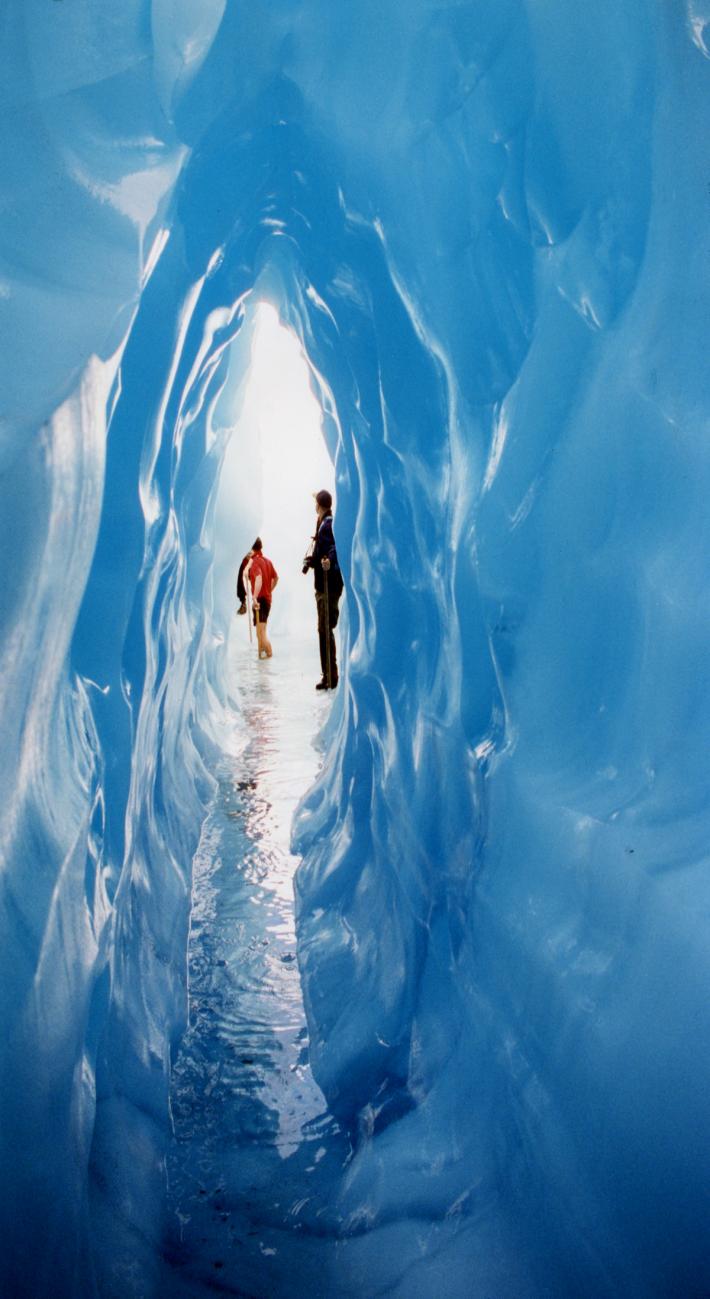 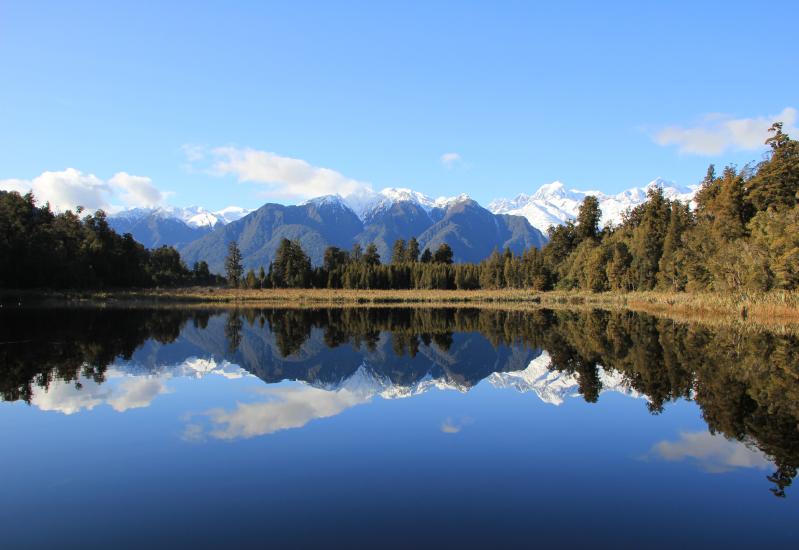 Know before you go

There are spectacular views of the Fox Glacier in this is beautiful, yet volatile place – do not let the serene scene fool you... Read the story . . .

Follow a rocky riverbed path then climb to the Franz Josef Glacier viewing area. It's a beautiful yet dangerous place that is sometimes closed, so check it's open before you start. Read the story . . .

Many of the crinklier bits of New Zealand’s geography were formed by the slow but insistent action of glaciers. Read the story . . .

Fed by two lagoons and the Waiho River, the Waiau Glacier Coast Marine Reserve forms a protective buffer for waterways and wetlands.   Read the story . . .

Know before you go