Bernard Hickey writes the Covid-19 economic crisis has again proven there’s one type of asset that New Zealanders know in their bones is too big and important to be allowed to crash: housing.

Yet again, the housing market has outperformed all the understandably doomy and gloomy predictions of double digit falls in the face of the worst economic crisis the world has seen since World War II. 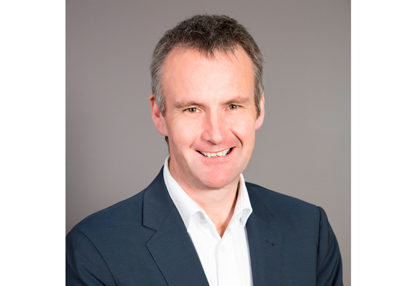 Bank economists forecast house price deflation of 10-30% during the worst of the lockdown in April and May, back when house sales volumes collapsed and unemployment was tipped to surge towards 15%. It seemed a sensible thing to say, given New Zealand’s housing market is the best performing in the western world in the last 30 years, relative to incomes, rents and regular price inflation.

By most measures, our houses are impossibly inflated, just waiting for a mere scratch to burst the bubble and drive prices 30 to 50% lower. That’s what ‘normal’ markets do, where supply and demand respond to prices to achieve equilibrium.

Just as in 2008/09 when the Global Financial Crisis (GFC) dragged the international financial system to within 24 hours of total collapse, many thought Covid-19 would be the moment when house prices fell to earth. Not only was Covid-19 expected to be a shock to incomes of owners and tenants, but a shock to the banks lending up to seven times income to property investors and first home buyers.

Then there’s the collapse of our migration and educational industrial complex, with the border closures likely to see migrant pools from India, China, the Philippines and Europe inaccessible for years to come. For over a decade, New Zealand has relied on bringing in hundreds of thousands of cheap temporary workers and working more people for longer hours to grow total GDP fast.

Just before the lockdown began on March 25, there were over 340,000 non-residents here as students and travellers with work rights, and workers with ‘high skilled’ temporary work visas. Most were working as kitchen hands, baristas, shelf stackers, dairy farm labourers, liquor store attendants, service station attendants, help-desk operators and in construction.

It was perfect for landlords, homeowners, universities, polytechs, employers and the IRD. The students and temporary workers paid income tax and GST, they provided a ready and cheap supply of willing workers. They also created new demand to keep rents high and to put constant downward pressure on both wages and interest rates. Falling interest rates, low wage growth and rising rents were more than enough to outpace any new housing supply.

There was also a lot of talk in the worst of the lockdown, and for much of the last three years, that a Labour-led Government, just like the first one elected in 1935, would massively increase housing supply at the lower end through Kainga Ora or Kiwibuild, thus providing a supply shock to add to the two demand shocks.

Yet here we are in September with house sales volumes only barely below pre-Covid levels and the best measure of house prices showing they fell just 2.4% nationally between a record high in March and a trough in May.

So why didn’t the housing market crash? Put simply, it’s too big to fail. Just as it did during the GFC, the Reserve Bank extended emergency credit lines to banks and slashed interest rates to support both the financial system and the economy. The Government and the banks then agreed to a six-month residential mortgage deferral scheme in late March, which nearly 60,000 borrowers used to delay payments on $20.2 billion worth of mortgages. The Reserve Bank also immediately removed restrictions on high loan-to-value ratio lending and postponed plans to force banks to hold more capital. Then it pledged not to introduce negative interest rates before March 2021 because it would have been too painful for the banks.

Why so sensitive? Our banks are more like mortgage books with bits added on than traditional banks to help fund businesses. More than two-thirds of bank lending is to home owners. Our banks are also much more important to the overall economy than in other countries, with bank assets worth 160% of GDP and three times larger than the stock market.

House prices are also much more than just another asset price. Our houses are worth $1.3 trillion collectively and represent more than two-thirds of household wealth. They also provide ready funding for most small businesses. When house prices fall, spenders close their wallets and many small businesses stop hiring.

Now economists are forecasting falls of no more than five percent and property owners can look forward to ever-lower interest rates to bolster values. The massive state house building plans have never eventuated and Prime Minister Jacinda Ardern has pledged again not to introduce a capital gains tax because she knows older property owners vote at much higher rates than younger renters.

This housing market is too big to fail and the Government just demonstrated yet again that betting on the bailout pays off.

Reported by Bernard Hickey for our AA Directions Spring 2020 issue