Here is a selection of a few easy options:

Mangawhai Walk, Northland: Spectacular panoramas are on offer on this three-hour return track beginning at the Mangawhai Surf Club. Taking in the beach, cliff-tops, bush and farmland, this walk is one of the top attractions in the area.

Rangitoto Island, Auckland: Rangitoto Island is the ideal day trip from Auckland City via a 25-minute ferry ride. Visitors can explore lava tunnels, caves, giant boulders and take a two-hour return walk to the summit for spectacular 360-degree views. This time of year is a great time to tackle Rangitoto; the heat reflecting off the lava can be quite intense in warmer months.

Mt Maunganui (Mauao) Track: Maunganui’s mountain, colloquially referred to as ‘the Mount’, bestows 360-degree views over the wider Bay of Plenty region from the summit. The top can be reached in 40 minutes. Another good option is to walk around the base, which takes 45 minutes.

Mt Ngongotaha Jubilee Track, Rotorua: The first part of this 2.4km walk follows an easy grade through mature native bush, including massive rata. At the original Jubilee Track the walk becomes moderately steep until near the summit.

Taranaki Falls Track, Tongariro National Park: Beginning near the Whakapapa Visitor Centre, this two-hour return walk leads to the Taranaki Falls with views of Mt Ruapehu thrown in along the way.

Orari River Flats Tracks, Timaru: This area in Timaru has plenty of walks and cycle ways varying in length so there are options for all ages and abilities. The tracks start at Bennets Rd or Vance Rd; follow the orange markers.

Mt John Summit Track, Lake Tekapo: For 360-degree views of Lake Tekapo and the Southern Alps, this walk is one of the best. It is quite a hike, at three hours’ return; an alternative is to drive to the top of Mt John and walk the Summit Circuit Track which takes 35-45 minutes.

Queenstown Hill Time Walk: It takes two to three hours to walk to the summit of Te Tapu-Nui but it’s well worth it for the views that extend in every direction: a panorama of lakes, mountains and rivers. 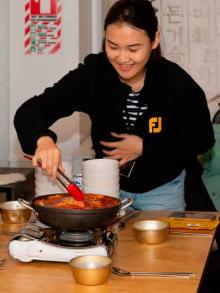 Joining a tour can be a great introduction to new things