10 things to know about EVs

There is no shortage of hype around electric vehicles.

Headlines like “Tomorrow’s vehicles – today” or “The clean, green future of the car” feature in most media stories about them and there is no doubt that the technology has some exciting potential, especially in countries like New Zealand that generate most of our electricity from renewable sources.

But people also have a lot of questions. When you consider that cars powered by petrol have been in New Zealand since 1898 and multiple generations have spent their lives using them to get around, it’s only natural for people to be unsure about changing to something different.

That’s part of the reason why, last month, a group of electric vehicle (or EV) owners travelled from one end of the country to the other to promote the technology and I joined passionate EV owner Sigurd Magnusson in a Kia Soul on the leg from Wellington to Palmerston North.

Here are 10 things that ordinary motorists might want to know about the day-to-day realities of owning an EV.

1. An EV is just a car running on different fuel

Regardless of whether a car runs on petrol or diesel, we still see it as a car but for some reason people can expect a vehicle that runs on electricity to be “different” in some way. The reality is that they still have four wheels, a steering wheel, accelerator and brake pedals and you use them just the same way, apart from a couple of minor differences. It’s a bit strange to not hear any engine noise when you start them and instead of a fuel gauge you have a battery gauge similar to the one on your cellphone. Aside from that, the only things drivers are likely to notice are that they are extremely quiet to ride in and they also have better acceleration than most fuel powered cars. The fact that even basic EVs are very quick off the mark is something that many drivers on the rally enjoy, even if they often say it like it’s a bit of a naughty secret. 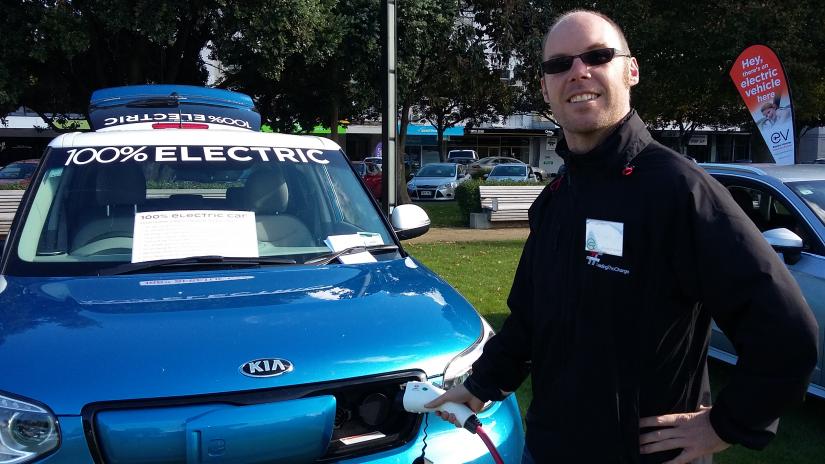 Passionate EV owner Sigurd Magnusson with the Kia Soul he used for the rally.

Unless you are willing to shell out big bucks for a Tesla, most EVs have a range of between 100-200km on a full battery. The type of driving you are doing will affect your range and travelling at 100km/h on the open road will use up your power quicker than in an urban environment. The Kia Soul that I was in used half its battery going from Peka Peka to Palmerston North – a trip of just over 80km. We then plugged into a ChargeNet fast charger in the centre of Palmerston North and 14 minutes later the battery was back up to 80% capacity. Another driver had gone the 140km from Wellington to Palmerston North in a Leaf and reached their destination with about 15% left in their battery. With fast chargers popping up in more and more locations, it is possible to use an EV for a moderate length trip like that, charge up for 30 minutes and the battery will be fully topped up ready to go again.

3. A bit more planning of your trips is needed

While driving an EV, I definitely found myself much more aware of the percentage of energy left in the battery than I would normally be about fuel in the tank and the owners I spoke to did say you need to plan your travel a bit more. Margaret Baker is a Leaf owner from Whangarei and isn’t quite able to make a trip to Auckland in one go, so she will factor in a short stop at a charging point along the way where she might need to be there for 15-30 minutes. Most of the EV owners find overnight charging gives them more than enough juice to do their daily driving and they only occasionally need to use a charging station while out and about.

The cost savings on fuel from an EV can be massive. Sigurd has had a Nissan Leaf for two years and, by using a timer in the vehicle to charge it after 11pm when rates are cheaper, he says he gets about 5000km of driving for $100 of electricity. To travel that distance in my Mazda 6 I’d currently be looking at about $700 for petrol. “The cost of a cup of coffee will largely get me through my week’s worth of motoring,” says Sigurd. Right now the Government has made EVs exempt from paying Road User Charges to encourage their uptake and that helps keep their running costs down but at some stage in the future that will change. The other side of the equation is that the purchase price for an EV right now is high for a lot of people. You can find a used Leaf for upwards of $12,000 while new options range from about $60,000+. As depreciation on the initial outlay contributes significantly to running cost calculations, they’re currently considered as more expensive than a petrol-fuelled car. However, as the number of EVs being produced worldwide increases, these prices will likely come down.

5. How long do they take to charge?

This varies between vehicles and what type of charger you are using. For Sigurd’s Nissan Leaf it would take about 10 hours to fully charge if he was using a standard wall plug compared to 5 hours from the specialised unit he had installed on the outside of his home. If you are using one of the fast-charging stations that are appearing around the country, it can take 10-30 minutes to recharge.

6. Do they need special maintenance? 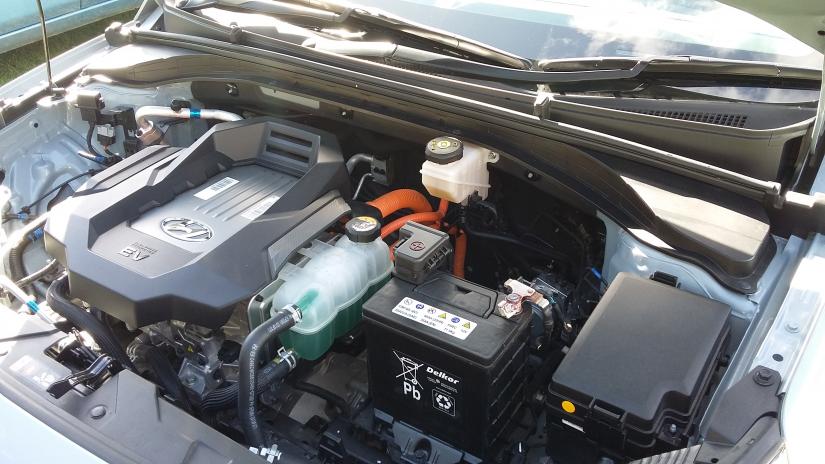 Under the bonnet of a Hyundai Ioniq.

EVs are cars and so you still need to get your regular WoF inspection and replace things like tyres, wiper blades, brakes, etc. In terms of what’s under the hood there are actually a lot less parts than in an internal combustion engine so there is less to wear out or break. You don’t need to go to some sort of special EV mechanic (although Tesla is a slightly different story) and Sigurd takes his Leaf to the same garage he has used for his other vehicles.

7. What happens when the battery needs replacing?

This is a question that a lot of non-EV owners have and it’s a bit of a tough one to answer as none of the owners I talked to had yet needed to replace a battery - or known anyone in New Zealand who has. The reality is that the batteries in the vehicles do degenerate over time and this will reduce the amount of charge they can hold. It’s hard to put a timeframe on how long this will take to happen though as the amount of driving, the type of driving and even the climate can affect how well batteries last. If you keep an EV long enough a point will come when the battery needs replacing and Sigurd Magnusson says replacement batteries overseas can cost from $5000-$10,000. The good news with that is battery technology is improving so putting in a new battery in the future would mean you could travel further than in the original model.

8. You don’t have to have a garage

A lot of the owners I spoke to do not have a garage at home but that hasn’t stopped them being able to charge overnight. Some have had an electrician set up a charging box on the outside of their house (costing about $1000) while others just use an indoor socket, and use the vehicle’s charging cord to connect through a window.

9. If you can plug in your cellphone to charge you can charge an EV

There is nothing complex about pulling into a service station and filling up a car with fuel and it’s just as straightforward to fill up an EV. You simply pop open the cover like you would for fuel and plug in a charging cord. It’s just like a supersized version of charging your phone or laptop really – nothing fiddly or complex to it.

10. What is it that makes owners love their EVs so much?

If you spend any time with an EV owner, you will quickly find out how passionate they are about their vehicles. For some it is due to the environmental benefits of zero emissions, while for others it is more about getting the equivalent of paying 30c per litre for fuel or reducing reliance on oil from overseas. One owner summed it all up by simply saying that every time she heard the “click” of the plug when she charged her car it just made her feel good.

Battery Electric vehicles (BEVS) are picking up the pace in New Zealand. In December 2021 we saw...

Toyota has announced their intention to have 30 electric vehicle models available globally by 2030.