The Mercedes-Benz E-Class has triumphed at this year's annual New Zealand  Car of the  Year awards.

The hi-tech sedan, also a winner in its Best in Class - Luxury Car category, beat off stiff competition from the Mazda CX-9 and the Honda Civic at the annual event which was hosted by the New  Zealand Automobile Association at the Viaduct Event Centre in Auckland this afternoon.

AA Motoring Services General Manager Stella Stocks said that the E-Class offers up the next wave of technology as standard, outside of its very visible and refined attributes.

“The E-Class is one of those vehicles that stands out on the road, pretty much in any environment. Since Mercedes-Benz launched the all-new E-Class earlier this year, it’s made a clear impact in this market. While it’s one of the more expensive cars on the market and not for everyone, the E-Class remains a very deserving winner,” she added.

“While the judges make their selections on a variety of elements, for me, what is under the skin of the E-Class is excellent. Mercedes-Benz is a world leader in safety technology and it hasn’t held back from ensuring this car is one of the safest on the market today, packed full of features to both avoid crashes and maximise occupant safety.”

The New Zealand Car of the Year awards are held in association with the New Zealand Motoring Writers' Guild and Liz Dobson, the Guild's President, agreed that the E-Class is one of the most  technologically advanced cars on our roads.

"Mercedes-Benz says that this 10th generation E-Class has leapt forward two decades with its technology, and having driven it extensively at the global launch, in Australia and on New Zealand roads, I have to agree," says Ms Dobson. "But it's not only the outstanding passive and active safety features that make this car a winner, it also has a cabin and front dash that is futuristic, while the exterior styling make it a head turner." 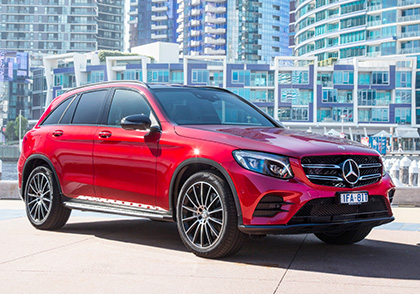 Mercedes-Benz also took home the only award of the evening which was not voted for by a panel of judges or the public.

The Safest Car award is given to the vehicle which scores the highest ANCAP assessment safety rating during the twelve month eligibility period, and the Mercedes-Benz GLC scored highest on both Adult Occupant Protection and Pedestrian Protection, and boasts an impressive suite of  safety features and technologies.

Advanced seat belt reminders are fitted to all seats and dual frontal, side chest and side head airbags (curtains) and a driver knee airbag are included as standard, along with advanced crash-avoidance features, including Autonomous Emergency Braking (AEB).

“While manufacturers don’t all offer the same level of safety technology on all new cars, standards across the board are consistently rising and continuing to improve. These days, irrespective of what kind of vehicle a motorist needs, there are very safe options available.” 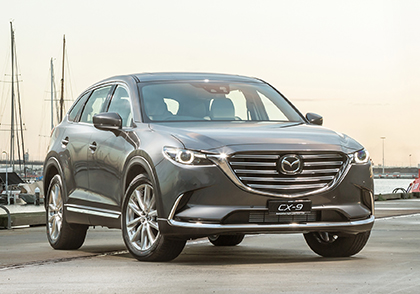 Mazda were another big winner on the night, taking home three trophies before the event was over. The  CX-3 retained its crown in the Small SUV Best in Class segment for the second year running, while the Japanese car  maker's CX-9 snared the Large SUV award and the popular People's Choice award, which was chosen by the New Zealand public.

Best of the rest in Class

While the New Zealand Car of the Year contenders are all vehicles that have entered the Kiwi market in a recent twelve month period, the Best in Class awards open up the floor to any car that is available as new on the market today.

Previous years have seen manufacturers dominate classes for repeat years, and it's no surprise to see Ford Ranger doing just that in 2016 and taking home the Best in Class Utility award, following a year that saw them smashing new vehicle sales. Volvo also held on to the Luxury SUV segment with their XC90, and the aforementioned CX-3 couldn't be nudged out by any newer Small SUVs.

Of the remaining categories, vehicles shortlisted by the judging panel for contention for New Zealand Car of the Year unsurprisingly dominated. The Holden Spark, Honda Civic and ŠKODA Superb took home the Best in Class Small, Compact and Medium/Large Car awards respectively, while Volkswagen went home with the Medium SUV trophy, thanks to their  new Volkswagen Tiguan.

The iconic Ford Mustang GT, seen by some as the most  notable omission from the top 10 shortlist, didn't go unrewarded either as it scored the Best in Class Sports/Performance Car trophy - a feat much deserved for a vehicle that was undoubtedly one of the most popular sports vehicles of the year.

The new Golf R and Tiguan R have touched down in New Zealand and the AA were...

Will the transport support package reduce your running costs?

The war in Ukraine is having a noticeable impact on everyday living costs for Kiwis. The cost...

Don’t get stuck with a lemon! Do your homework on used cars

With the cost of living soaring, this is the perfect time to save money where you...

In a New Zealand first through an innovative partnership with eight Auckland-based iconic New Zealand companies, a...