Used car sales creep up but so do their prices

Despite ongoing disruptions in the Japanese supply chain and restrictions to limit movement in Japan and New Zealand, used vehicles continued to roll in.

Demand continues to remain strong, kicking off 2022 with 20,647 used vehicles registered, up on last year’s result by 12 per cent, or an additional 2,158 units. 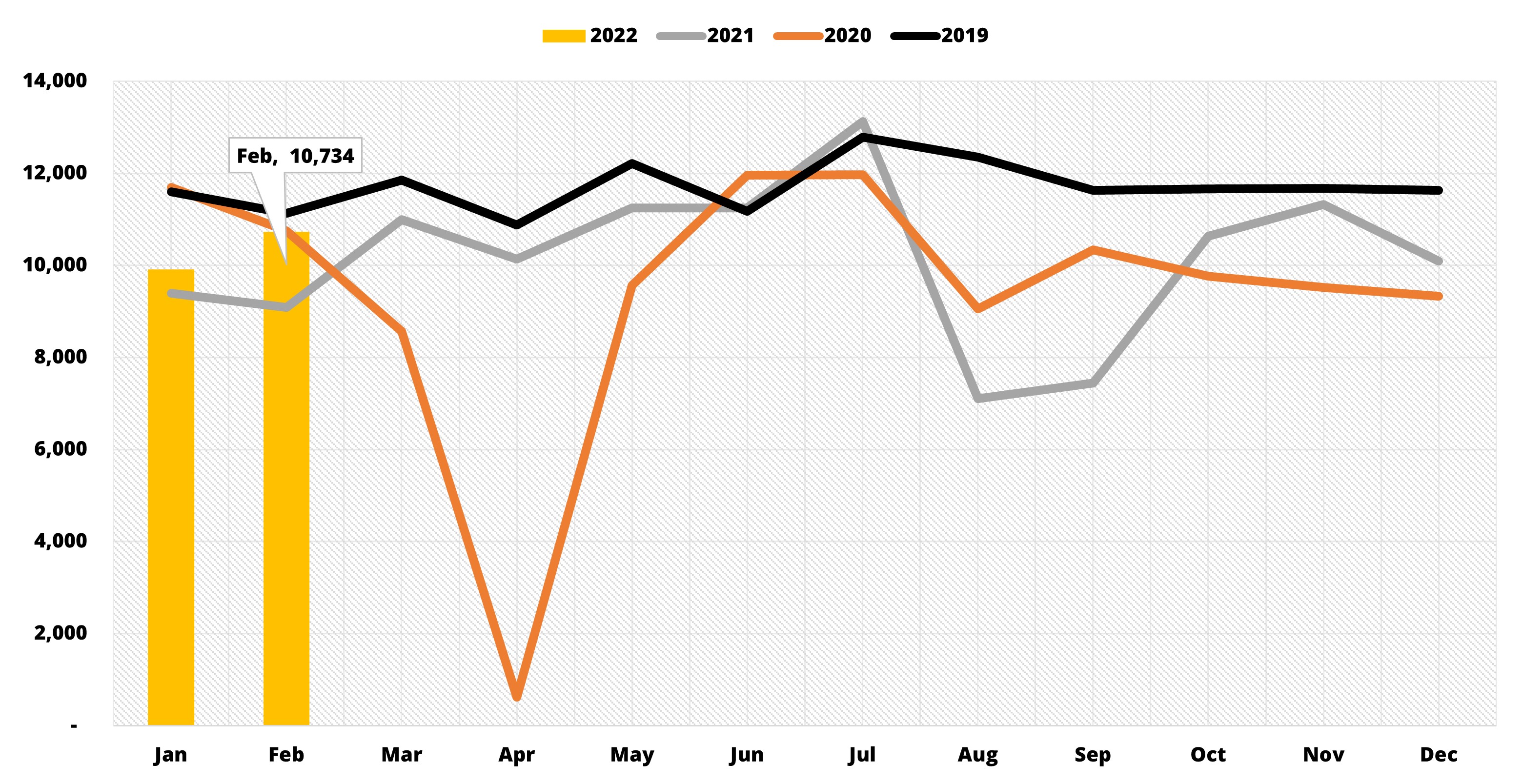 Covid-19 caused a global shortage of semiconductors and computer chips, which means that getting a new vehicle to replace your old one has become more difficult, and this is likely to continue as there are still significant delays experienced for many buyers.

Manufactured from silicon, these highly engineered and precise components are essentially a type of mini electric circuit. They include a series of transistors that function as tiny switches to control the flow of electrons.

Global forecasts now point to a gradual recovery in inventories of microchips, but not until the end of 2022. Low supply levels and high demand are still creating delays in stock, resulting in high prices for new vehicles.

How has this impacted used car sales?

With an increase in new vehicle prices, and a shortage of inventory more buyers are looking to purchase used cars. These too are impacted as overseas sellers like Japan – a country where New Zealand imports their largest number of second-hand vehicles - are holding onto their vehicles for longer. The flow-on effect from this is contributing to a rise in the costs of quality used vehicle stock, however despite these price increases, demand continues to build.

Another contributing factor is that from 1 April 2022 higher emission vehicles will incur a fee with the next phase of the Clean Car Standard. The lead up to this legislation being passed has seen an increase in the registrations of higher emitting vehicles like older model utes and SUVs.

Buyers who are looking to buy these higher emitting used vehicles before they are liable for any penalties are also on the hunt, resulting in increased demand, which in turn is inflating the prices - especially for used commercial vehicle stock.

This created a bizarre situation where vehicles bought years earlier could be sold for the same amount or even more despite having a greater mileage and being older.

When will things return to normal?

There is a confluence of factors which have made the market both a tricky place for buyers and a prosperous place for sellers. Many are asking about when things will change but we don’t see a clear end in sight with so many factors at play.

Many new car sellers are offering buyers the option to put down a deposit to secure their new car order months in advance. In the case of new cars, sometimes before the price has even been announced. While this offers a short-term solution to keep the momentum of vehicle sales going, it does however contribute to an increase in prices for both new and used cars.

Find out more on how the AA can help you when buying a used car:

The MINI family of the future

For MINI lovers there are some exciting new models and advancements coming in the near future.