Charging ahead in the new MINI EV Hatch

We only had four hours to drive the MINI Electric Hatch, but we were eager to make the most of the first electrified MINI to hit our shores during a recent invite-only introductory drive.

MINI provided a more personal car launch than what we’re used to – come and collect the car, take it out and basically do what you want - just make sure you’re back in four hours and bring it back in one piece.

Once the key was handed over, a brief introduction was given, and we were off (once we established that the ignition was on!) That’s one of the issues when driving an EV, especially for the first time – it’s hard to know whether or not the motor is ready to go due to the lack of acoustic feedback.

What’s interesting about this new three-door hatch EV is that, aside from the yellow accents, funky wheels, grille and the EV plug imprint on the charge port flap (which looks like a contemporary petrol flap) our shiny black test car looks relatively normal. To the untrained eye, at first you might still not pick up that you are looking at something a bit different to a regular car. 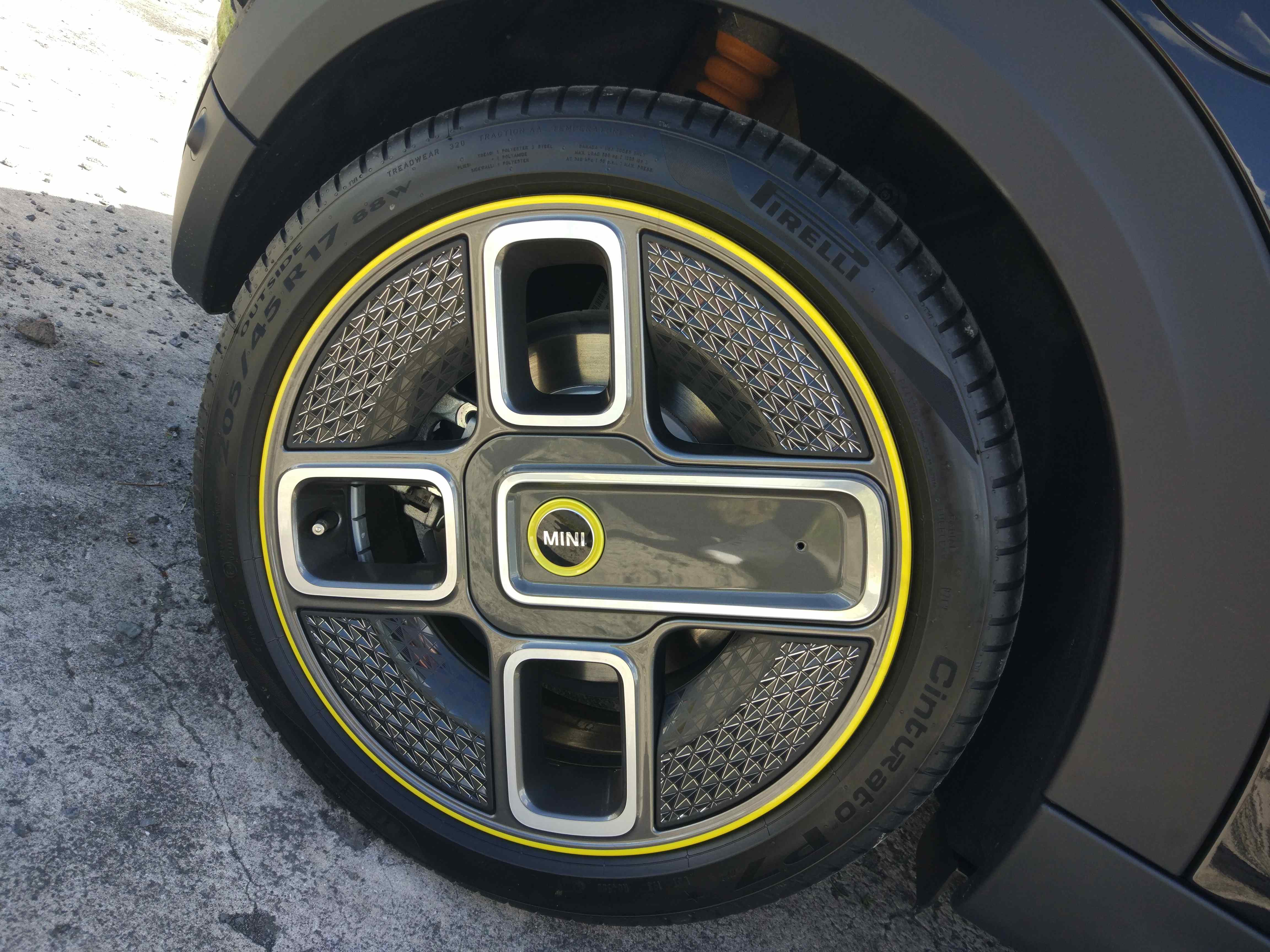 The unique wheels of the new MINI EV Hatch

We ended up driving through Auckland City out through Titirangi to the popular Piha beach on the west coast with the occasional stop for photos along the way.

As luck would have it, Vector has a charge point at the Piha café for another photo opportunity, so we just had to stop and refill with food and coffee - the car itself didn’t require any charging due to a total range of 233km. According to MINI, the average MINI owner drives 37.5km per day, so it should be ample for most drivers' day-to-day needs. 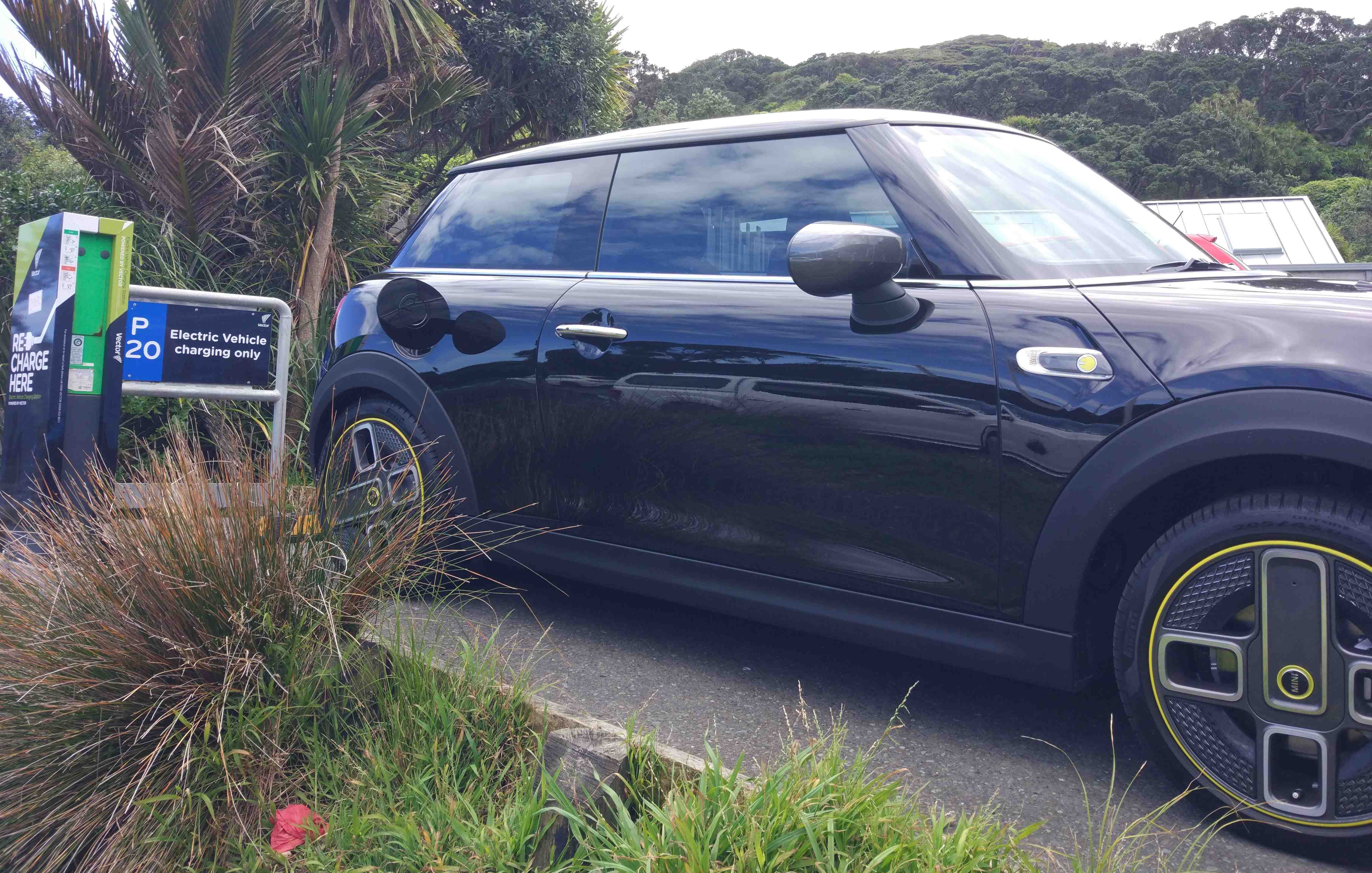 The MINI EV Hatch - Coming to a charging station near you

If you’re ever looking for a quick online EV charging location guide, the AA provide a useful list of charging stations around the country. Just visit aa.co.nz/travel/time-and-distance-calculator/ enter where you plan to drive and select charging stations. Otherwise there’s also a clever map function included in the digital display which highlights all the nearby EV charging stations.

Around the tight, twisty roads of the Waitakere Ranges, the MINI EV really did bring the fun back into driving and felt like an electric slot car – almost like the car was stuck to the road with magnets.

Glued to the road and aided by the weight and placement of the EV battery pack, the MINI Electric really gives you the confidence to carve through corners. The instant acceleration that the electric motor creates means there’s no waiting around for gear changes at any time.

The interior is by no means bland, despite an overall noire feel to it. The seats are made of nice smooth leather and the cabin is fitted with the stylish round speaker pods of a Harmon Kardon sound system. Despite the obvious overall modern feeling of the car, the MINI Electric Hatch still manages to retain the old fashioned looking toggle switches that we’ve grown to love in MINI. 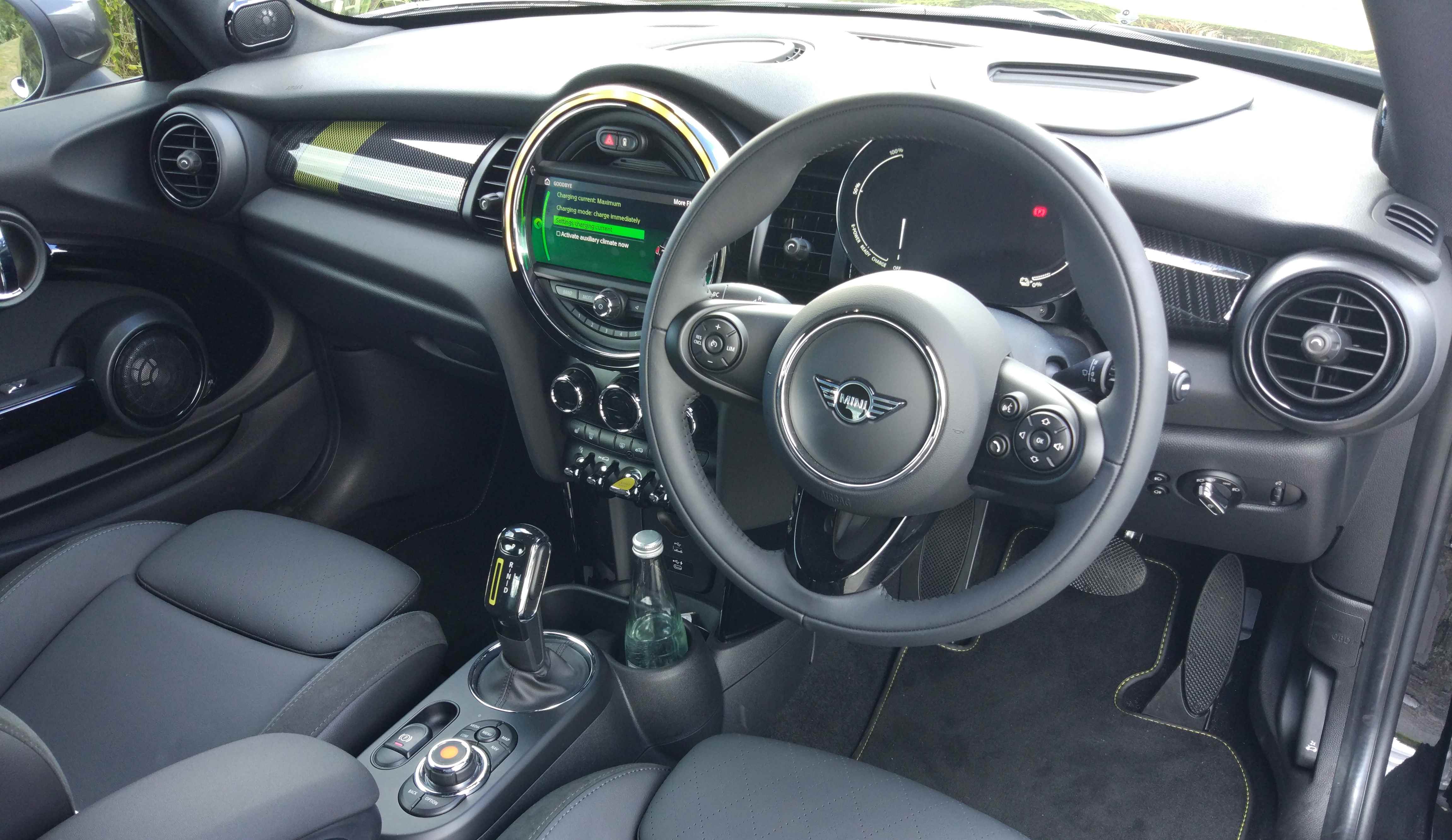 The interior of the new MINI EV Hatch

Besides it being an EV, there are a couple of other firsts in this car for MINI - this is the first one with an electric handbrake, as well as an all-digital dash.

The aforementioned overall range of the MINI Electric Hatch certainly seems achievable in the real world, especially as you can choose between two types of brake regeneration to supply more charge to the battery to help give a few extra kilometres on downhill journeys.

Due to the overwhelming interest Mini NZ has received on the new MINI Electric Hatch, they have confirmed the car is now sold out in the country. However, interested buyers can still place a $500 deposit to secure a mid-2021 delivery of the EV.

Watch this space for the full AA review, subject to vehicle availability.

Previous post
Next post
Why not consider a new compact SUV?
Read more
How to navigate getting a quote for repairs
Read more

Part Two: What are vehicle manufacturers doing now to reduce their carbon footprint?

MINI has released a pair of exclusive detail design sketches as an initial preview of the first...

The all new Countryman 2017, now available to the New Zealand public, is more spacious in every...