Life Stories to read this summer

We all know that nothing beats a good beach read. So we have selected our top picks of which life stories we think you should take for a spin this summer. From the hilarious to heartbreaking, the quirky to the courageous - these life stories are worthy of a spot on your holiday reading list.

How Not To Be a Boy, Robert Webb 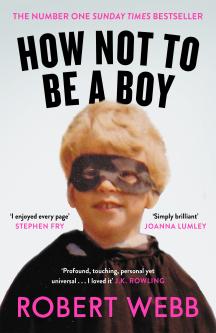 Comedian Robert Webb’s book is equal parts hilarious and heart-breaking. Right from the beginning of the book, he questions the need for having to follow the ‘rules’ for being a man and the absurd expectations boys and men have thrust upon them at every stage of life. As Webb takes a comedic trip down memory lane, he examines the influence his past relationships were in shaping who he is today. He also shines a bright spotlight on the area of toxic masculinity and the hugely negative impact it can have on men.  This book will make you both laugh and sob out loud. Sunday Express gave the book 5 stars quoting ‘Give a copy to any young male you care about’ and we couldn’t agree more! 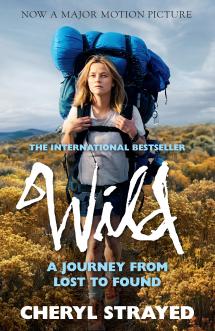 Wild is a firm Oprah favourite and we are feeling the love for this book also. Written by the courageous Cheryl Strayed, it tells the remarkable story of her 1,000-mile solo walk of the Pacific Crest Trail from the Mojave Desert through California and Oregon to Washington State.  Cheryl had tragically lost her mother to cancer and her marriage had broken down years earlier, so with absolutely nothing to lose and with an abundance of blind will she set out on her quest.  The book has been praised for its suspense and style, which is wrapped up in layers of humour and warmth. Cheryl powerfully retells the story of the journey that challenged, but ultimately healed her.

American comedic writer David Sedaris first wrote this bestselling collection of essays back in 2000. David separates the book into two distinctive parts, with the first part focusing on his life before he made the big move with his partner to live in Normandy, France. It includes his heavily suburban upbringing in Raleigh, North Carolina and continues through to him working odd-jobs as he tries to make it in New York City. In the second part, titled 'Deux’ David relays with comedic wit his move to Normandy, France with his partner Hugh. It focuses on the challenges Sedaris faced when living in a country where he cannot speak the language. It is written with the irreverent wit Sedaris is known for and each page will have you snorting with laughter at this American finding their way in France. 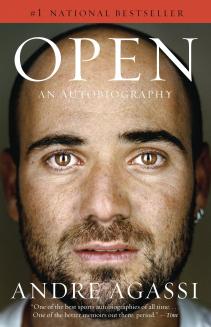 Agassi goes far beyond simply writing a memoir of a professional athlete and delivers a captivating story of a hugely remarkable life. A life, that was set out before he was even born, as Andre was always going to be a tennis star according to his family. Agassi bares all and writes about the tumultuous relationship he had with his overly demanding father. The book also tells us that even by the age of 22, when he began his grand slam winning streak and had had a taste of the wealth and fame associated with the game, he was often miserable and conflicted off the court. This is Agassi taking us for a passenger’s seat journey through the highs and lows of his remarkable life and career. Cover reprinted by permission of HarperCollins Publishers Ltd © 2009, Andre Agassi

American singer-songwriter, musician, and author Patti Smith’s Just Kids was the winner of the 2010 Non-Fiction National Book Award. This finely crafted memoir chronicles the coming-of-age story of her extraordinary relationship with the artist Robert Mapplethorpe, set against the gritty but beautiful backdrop of New York City in the late ‘60’s and 70’s.

The beauty of Smith’s biography lies in her eloquent and beautiful writing, which simply spell bounds the reader. It presents the beautiful collaboration of the art and music worlds in New York and acts as a homage to the agony and ecstasy of youth.

This hilarious biography from the insanely talented comedic legend Tina Fey (Saturday Night Live and 30 Rock) will have you in stitches. Join Fey for a rollickingly good time as she takes a trip down memory lane. It all begins with her childhood, where she was a self-proclaimed ‘vicious nerd’ and continues through to her time writing and staring in Saturday Night Live. Fey then recounts the chaos of motherhood – where eating food off the floor becomes quite the norm. You will enjoy every page of this hilarious book. 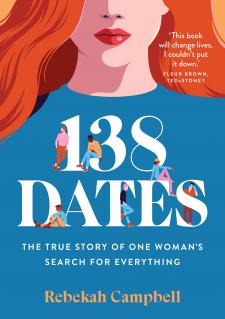 From the outside, Rebekah Campbell seemed to have it all. A highly successful tech entrepreneur who had graced many stages presenting on her start-up successes. However, at the end of each day, Rebekah felt an emptiness and a strong desire to start her own family. There was a little problem  - she did not have a partner and hadn't been on a date in 10 years, so she was a little rusty.  Therefore, she decided to approach her love life the same way as her business life. She sets about going on 138 dates with men across Sydney, New York and San Francisco in her search for the 'one'. Aptly praised as hilarious and honest, this book illuminates Rebekah's determination to find both herself and a partner for life.

This both funny and dark biography is where Bridget Jones Diary meets Fleabag. It tells the story of writer Sophie Heawood, who finds herself staring down the barrel of single motherhood in her mid-thirties. She had accidentally gotten pregnant to “Mr Wrong” and the relationship had busted up when she was six months along. The thing is though, Sophie hadn’t even figured out how to look after herself, let alone a baby.

This is an incredibly honest, modern and raw account of Sophie’s experience of motherhood. Peppered with sweetness throughout, it reminds us that true love can often be found where you would least expect it.

Gotta Get Theroux This: My Life And Strange Times In Television, Louis Theroux

In this intriguing book, the gawky and somewhat socially awkward Louis takes you on a journey through his life and his unexpectedly successful career. It all started in 1994 when Michael Moore gave him a one-off gig on his TV Nation program, where Louis reported on apocalyptic religious sects. This started both Louis’s career and his deep curiosity for understanding off-beat characters.  From there, Louis went on to hone his own documentary style, placing him in some very diverse worlds – from racist US militias to secretive pro-wrestlers. This book is jampacked with wry observation and self-depreciating humour – making for a very interesting read.

Did you know Steve Martin began his career selling guidebooks in Disneyland? From there, he began performing magic and comedy acts in the theme parks magic shop. By the mid-seventies, Steve had exploded on the comedy scene and in 1978 was attracting the largest comedy audiences ever. Then in 1981 he quit stand up forever. Martin states that this is the story of "why I did stand-up and why I walked away."

In this story of his younger years, Steve relays the tenacious and dedicated approach he took to honing his talents and performing stand up. It relays the highs and dramatic lows of being a comedian at the top of their game.