The AA is calling for all political parties to support fully implementing the Safe System approach set out in the Safer Journeys 2010-2020 Strategy seeking safer drivers in safer vehicles travelling on safer roads at safer speeds.

Doing this will also deliver New Zealand’s commitment to the United Nations’ Decade of Action for Road Safety.

In particular the AA is calling for increased emphasis in the following areas to improve the road safety of all New Zealanders.

The changes we call for

Finally, for the Safe System approach to succeed, we all must be involved. The government must do more to have a public conversation with all road users so they understand how they can play their part in making our roads safer for everyone.

Why these changes will make a difference

New Zealand’s road safety record has been steadily improving for decades – with 385 people killed and 14,541 injured in 2009 compared to 843 deaths and 23,385 injuries in 1973. However, our record is still worse than many other developed nations.

In 2008 we had a road fatality rate of 9.1 deaths per billion vehicle kilometres travelled. In Australia the rate was just 6.5 deaths and the United Kingdom had 5. If we could reduce our fatality rate to the same as Australia’s, instead of 375 people dying in 2010 we would have had less than 300.

New Zealand has particular features that must be taken into account when looking at international comparisons – the geographical spread of our small population means we drive more than many other first world countries, and often on less safe roads and in older vehicles – but there is no doubt we can do better.

New Zealand’s Safer Journeys 2010-2020 strategy recognised this fact and that a fresh approach was needed to take much-needed steps forward in reducing the numbers killed and injured on our roads.

New Zealand is also part of the United Nations’ Decade of Action for Road Safety. This is a global plan aimed at saving 5 million lives and 50 million injuries around the world between now and 2020.

The AA is a lead supporter of the Decade of Action and is working in numerous ways to ensure New Zealand achieves the actions it calls for - many of which align with the Safer Journeys strategy.

What is a safe system?

The Government’s 2010-2020 road safety strategy, titled Safer Journeys, moved away from the traditional view that drivers were solely to blame for crashes and it is instead based on a safe system approach that is supported by the AA.

The safe system concept acknowledges that even responsible drivers will sometimes make mistakes on the roads, so all aspects of the system need to protect users from death or serious injury when these errors take place.

To achieve this, the safe system is focused on creating safer drivers in safer vehicles on safer roads travelling at safer speeds. The AA has targeted its election calls to reflect these areas.

Drivers impaired by drugs are as great a risk on the road as those impaired by alcohol yet there were only 417 roadside impairment drug tests undertaken by NZ Police between November 2009 and April 2011. In comparison, 27,560 drivers were breath tested for alcohol in one weekend in May 2011 as part of a nationwide police operation.

Australian police have the ability to test drivers for cannabis, methamphetamine and ecstasy and the introduction of similar saliva-based roadside testing in New Zealand would send a clear message that driving under the influence of drugs is not acceptable.

A study by Environmental Science and Research from 2010 found drugs, or a combination of drugs and alcohol, in the system of nearly 35% of 1046 drivers killed in crashes between 2004-2009.

In the last year, 32,603 drink driving charges were laid by police. Of these, 6702 were a driver’s third or more drink driving offence. The public has lost patience with these drivers.

The current penalties, even the new more severe ones, do not seem to act as a deterrent for hard-core and often alcohol and drug dependent offenders. Innovative approaches like alcohol and drug courts alongside treatment programmes need to be investigated and trialled.

Research has shown that the more supervised hours a young driver has, the less likely they are to crash once they start driving solo. Internationally, it is recommended that drivers are supervised for 120 hours as part of their training and the new restricted driving test will assess drivers against this benchmark.

However, the current minimum period on the learner licence (6 months) does not allow sufficient time to complete 120 hours of supervised driving. The AA would like this doubled to 12 months to help young drivers get the experience they need to be safe drivers.

Minimum safety standards for all vehicles 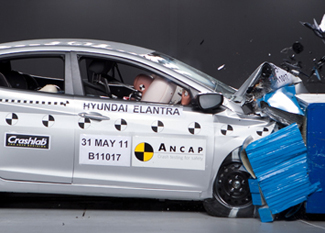 The average age of a New Zealand car is about 13 years old, meaning the majority of our vehicles do not include the modern safety features that can help prevent crashes or minimise the consequences of one.

Raising the safety standards of imported vehicles will improve this situation over time, and the AA is calling for new cars to have mandatory Electronic Stability Control and a minimum New Car Assessment Programme crash rating of four stars.

Relatively simple changes to the physical features of a road can have a major impact on road safety for minimal cost. These can include changes like road markings, signage, installing barriers and removing roadside hazards like power poles, trees and ditches.

For example, adding rumble strips to the road has the potential to reduce crashes by 10-25% when applied to high risk areas.

The $150 million each year would be targeted using New Zealand’s road assessment programme KiwiRAP to make improvements where they will have the greatest impact in reducing the number of people killed and seriously injured on our roads.

Net fines monies paid by motorists who have broken the law should be ring-fenced and used for road safety improvements like driver education, median barriers, rumble strips, red light cameras and school zone/school bus signage. This approach is common in many countries, negates any claims of revenue gathering through fines and gives a public sense of greater purpose and benefit to the community from fines. 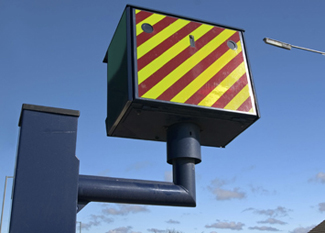 Fixed speed cameras should be placed in areas where excessive speed is a safety problem. Colouring them with high visibility paint and clearly notifying motorists of their presence will better achieve their purpose of slowing traffic down.

Fixed speed camera enforcement should be overt. Identifying speed camera areas and/or painting cameras for easy identification is normal practice in other countries like the UK and Australia. Under the safe system approach to road safety, every speed ticket issued is a measure of failure to maintain safe speeds.

Ministry of Transport figures show that in 2009, not stopping at a red light was likely to have been a factor in 227 crashes.