At a casual glance the uninitiated might confuse BMW’s sixth-generation M5 with any other big, luxurious sedan.

But look a little closer and there are hints that this is something special – from the quirkily-shaped mirrors designed for their aerodynamic efficiency, to the discreet M badges, to the two pairs of tailpipes.

You get a further hint of what’s afoot when the driver fires up the 4.4-litre twin-turbo V8. The purposeful burbling growl at idle leaves no one in doubt that this is a serious piece of kit. Mind you, our tester did select the most engaging aural setting – the switchable M Sport exhaust going from mild-sounding to purposeful at the touch of a button. 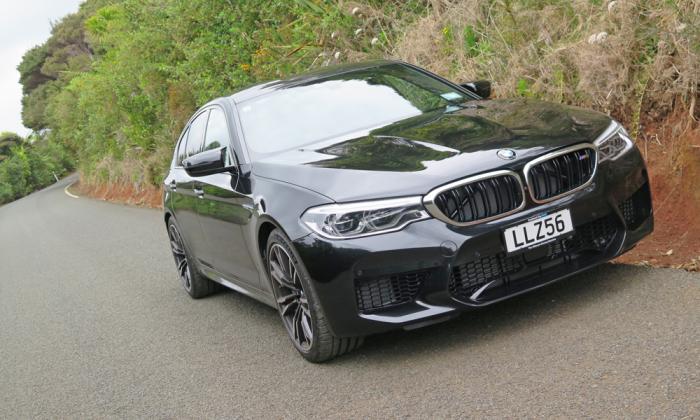 And purposeful it most definitely is. Were the car’s stability controls not so good the rubber wrapping those 19-inch alloys wouldn’t last long, given this engine can hurl 750Nm of torque through the tyres at anywhere from 1800rpm to 5600rpm, when the 441kW power peak arrives, the whole lot pouring to the ground until it final tails off at 6700rpm. Get serious and you can go from zero to 100km/h in just 3.4 seconds.

Yet inside the car, though you’re absolutely aware of how rapidly speed is building, there are none of the comfort compromises expected from a performance car. You’re wrapped in the embrace of a fabulous merino-leather-clad multi-adjustable seat, surrounded by all the luxuries you expect for a 200-grand car. 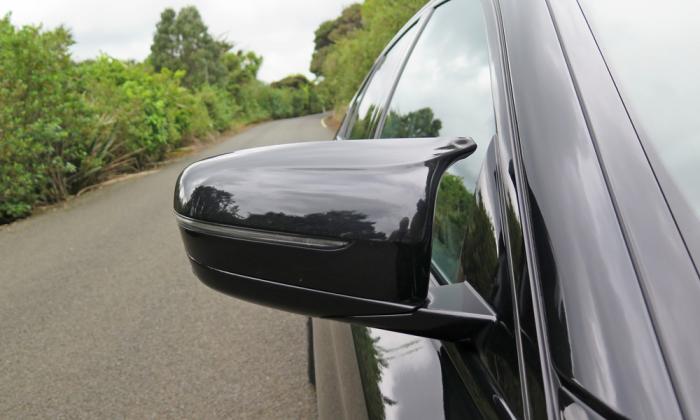 This updated M5 rocketship landed early this year, just as it was officially crowned World Performance Car of the Year. It came with a new-generation update to the motor, switchable rear- to all-wheel drive for the first time in a passenger M car, and lashings of carbon, including the bonnet, and a carbon-fibre reinforced plastic roof to cut weight and lower centre of gravity– even when you allow for more safety tech and the extra bits that make up the AWD set-up, this car is lighter than the version it replaces.
The AWD lets you choose three modes. The default is effectively all-wheel drive, albeit with a slightly rear bias which can be felt. Sport sends more power to the back wheels, or if you’re prepared for insurance issues you can decouple that front axle, sending every last kilowatt to the rears and ensuring a faster lap time than the outgoing car – though you do have to switch electronic driver aids off, so we don’t recommend that on public roads.

The eight-speed auto is also new, with similar response though a bit smoother round-town delivery than before, and with full manual control via those steering wheel–mounted paddles. Control freaks can even set a preferred shift speed, anywhere from ‘carrying granny’ to ‘making like Lewis Hamilton on song’.

The front wheels sit wider apart on this car, while extra bracing adds rigidity, and the rear suspension has also been tweaked, though the M5’s limits are so far out of this world we couldn’t fully test the result on public roads. We can confirm that it is worth trying the Comfort, Sport and Sport Plus suspension and steering modes, as there is a discernible, if modest difference between them. 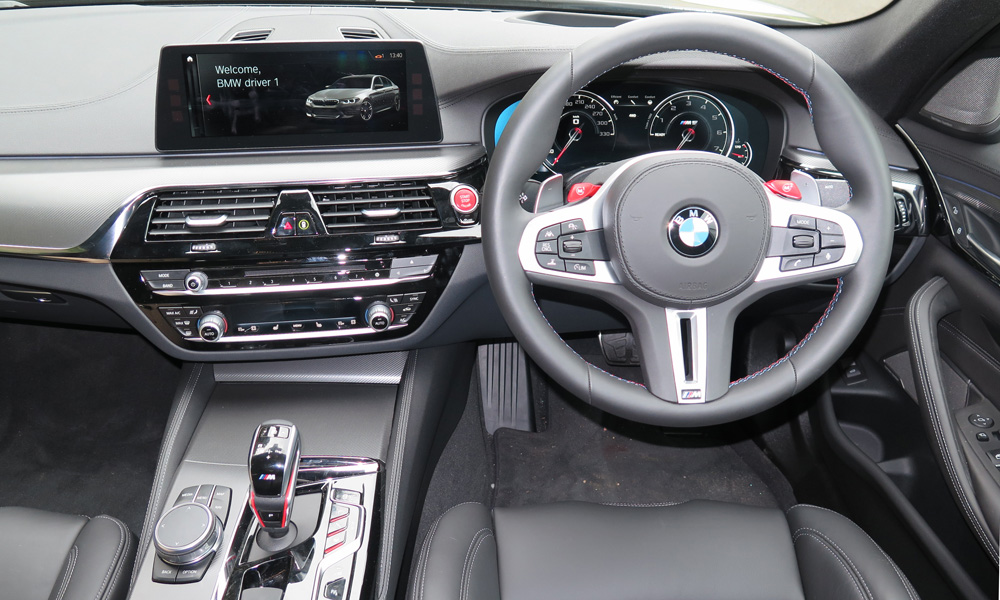 If you like tailoring how the drive feels to suit you, and get annoyed when your beloved changes them, take comfort in the ability to save your fave set-up. Want soft suspension, a sporty engine and ‘normal’ steering while they prefer sporty suspension and engine set-up but feather-light steering response? You can have the car remember that, and each access your own set-up at the tap of the red M1 or M2 buttons on the steering wheel.

As for the clever electronics, there’s a vast array, including surround cameras boasting a clarity and an ability to go the extra mile that’s truly impressive unless, like our tester, you live on a sloping bush-clad driveway, when the car’s tendency to read a flax leaf as an obstacle can leave you annoyed as the car first brakes, then balks at moving off. To be fair, most of this stuff can be switched off temporarily if circumstances dictate.

Then there’s the entertainment. There’s a touch screen with menus accessible at a gesture, but there are too many possibilities to list here. Suffice it to say you could spend a lot of time in this car just going through menus and working out what you can do, the various ways you can do it, and exactly how much is adjustable. We don’t get to keep a test car, so prioritized driving it…

Rear passengers aren’t forgotten, they get their own air controls, air vents and 12V charge points, plus pull-out screens for the windows when they want privacy.
And finally, there are subtle nods to the car’s performance ability inside – visually, in the shapely seats and in the subtle touches of red and blue, in the steering wheel stitching, on the gear lever, and even the seat belts.

And it really does have ability, via pulse-raising acceleration and the sort of handling no car this comfy has a right to, even if it does very occasionally feel a little too grown-up for our tighter back roads – while remaining just as capable of refined and luxurious cruising. Impressive.

Initially it sounds a bit odd to wave the M Performance stick at a car that’s basically...

The first thing you notice about this seventh generation 3 Series is that it’s considerably larger than...

No wonder SUVs take up a third of our market, given the term ‘SUV’ now covers such...

Mazda have recently introduced another all-new compact SUV to their fleet, designed to sit between the slightly...