Those vehicle aficionados who check out what the major companies unveil at international car shows will have spotted a new Honda Jazz at the recent Tokyo Show, and wondered how come NZ beat it with a ‘new’ Jazz back in September.

In reality Honda NZ didn’t get the jump on other markets, but gave the current Jazz an update before its replacement hits production.

Most of the additions landed in the RS we’re testing here. All Jazz get a new audio with Apple CarPlay, but the RS has a premium Pioneer version with Android Auto too, a bigger screen, and Apple phone projection. With most cars these days having the sort of infotainment screens that were a pipe dream for all but the privileged few not so long ago, easy touchscreen access to more functions is almost expected.

Our tester found some of the set-up a little old school (in infotainment terms) though, and some not as easy to use as expected – like the screen’s rocker volume switches. Given there’s a steering wheel control for volume, we’d expect the driver to use that, and the passenger the screen controls for sound…

The touches of orange in the trim looked great though, and injected a bit of vim to match the whiff of ‘sporty’ around the RS name. But there’s nothing different outside, unless you drop a bit more cash on the RS Sport and its body kit, or the RS Mugen kit.

As for the motor, that’s the same, though in a stand-out for these days, you can get a manual transmission. Neither the 1.3-litre in the Jazz S, or the 1.5 in this RS, are a ball of fire – they very much feel like the powerplant you’d expect in a compact city hatch, and though they’ll cruise the open road okay, even this bigger of the two engines could sound a little busy at higher revs, not helped by the gradual ramp-up of a CVT transmission – we rapidly defaulted to the steering wheel paddles and its seven gear-steps on steeper, or longer uphills, and when wishing to get a long a little more briskly.

We might not have noticed the powerplant’s fairly relaxed approach to motoring had the wee RS not handled reasonably well. The first-generation Jazz was outclassed almost the moment it hit a highway, but not this one – especially with its slightly stiffer set-up and ‘RS Quick Ratio’ steering, along with the brake discs all round, in place of the entry car’s rear drums. Just a pity one can’t really relax and enjoy it without becoming aware that the engine would rather its driver were a little more laid back.

Laid back, of course, suits the original focus of this little Honda – to manage the ups and downs of a busy life, likely one spent on urban roads and highways, rather than mad strops down byways.

Its magic ticket to sales on the usability front has been its Magic Seat set-up, still an eye-opener when you demonstrate it to someone unfamiliar with the system.

Like most cars, a simple seatback lever – one each side – folds the seatbacks in a 40-60 split-fold arrangement. Unlike most, the seat base rotates down as you drop the back, so you get a really flat, low floor akin to a carpet-lined mini-van.

We didn’t sample the other modes this time around, as they’ve not changed – you can still fold the rear squabs up and out the way for load-space height, for carrying that rubber plant, or even a couple of bicycles. You can fold the front passenger seatback flat too, for a really long item. And if the extended journey is getting a little much (and you’ve got no luggage) you can fold both front seats, to liberate what amounts to a rather firm double bed. It’s the sort of thing you expect from the kind of MPV that gets converted to a camper for overseas backpackers, not from a car in this class, and it almost does mean that this is a ‘one size fits all tasks’ sort of car for anyone staying on the seal.

With our market streaming like lemmings over the SUV cliff, the number of small-car variants is dropping. Holden no longer sells its Barina here, Ford dropped its entry-level Focus… But there are still small cars around, with the Swift and Toyota’s Yaris topping sales ahead of Jazz in third, and Kia’s Rio and the Mazda2 trailing. Those willing to top 25K can go a little upmarket, where VW’s Polo is a great wee car, albeit with a less flexible interior. Suzuki’s Swift Sport is the best of the Swifts, while those preferring something a little different could head to France, and consider Citroën’s C3. 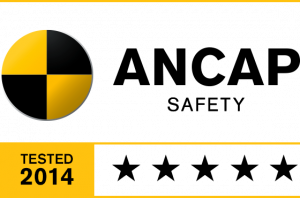 Take the performance and reliability of the fabled Civic and add in the practicality of a seven-seater...

In what seems like an eternity, the next-gen Honda Jazz has finally been launched, offering three distinct...