First released in New Zealand three years ago, the Hyundai IONIQ has remained a respectable choice if you’re looking for a good-looking, efficient ride, that won’t break the bank.

The IONIQ Series II is available as a full EV, a hybrid, or as a plug-in hybrid. We tested the latter, which is available in two sub-variants – either the ‘Entry’ or ‘Elite’ models.

With its sweeping silhouette, the looks haven’t needed to change too much over that time, but the latest facelift – which Hyundai calls the Series II - comes at a time where a large amount of marques are venturing into the hybrid/electric space. Like some of its direct competitors, the IONIQ is easily identifiable as a car boasting this forward-thinking technology. In terms of looks, the grill is really the only noticeable difference from the original model.

The good looks continue through into the interior, too. The cabin is clean and modern, with a noticeable lack of physical buttons to operate things, like air conditioning on the centre console. There are, however, an expected array of buttons on your steering wheel which control the usual things like radio volume, Smart Cruise Control (SCC) and the voice recognition software.

The Entry model comes with an eight-inch touchscreen as standard, which can mirror your smartphone via Apple CarPlay and Android Auto via USB. The Elite model showcases a larger 10.25” screen with satellite navigation.

Interior comfort levels were also good, although the IONIQ is not ideal if you plan on carrying taller passengers. Although the legroom is ample, the headroom in the rear seats is compromised due to the IONIQ’s shape. As expected, the boot capacity is also quite generous with a 341-litre capacity.

The IONIQ Plug-in features a six-speed Dual Clutch Transmission, and sports a 1.6-litre 16 valve DOHC petrol engine with four cylinders. This produces 77kW of power at 5,700rpm and 147Nm of torque at 4,000rpm. Being a hybrid, this is backed up with 44.5kW and 170Nm from the electric motor, which is powered by an 8.9kW lithium ion polymer battery. The performance is what you’d expect from a car in this class, the power won’t blow you away but it’s responsive enough to satisfy the average driver.

One of the benefits of hybrid technology is having the ability to ‘safe fuel’ by driving using the electric power alone. Hyundai claim that the IONIQ is capable of a range of 52km using just the battery, although this is only achievable in optimum circumstances. During testing, we were able to achieve 40km+, which is ideal if you only do short drives to and from the shops. Claimed combined fuel economy is a staggering 1.1l/100km.

Charging the battery takes six hours via the mains adapter, which comes as standard, but a 3.3kW Fast Charge Wall Box can be selected as an optional extra – this more than halves the charge time, at two-and-a-quarter hours.

The IONIQ Plug-in is a reputable choice if you’re in the market for a hybrid sedan. There are, however, a few obvious (more popular) competitors that the Hyundai is up against - like the Toyota Prius and Kia Niro – but all have similar looks, range, and performance. For Uber drivers, the low roof in the rear cabin might put you off buying the IONIQ, but if you’re interested in buying a hybrid just to improve the economy on your daily commute, it might be worth popping into Hyundai and booking a test drive once the lockdown is lifted. 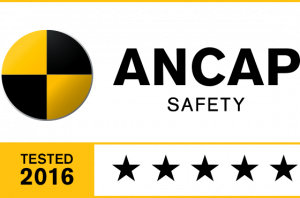 Look out hot hatch lovers - there’s a new Fastback in town. Following the huge success of...

It feels like the second-generation Hyundai Veloster is knocking on the door of the exclusive ‘hot-hatch’ club....

Small SUVs are becoming more and more popular on our roads. They tend to offer the practicality...

Toyota’s new C-HR launched in January and quickly followed the RAV4 and Corolla to make the top...