The tester we spent most time with was the standard petrol in Limited format, at $108,900, and not the hybrid, which NZ buyers do seem to prefer. We can see why, as our vehicle drank quite a bit more fuel per 100km than the 10.2l/100km claim: we mainly stuck to hilly B roads and semi-urban errands for the duration, with very little frugal highway cruising to offset it, our fuel thirst averaging out at around the urban claim of 14.3l/100km.

Apparently the fourth-gen RX got a thorough going-over before Lexus decided what needed improvement, the result being a stiffer body, less body roll and less vibration. Lexus says the shocks have been retuned and the anti-roll bar updated, and the drive experience is undeniably pleasant, while keen drivers will enjoy the added vigour available to those paddle-flicking up and down through the eight-speed auto.

It’s not enough to compete with the more raw appeal of performance equivalents from Mercedes and BMW, but more than sufficient for those honest enough to admit that you buy an SUV this size for long-legged family comfort, and not racetrack shenanigens.

Leave it in auto for smooth progress, sharpened or blunted a tad by twisting the ‘Sport’ or ‘Eco’ dial.

The latest RX gets some clever new tech, at least in the F Sport and Limited iterations. We didn’t get the chance to try the BladeScan headlights, an adaptive high beam system using multiple LEDs switching on and off to effectively dip into low beam at angles facing oncoming traffic, while still throwing the beam further where there is none. That means oncoming cars aren’t blinded, but you can still see the verges ahead and spot pedestrians, for example, at 56 metres, even at night.

Comfort features added include a hands-free tailgate with ‘kick’ sensor, so it should open at a swipe of the foot beneath it, a wireless device charger, six USB ports, a touch pad interface with the various menus you can access on that 4.2-inch screen, Apple CarPlay and Android Auto let you access Siri, or Google Assistant, and a Mark Levinson 15-speaker audio for this Limited – three more speakers than the standard RX.

The interior in this Ltd is particularly attractive, with its pale, laser-cut wood delivering light, and visibly pricey touches, including smooth curves that focus the cockpit around the driver. That wood is available in several different finishes for customers who like to feel they’re customizing their ride, mollified by the fact the RX claims to claw back some of its environmental excesses by using recycled materials here and there, with the audio speakers made from bamboo – we guess you’ve got to start somewhere.

This RX is also reasonably practical. At the rear, the boot comes with an anti-slip mat to prevent bags sliding around, plus bag hooks for smaller items. There’s a 12V power socket and light, and a peek under the boot floor reveals a full-size spare wheel plus a largish storage bin.

There’s no need for brute strength to further expand the luggage space – two buttons at the rear, and another on the second-row seat base, on each side, either fold or raise the row two seatbacks with a simple finger tap.

Those back seats access a bottle pocket in each door, and have their own seat heaters, cooling vents and USB ports, for two, plus three-point belts for three. There’s plenty of leg and head room back there – even the tallest teens shouldn’t have much to complain about.

Thoughtful touches abound up front, too. The door pockets open a tad further on a hinge for ease of access, and the passenger also has a pocket by their right knee. There’s plenty of storage, including a cell-phone slot, all in a cabin with dark leather punctuated by that beautiful blonde wood.

Too many comfort and convenience features to list here complete the picture – naturally, given the heatwave clamping down during our test run, the chilled seatbacks got a workout.

The RX line makes up 30 per cent of Lexus sales in NZ, and the hybrid models are increasingly popular. There’s clearly still a market for a 3.5-litre six-cylinder petrol motor in an SUV, especially one this handsome. But times they are a changing, and given the R&D might of Toyota, and the increasing number of executive express SUVs appearing in electric or plug-in tech, we suspect those who like big cubes – especially when combined with the undeniable refinement that comes with the Lexus brand – might want to buy this RX while they still can.

If you love the looks of the refreshed RX but are concerned about fuel efficiency, the RX450h might be the option for you. As already mentioned, this tends to be the more popular choice in New Zealand, despite costing considerably more than the standard petrol model.

Lexus claim it is capable of using just 5.7 litres of fuel over 100km – almost half the figure of the RX350. Of course, to maintain that level of efficiency, it must keep it in the ‘hybrid’ mode – keeping it in Sport or Sport+ will likely result in even worse efficiency than the RX350.

One of the downsides of the hybrid technology is the added weight it brings, meaning the RX450h is not quite as nippy as it’s less frugal, more aggressive sibling – although a combined power output of 230kW (or 308bhp) is not a figure to be sniffed at.

We tested the F SPORT model, which doesn’t offer the vast amount of quirky interiors available on the RX350 Limited. Instead, you have just the two interiors to choose from – red or black leather. 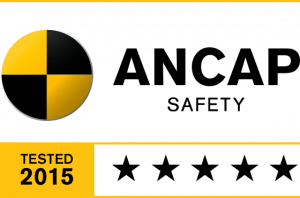 Lexus has focused on driving dynamics and driving performance for the 2021 Lexus IS range, with the...

The 2020 new generation Yaris line up is quite large, with multiple variants based on the TNGA...

The day has finally come when we can say 'Subaru' and 'economical' in the same sentence...