We recently tested two variants of the new Mazda BT-50 - both the mid-spec GTX and the top-spec Limited Double Cab 4x4 models.

As part of the new platform design collaboration, the BT-50 has a few new tricks up its sleeve, like remote engine start (Limited model only), and while it might not be something that would be used too often, it can certainly impress your friends and, more practically, pre-condition the car on an unusually hot or cold day. We tried it out on a hot day while loading up the car for a mini road trip and were pleased to find that the engine turns off as soon as you unlock the doors - a very good safety feature.

Everything bar the badge

Basically only the Mazda badge remains from the outgoing ute. The old BT-50 had a good innings, but the new model also signals the end of the previously shared platform with Ford. Mazda NZ calls it possibly the newest ‘all-new’ vehicle they’ve ever had.

You can feel that the new, more fuel efficient engine is down on power compared to the outgoing model, but is still plenty capable of carrying out the tasks required.

From the A-pillar forward, Mazda has really made some changes and now adds their ute to the recognisable KODO design language (including the large front grille) that the rest of the marque’s range so gloriously embodies.

Safety is paramount to Mazda, and the new BT-50 achieved an outstanding five-star ANCAP 2020 crash test rating using the same test information as the Isuzu D-Max.

Thanks to this shared platform, the BT-50 has gained safety extras like a far side airbag (to stop driver and passenger heads colliding), Emergency Lane Keeping, and Turn Assist (blind spot monitoring). Also, for the first time, a driver’s knee airbag and a driver’s far-side air bag has been adopted, giving it a total of eight air bags. Anti-whiplash front seats mitigate neck injuries in case of a rear end collision, and pedestrian protection is improved by optimising the bonnet shape to minimise injury.

Over and above the raft of features fitted as standard in the base GSX model, the GTX adds a 9-inch touch screen, dual-zone climate control, sat nav, 18-inch alloy wheels, and Advanced Keyless entry. Over and above the GTX features, the Limited gains brown leather seats (with the front being heated), the aforementioned remote engine start, chrome trims, heated exterior mirrors and an eight speaker audio system.

Versatility of a Utility

This ute is built with all markets in mind: the commercial element for the job site and weekend lifestyle carting sports gear or outdoor adventure toys. The BT-50 also has a family appeal with the high level of safety features and passenger comforts.

The Japanese Mazda designer calls it a vehicle ‘built for dress and jeans’, meaning it’s been designed for both the 9-5 work day and for those who like to explore the outdoors and are looking for a bit of adventure.

There are no complaints about the fit and finish of either model we tested. They’re both easy on the eyes, have intuitive systems to use and offer easy care surfaces.

The interior feels car-like, but the Mazda BT-50 doesn’t drive like a car - it drives like a ute (which is exactly what buyers will want).

The Lane Departure Warning (LDW) and Forward Collision Warning (FCW) systems are both very enthusiastic in their job. They warn you loudly and very much in advance as soon as they think you might unintentionally leave your lane or a car might be approaching in front of you quicker than the system would like. They serve to make the passenger uncomfortable, the driver a bit irritated and a toddler stir while trying to sleep. The good news is that if you ever remember while stopped, you can turn these both off through the infotainment menu.

Fitting a child seat in the back seat required a bit of fiddling - we had to fold the seatback down to remove the headrest and feed the top tether straps through a strap behind the seat and clip it to the anchor point in the centre of the back seat. The legroom in the back was adequate, and there was zero obstruction to the vision out the side windows.

However, as we discovered, the BT-50 is not a vehicle designed for a young family road trip where you can only travel while your extremely active toddler naps. Although very capable and the top-spec has leather interior and all the trimmings, the fact that it is designed to carry up to one tonne of weight on the tray makes it a bit bumpy and uncomfortable for the rear passengers without any load. The ride is fine on the motorways, but when you get out on the NZ state highways, well…it can get a bit rough at times. 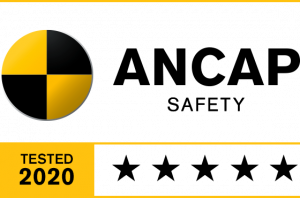 A new day has dawned for Mazda, with the introduction of their first total new model of...

AA recently reviewed a popular used car, the Mazda CX-5 2012 compact SUV, and compared it with...

In an interesting turn of events, Mazda has released its first Battery Electric Vehicle (BEV) ahead of...

The Mazda CX-5 is a popular medium-sized SUV, and has now become even more attractive thanks to...