Mitsubishi has always been incredibly strong in the Plug-in Hybrid Electric Vehicle (PHEV) segment thanks to its popular seven-seater Outlander PHEV.

Mitsubishi is smart. Yes, they have had a very successful model on offer since 2014, but they also know that they can’t rest on their laurels, especially with other marques eyeing up this growing segment. New PHEV models have been released in the last 12 months by the likes of Kia, Peugeot, Ford, Volvo and Skoda.

The recent launch of the Clean Car Discount will no doubt spur on motorists to consider making the shift to owning a new PHEV and take advantage of the $5,750 discount.

The Eclipse Cross PHEV is a much more compact SUV, which has already been proven on NZ roads with its tried and true underpinnings inherited from the Outlander. The new car delivers what all buyers have come to love about the Outlander but in a smaller package and, as always with Mitsubishi, it’s available at a very competitive price point.

The Eclipse Cross PHEV starts from $50,990 (+ORC) for the XLS 4WD model, although we tested the range-topping VRX 4WD variant which starts from $58,990 (+ORC). These prices exclude the Clean Car Discount.

The PHEV is rather similar to the conventional petrol variant, but there are a few tell-tale signs that you might be able to spot. For instance, the taillights are illuminated in the tail gate section unlike the ICE variants, and the futuristic 18-inch alloys stand out and are wrapped in Bridgestone’s efficient Ecopia tyres. Of course, there’s also the badging across the front doors and tailgate, but other than that it’s a pretty low-key PHEV model.

We particularly liked the taillight design, which made the Eclipse Cross PHEV feel more balanced and it intersected the hip line nicely. The front of the car features the standout Dynamic shield front-end that’s now a very recognisable sight on our roads. Some people aren’t fans of this look, but this implementation seems to work well in this PHEV, especially with the contrasting effect of its glossy black honeycomb grill.

The interior of the model we tested was well appointed with black leather seats throughout. The front seats were also power adjustable, and all seats in the car were heated. This particular model also sported dual sunroofs, which resulted in an interior bathed in light which complimented the otherwise dark interior really well.

The switches for the heated seats in the front are quite industrial looking, and would probably look more at home on a truck than in this otherwise modern interior, but this is something that Mitsubishi has a habit of doing.

Multiple cameras dotted around the vehicle let you view not only what’s happening directly behind, but also all around you. Mitsubishi call this the Multi-Around View Monitor system which provides a 360-degree bird's eye view of your car. This clever system is displayed through an eight-inch infotainment display, which also features Apple CarPlay and Android Auto for smartphone connectivity.

This model is equipped with both AC charging and DC fast charging capabilities, however unlike the Outlander PHEV, its AC charge port is a Type 2 fitting. This Type 2 AC port has a locking function to lock in the cable when charging and prevent anyone from unplugging it.

The Eclipse Cross PHEV is capable of charging up to 80 per cent of its battery in just 25 minutes via DC fast charging, but everyday charging can also be executed via a household outlet in around seven hours, or four hours using Mode 3 charging.

One of our first experiences in the Eclipse Cross PHEV demonstrated the main advantage of owning a PHEV over a Battery Electric Vehicle (BEV) – the lack of range anxiety. We were keen to fully charge the battery, so went down to the Vector charge station in Auckland CBD, but were stuck behind two BEVs – a Nissan Leaf and a Tesla Model X – which were both partway through a charge.

Instead of waiting, we drove back to AA’s Head Office and instead fully charged the SUV overnight with a conventional three-pin plug. The electric-only range on the Eclipse Cross PHEV is up to 55km, so this was plenty for a 40km round trip to and from the office. If you were diligent enough with your driving style, you could certainly get away with overnight charging on a regular wall socket and save on fuel costs. Combined with the petrol engine, the car has a range of up to 650km.

The AWD system - named S-AWC - has several terrain modes: Tarmac, Gravel and Snow. Regardless of the mode you choose, the Eclipse Cross PHEV is packed with plentiful power and prowess for tackling the daily drive, with the S-AWC systems offering extra assistance should your driving conditions take a turn for the worst.

Overall, the Eclipse Cross PHEV is a very smooth commuter which fits a family of four with ease. There were absolutely no complaints from our rear occupants.

All variants of the Mitsubishi Eclipse Cross were given a five-star ANCAP rating in 2017. This model comes standard with safety features like Forward Collision Mitigation with Pedestrian Detection, Lane Departure Warning and Blind Spot Warning (with Lane Change Assist).

The Mitsubishi Outlander has ruled the roost over the last seven years within the PHEV space. The Eclipse Cross PHEV gives you everything you loved in the Outlander but in a more fun-sized package, think Apple with its iPad and the iPad Mini.

Mitsubishi didn’t really need to reinvent the wheel with the Eclipse Cross, but instead polish an already successful recipe, and it’s really hard to fault them for what they’ve done with this model. 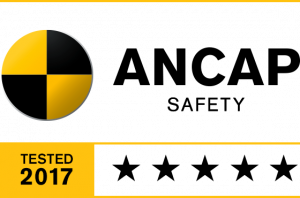 A new day has dawned for Mazda, with the introduction of their first total new model of...

EVs have accelerated onto the market in the last 12 months, and the new Escape PHEV is...

The Toyota Prius is the third bestselling used vehicle in New Zealand so far in 2021, with...

Priced from $85,500 (+ORC), the all-new Mercedes-Benz EQA just misses out on meeting the criteria for the...