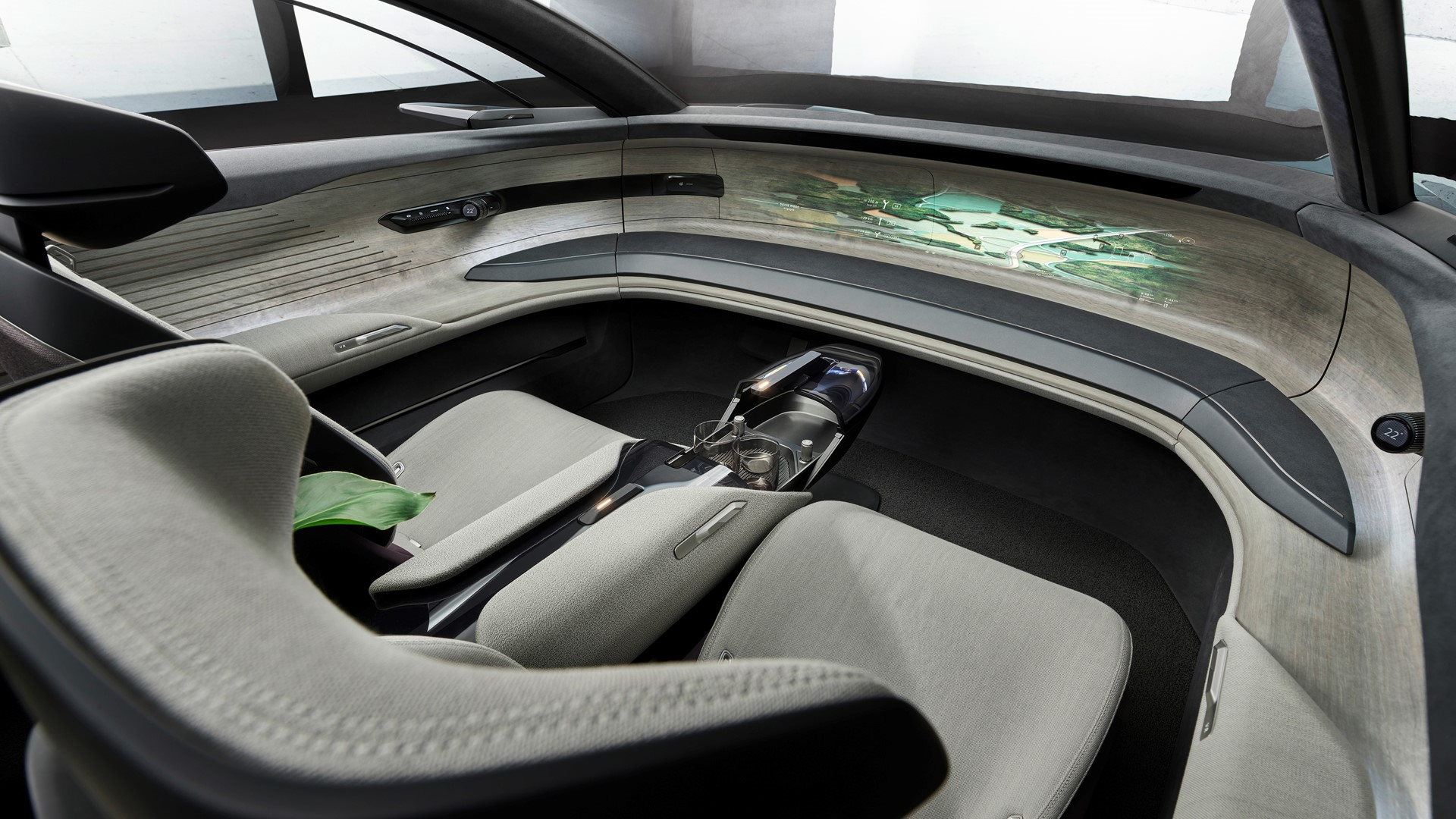 Like a private jet for the road – Audi's Grandsphere concept demonstrates what an autonomous vehicle cabin could look like.

New vehicles are more sophisticated than ever and often include safety features like Advanced Driver Assist Systems (ADAS) that can intervene or operate on behalf of the driver. It’s important to note that this feature doesn’t minimise the need for the driver to always be in charge, vigilant and ready to act or maintain vehicle control at all times.

For a start, there are active and passive safety features in most vehicles these days. As the names suggest, passive systems issue warnings that can be audible, visual, or both, while active systems will generally allow a function to activate in order to prevent or minimise an accident on the driver’s behalf should the conditions allow.

This is a feature that many motorists will be familiar with. First seen in some Honda and Mercedes vehicles as far back as 2003, it’s now a standard feature in almost every new car we see today.

These safety features rely on the use of radar to either alert a driver of an impending collision or take action to autonomously brake the vehicle. Put simply, the system will act if you don’t.

A car may have a parking system where the car will steer and accelerate into the perfect park at the touch of a button - but the driver must hold the button throughout the movement and remain on hand to intervene at any time.

Remote parking is currently a feature on more high-end cars, where the operator can start and move a vehicle forwards or back (using the key fob or smartphone) while standing near it. This helps get the car in or out of tighter spaces.

With the adoption of electric steering assist, the way has been paved to take vehicle safety systems to the next level.

Lane Assist warns the driver that they are drifting out of the lane, but if they fail to correct or their reactions are too slow the vehicle will automatically take steps to ensure the vehicle stays in lane.

In some vehicles the Active Lane Keep is available in conjunction with the Adaptive/Radar Cruise Control, giving a small sense of autonomous driving as the car maintains its position in the lane. This becomes even more noticeable when the steering wheel turns by itself around small bends in the road.

More vehicles now include Lane Keep Assist systems that are able to be used even without the cruise control, and will work in some suburban streets as long as the road markings are clear. The entry-level Toyota Yaris, for instance, includes this feature as standard as part of the Toyota Safety Sense package.

This is as close as it gets to an autonomous vehicle in New Zealand. In vehicles with advanced Smart or Adaptive Cruise Control, the driver can set a desired cruising speed and following distance. The vehicle uses sensors, cameras, and radar to look for upcoming traffic and will slow the car to match that of the vehicle in front, while also navigating slight turns in the road when the driver lightly touches the wheel. In some vehicles, this feature has the ability to change lanes for the driver if the indicator is applied and the road is clear.

If you think you don’t have to drive with your hands on the wheel anymore, this is not the case - the driver must be in control of the vehicle at all times. The system assists the driver, and doesn’t drive the vehicle autonomously. These systems issue a warning and will deactivate if the driver removes their hands from the steering wheel after a short period of time, but it does give a small indication of how an autonomous vehicle could operate if, and when, we get that far.

ADAS technologies are providing a pathway towards Autonomous Vehicles (AVs), but AV technology is not yet at a point where it’s ready to be released for public use.

The six levels of vehicle autonomy:

The six levels are known as the SAE (Society of Automotive Engineers) Levels, and numbered between 0 and 5. The first three levels are where the driver must monitor the driving environment, the other three are where the vehicle monitors the environment during the course of the drive. Level 1 means there are a very small number of features that affect the vehicle’s movement, levels 0-2 cover most ADAS features and in Level 5, the vehicle can safely drive itself.

Most vehicles on the road today are at Level 0 – they’re manually controlled. The driver provides the ‘dynamic driving task’, although there may be systems in place to help the driver. Features like Blind Spot Warning, Lane Departure Warning and Autonomous Emergency Braking are all examples of this.

This is the base level of automation, where vehicles can feature a single automated system for driver assistance, such as steering or accelerating/braking (cruise control). Adaptive Cruise Control, where the vehicle can be kept at a safe distance behind the next car, qualifies as Level 1 because the driver monitors the other aspects of driving such as lane centering and braking.

This means the vehicle features Advanced Driver Assistance Systems (ADAS). The vehicle can control both lane centering and accelerating/decelerating. Here, the automation falls short of self-driving because the driver can take control of the car at any time.

Level 3 vehicles have ‘environmental detection’ capabilities and can make informed decisions for themselves. However, they still require a driver to override. The driver must remain alert and ready to take control if the system is unable to execute a task.

The key difference between Level 3 and Level 4 automation is that Level 4 vehicles can intervene if things go wrong, or there is a system failure. In this sense, these cars do not require driver interaction in most circumstances. However, a driver still has the option to manually override.

Level 4 vehicles can operate in a self-driving mode and may be ‘geo-fenced’ and only permitted to drive within a certain urban low speed environment.

Level 5 vehicles do not require driver attention―the ‘dynamic driving task’ is eliminated. Level 5 cars won’t even have steering wheels or acceleration/braking pedals, and they’ll be free from geo-fencing, able to go anywhere and do anything that an experienced driver can do.

Fully autonomous cars are undergoing testing in several pockets of the world, but none are available to the general public…yet.

Getting a vehicle valuation

A vehicle valuation is a step that is all too often overlooked. The value of a vehicle...

How to save money at the pump, every bit counts

Fuel in New Zealand isn’t getting any cheaper currently, with 95 octane fuel averaging $2.36 per litre...

Despite the Covid-19 restrictions experienced over the past 20 months, more NZ motorists are making the move...

It’s hard to deny that the sales trend over the past few years has seen the manual...