Look out! E-bikes are everywhere

E-bike sales are on the rise – and cycling in general is becoming more popular across New Zealand. This is great news because cycling not only reduces emissions and improves health, but it can also cuts congestion so drivers spend less time stuck in traffic.

However, more cyclists also means drivers must be extra-vigilant in watching for bikes on the road.

Faster, but still hard to spot

With so many more e-bikes on the roads, you might notice more diverse types of cycle commuters, and more bikes keeping pace with traffic. Even uphill e-bikes can travel at around 30km/hr and they often pull out to pass cyclists on acoustic bikes.

But e-bikes are just as hard to spot on the road as pushbikes, so keep an eagle eye out for all cyclists, especially at night. The same rights of way apply to bikes as to cars, so apply the rules as you would to another car at intersections and roundabouts. Turning can also be a problem: cyclists turning right are particularly exposed to cars, while careless drivers turning left can easily hit cyclists.

In 2020, 11 cyclists were killed on New Zealand’s roads, and there were 147 serious injury crashes and over 550 minor injury crashes involving bikes, according to Te Manatū Waka. Many of these could have been prevented if drivers had been on the look-out for bikes.

The danger of doors 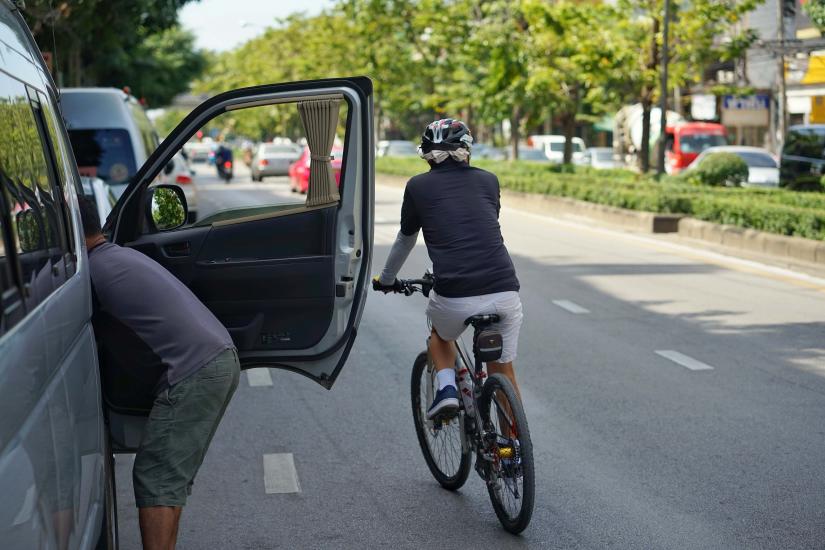 Sometimes you’ll be driving in a busy area and a cyclist will slow you down because they’re riding at least a metre away from the line of parked cars. This can seem frustrating, but it’s actually smart on the cyclist’s part. Riders know that parked cars can be even more dangerous to their safety than those on the move, because people sitting in their cars often open their doors without checking the road is clear.

‘Dooring’ is a common cause of cycling injuries. Not only do cyclists get hit by doors, but sometimes they swerve around doors into oncoming traffic; this can cause serious injury or even death. If you’re opening your door, always check over your shoulder and both roadside and rear mirror to see whether the road is clear. It takes just a split-second, and it could save a life.

Give cyclists plenty of space

It’s not only doors which can cause cyclists to veer into the road. Potholes, rubbish and broken glass from Friday and Saturday night’s smashed bottles can all present hazards to those on two wheels. Although cyclists should check before they swerve, they don’t always do so. You can do your part by allowing plenty of room: ideally 1.5m between your vehicle and any cyclist. 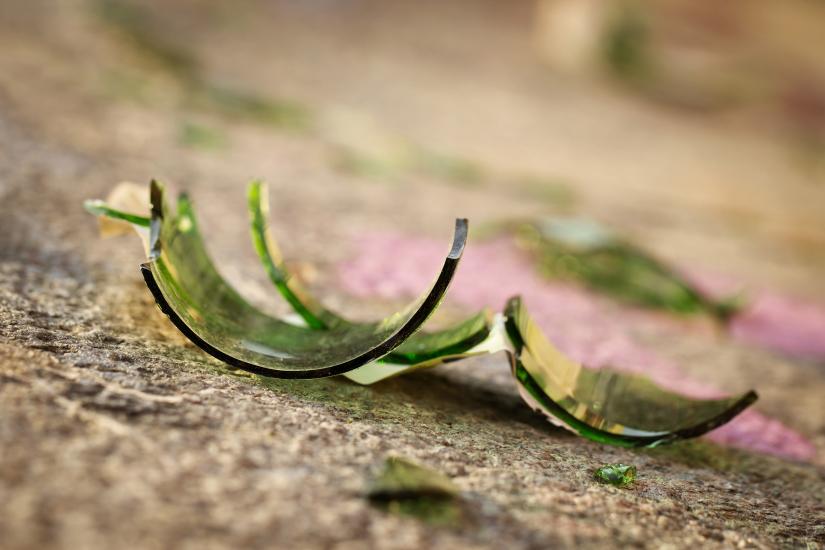 Don’t be in a rush to get past cyclists either; e-bikers, in particular, can quickly catch you up in traffic and then you’ll be trying to pass them again. Take your time and make sure there’s ample space before you overtake, not only for the manoeuvre but also to allow you time to move well ahead of the rider. If you’re turning left, make sure you indicate early enough and check your mirrors for cyclists before you swing left. 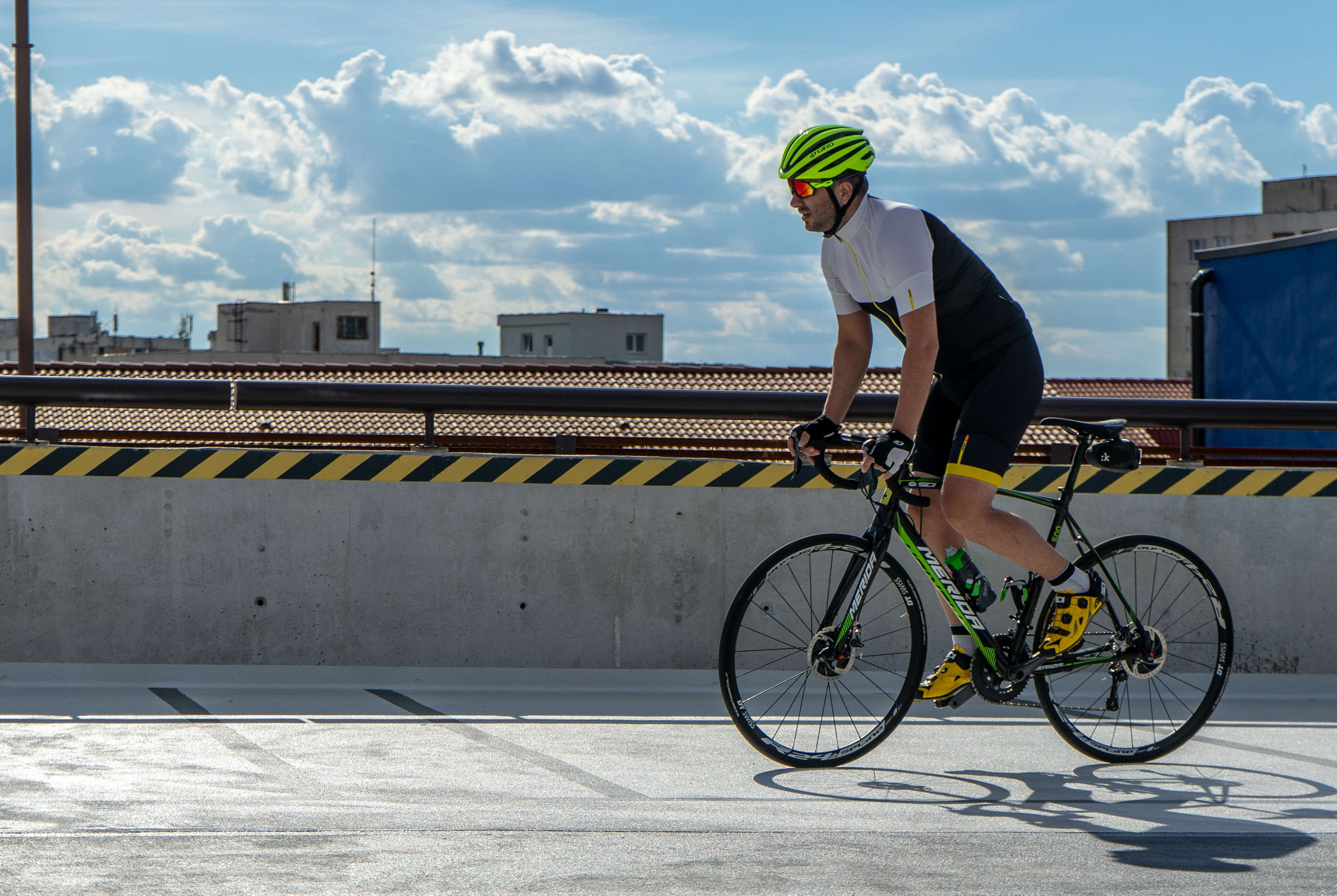 The road is a shared space

It might feel like our roads are designed for cars, but they’re multi-use spaces for everyone: from toddlers walking on the footpath through to 18-wheelers. That includes cyclists, so recognise their rights on our roads and drive carefully to help keep them safe.

AA Motoring Affairs General Manager Simon Douglas says, “The Government is soon expected to launch the 'Accessible Streets' package or rule changes, aimed at improving safety and accessibility for cyclists, walkers and scooter riders, amongst others.

"As part of the package, we are expecting a minimum passing distance for cyclists will be included into the regulations covering road safety. The research that was commissioned as part of the review showed the vast majority of passing manoeuvres where cars pass cyclists leave ample room for safety and for comfort. A small number, however, did not.

"In the AA’s view, the major benefit of introducing a new law is it creates an opportunity to raise awareness of what good and safe passing distances are, and to promote these to drivers. Our submission on the draft rules called for a major education campaign to accompany the launch of the new rule.”

Vehicle ownership - Everything has a shelf life

It’s a debate (almost) as old as the wheel itself – who’s the better driver, men or...

While most people know to check the owner’s manual to find out which kind of oil their...

Staying safe when driving in the dark

Driving at night can sometimes be a challenge. Some drivers love it, but some will try and...

If you've ever suffered the misfortune of having your car stolen or broken into, you'll be all...