Two new BMW X7 models are coming to New Zealand in the last quarter of 2022, and the new powertrains include 48-volt mild hybrid technology. The new X7 brings an array of key developments in the areas of powertrain, design, automated driving and parking, operation and connectivity.

The engine range is headed by a new 4.4-litre petrol V8 for the range-topping BMW X7 M60i xDrive, a unit derived from the engines powering high-performance machinery from the BMW M division.

M TwinPower Turbo technology and a cross-bank exhaust manifold ingrains the powerplant with output and torque figures of 390kW and 750Nm.

Detailed upgrades to the six-cylinder in-line diesel engine in the new BMW X7 xDrive40d have also yielded improvements to its fuel economy and emissions. The maximum output of its overall drive system is 259kW, while nominal torque of the diesel engine is 700Nm. This however can be increased to as much as 720Nm with input of the mild hybrid system.

The new-generation 48-volt mild hybrid technology is the most prominent shared feature of the new engine line-up. In its latest incarnation, this form of electrification comprises a crankshaft-mounted starter generator integrated into the transmission and contributes an additional 9kW of output and an extra 200Nm of torque.

All engines partner with an eight-speed Steptronic Sport transmission including shift paddles on the steering wheel. Engine power is channelled to the road – or unsurfaced terrain, if required – via the intelligent all-wheel-drive system BMW xDrive. 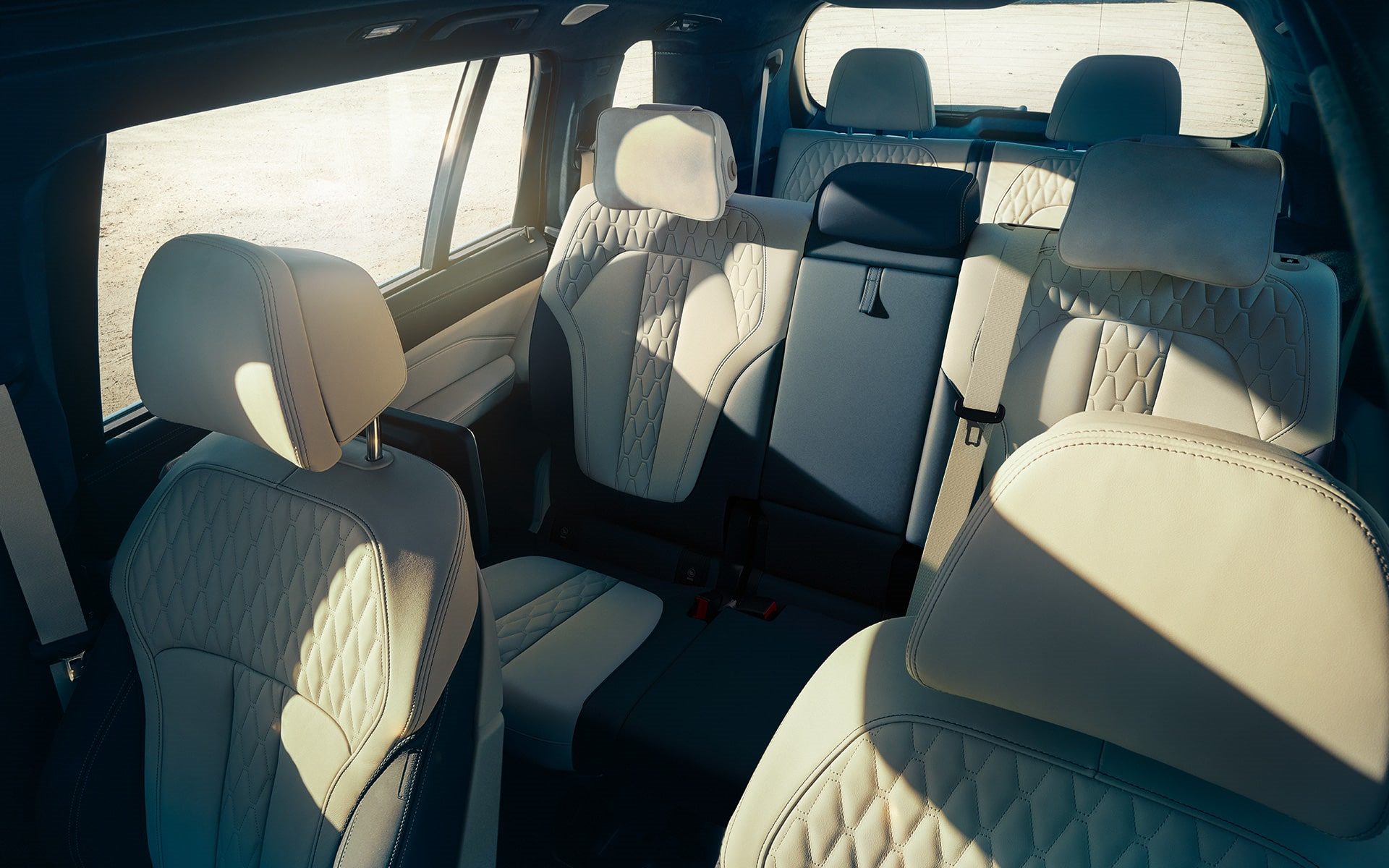 Up front, the driver and passenger get active seat ventilation and a massage function. If the new Comfort Package is specified, the seats in the second and third rows can also be heated, as can the sport leather steering wheel and the armrests for the driver and front passenger.

There is a newly designed instrument panel, with slim air vents and an ambient light bar. One special feature of the light bar is it includes LED backlit graphics which display “X7” lettering (or the M logo in the new BMW X7 M60i xDrive).

The standard BMW Live Cockpit Plus includes the latest edition of the BMW iDrive control/operation system. This is based on the BMW Operating System 8 and integrates the BMW Curved Display, which is formed by a 12.3-inch information display and a control display.

It also includes the optional BMW Digital Key Plus which enables customers to lock and unlock their new BMW X7 with their Apple iPhone. The system also includes the benefits of optimised smartphone integration and a personalised BMW ID.

New features include the extended range of functions offered by the front-collision warning system, which now also reduces the danger of a collision with cyclists, pedestrians or oncoming vehicles when turning off. Also new is the exit warning function, which alerts occupants to a risk of collision when opening the door.

Parking Assistant Professional, which will be standard, includes the advanced Reversing Assistant function that can now steer the vehicle for a distance of up to 200 metres.

A couple of clever manoeuvring features include the new Trailer Assistant, which makes it easier to execute reversing manoeuvres when towing a trailer, and the new Manoeuvre Assistant which can store manoeuvres covering a distance of up to 200 metres each.

The benefit of this feature is when the vehicle next arrives at a memorised starting point, the driver can focus on monitoring the vehicle’s surroundings while the Manoeuvre Assistant can carry out all the tasks required to complete the manoeuvre, controlling the accelerator, brakes and steering as well as changing gear to move forward or reverse. 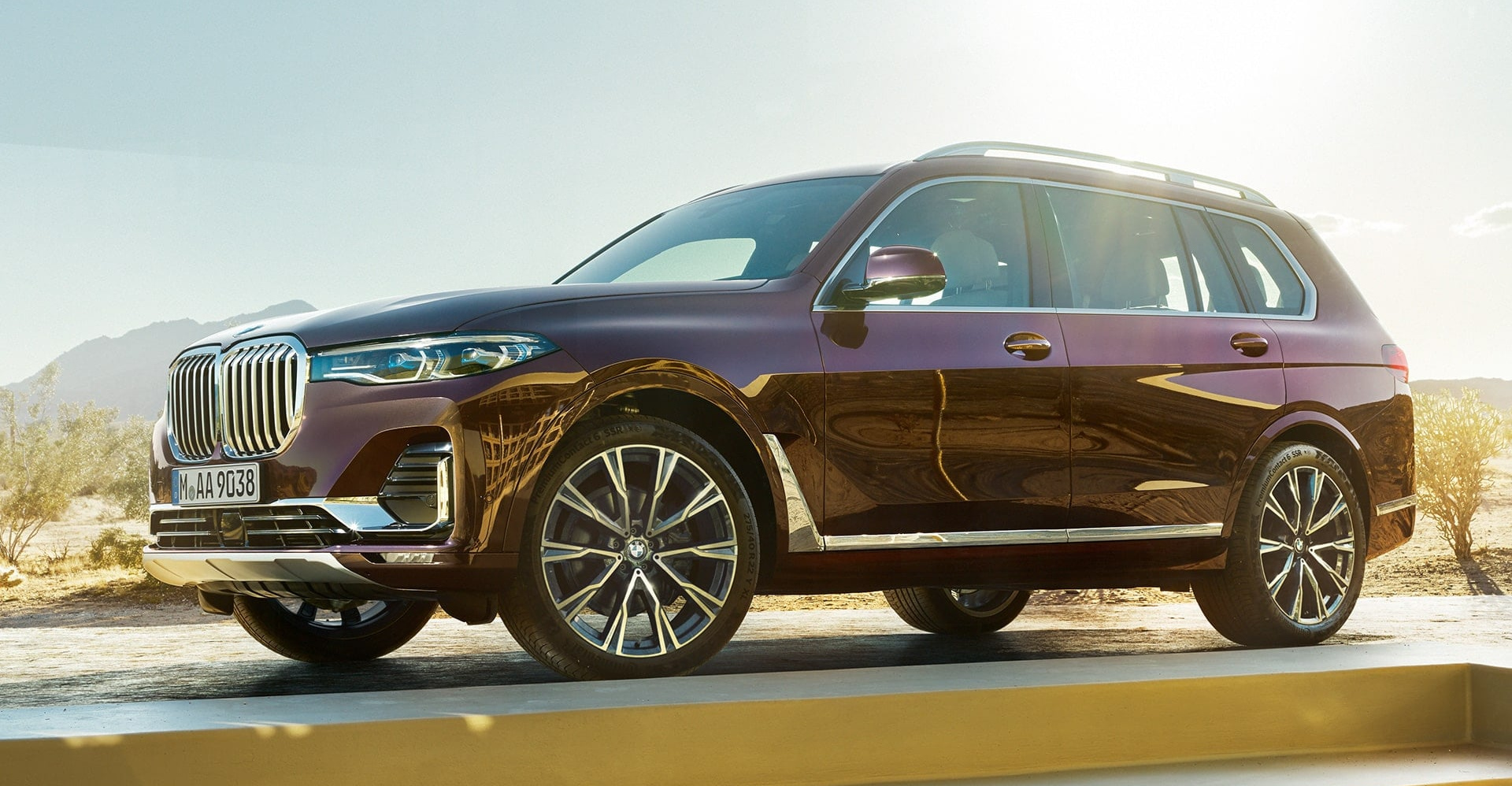 The Motoring Services team here at the AA can’t wait to get a chance to sample either of these two new X7 models, and eagerly await the release of pricing and specification details, which are expected to be announced in the lead up to market introduction.

For those buyers serious about owning a luxury electrified sedan, that of course must sport a Bimmer...