Volkswagen launches the all new Touareg 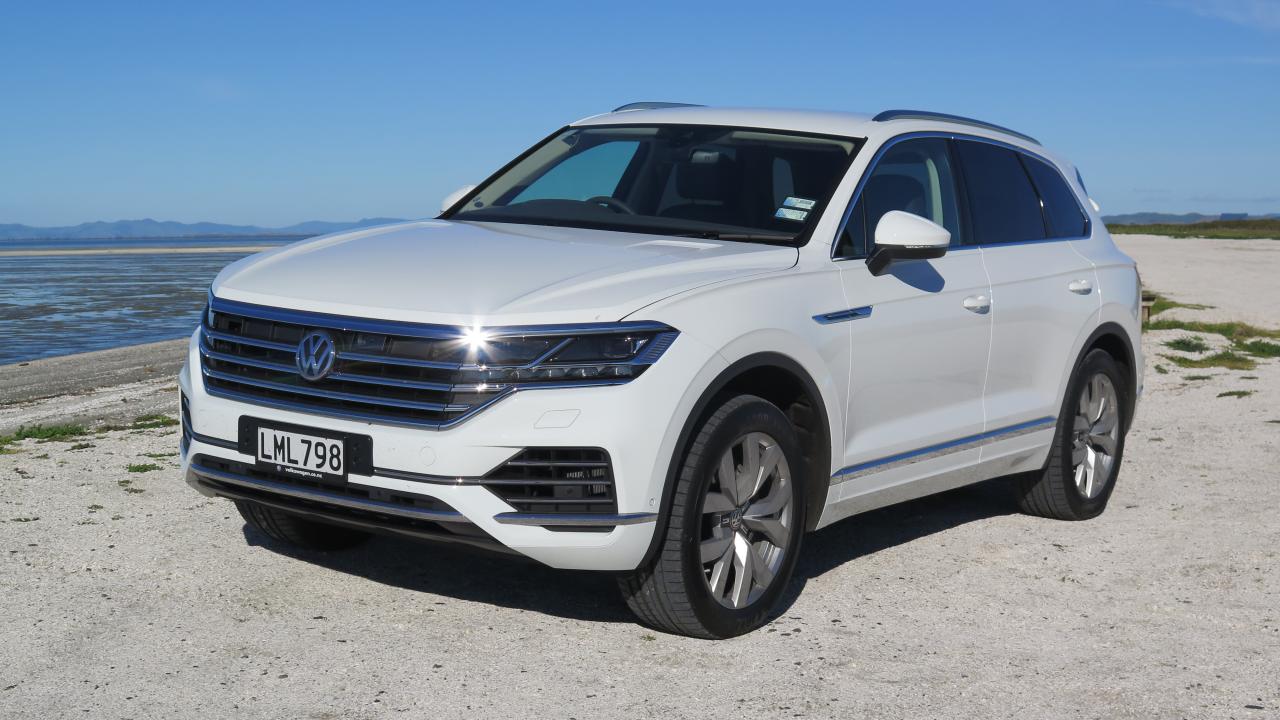 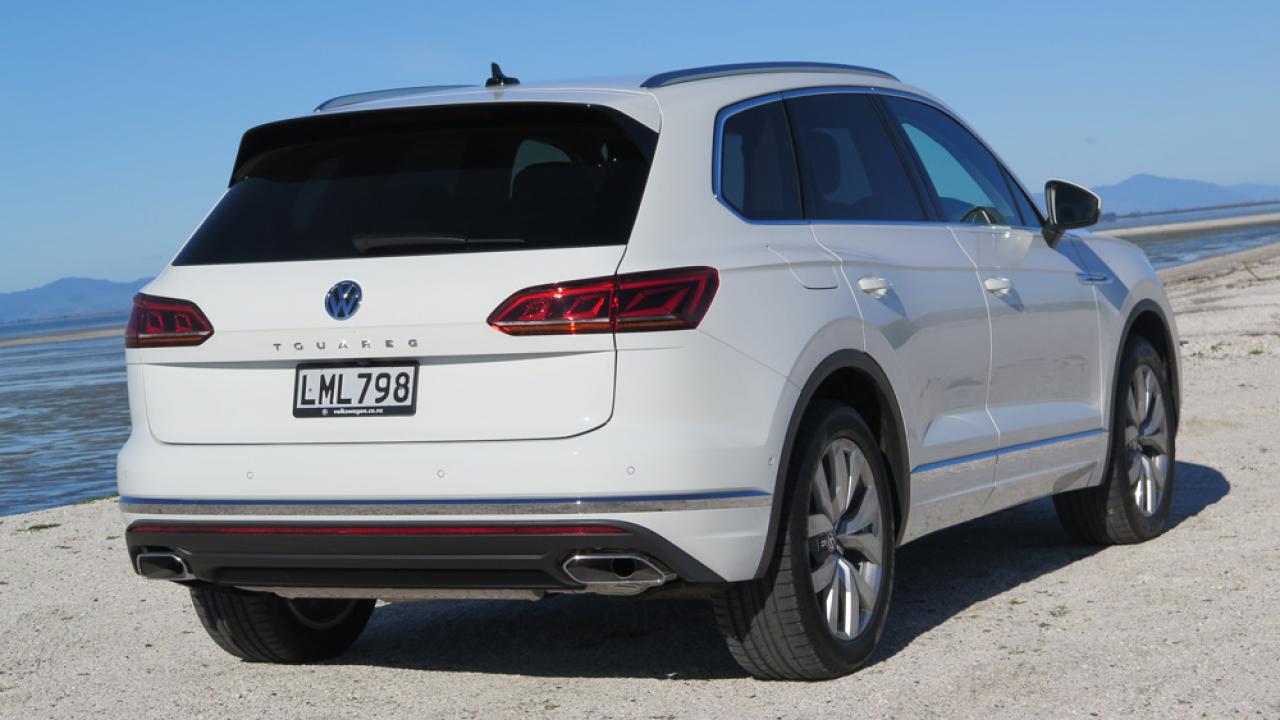 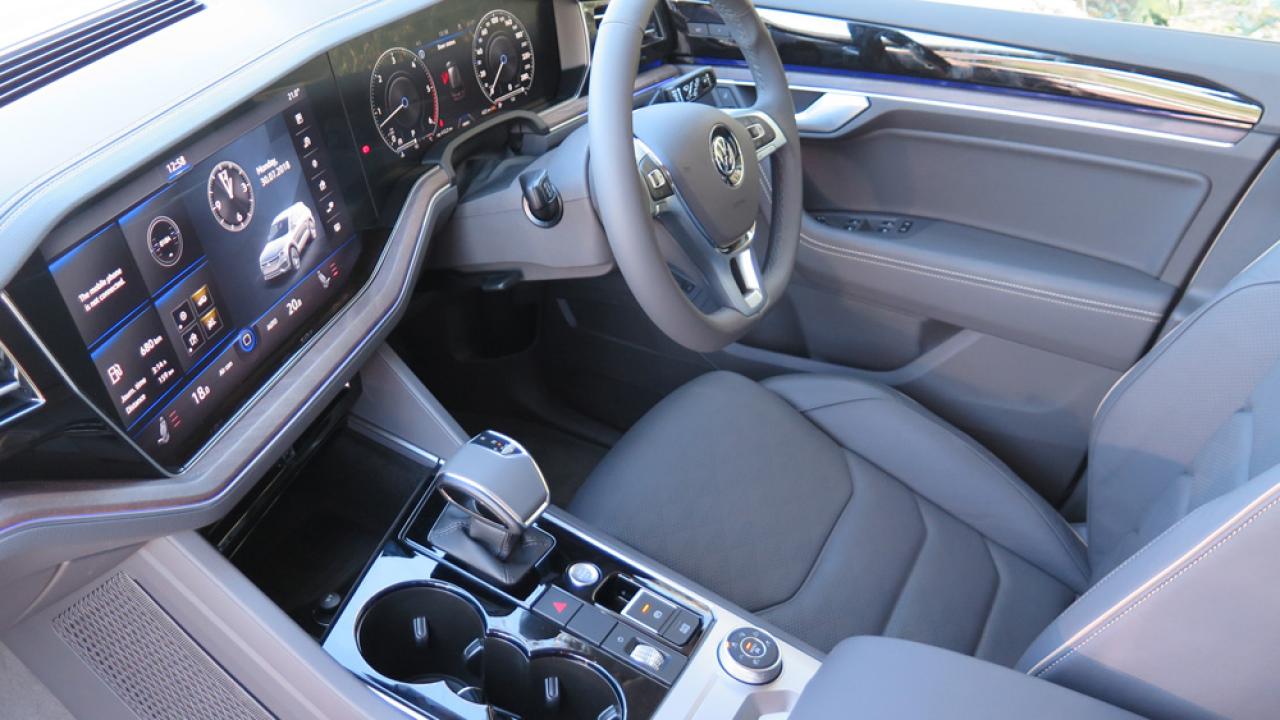 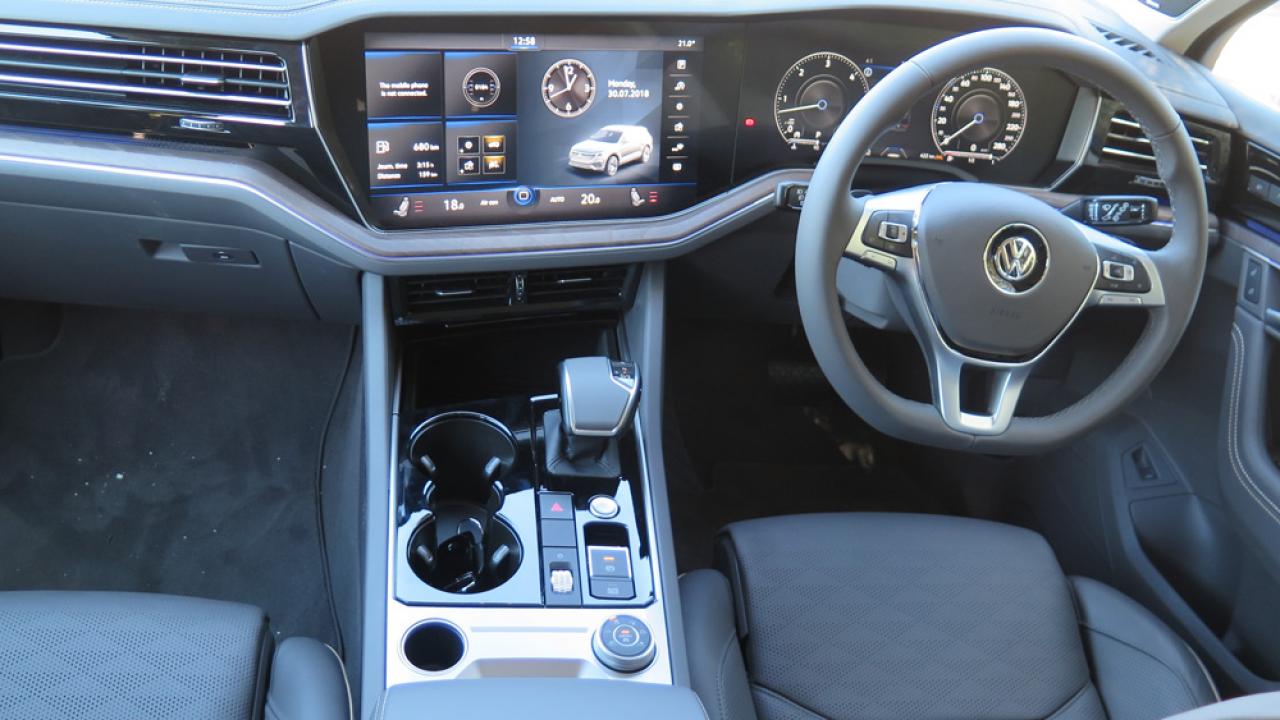 VW passenger car sales rose one per cent in the year to June, utes by 22 per cent and vans by 48 per cent, but its SUV sales fell 30 per cent – thanks to a shortage of five-seat Tiguan as seven-seat sales start gaining traction, and to run-out of the last-gen Touareg.

Ruddenklau is clearly rapt to be sending his troops into dealer training and customer courtship for his brand’s headliner, and already fizzing about the new small VW SUV that will hit showrooms in September, T-Roc launching with its top-spec R-Line at $51,990.

The first generation Touareg arrived on the world stage back in 2002. It introduced a new tranche of customers and VW made the most of it – even building a W12 version for the Chinese market. And it oozed off-road DNA – indeed the Spanish launch took our tester up so slopes so steep, participants half wondered if special effects were involved.
But tastes have changed, the second generation was a little ‘softer’, and this third-generation is billed as an ‘all-round’ SUV.

Based on the same VW Group platform that underpins Audi’s Q7, Porsche’s Cayenne and the Bentley Bentayga, it’s 77mm longer and 44mm wider, with a lower roof. The increase in size brings more luggage space – now 810 litres with all the seats in use – yet weight has dropped an appreciable 106kg.

The first two versions arrive with 3.0-litre V6 TDI engines, the range-opener delivering 170kW and 500Nm, and the S, using the same turbo but with “some cylinder head differences,” boasting a 210kW/600Nm output.

VW staff made much of the arrival of adaptive suspension, of electronic damping control, eAWS to reduce cornering roll, all-wheel-steer at low speeds to cut the turning circle by a useful one metre, and the fact the air suspension can lift the car by 70mm, or lower it.

But these first arrivals don’t have any of that, or the night vision which makes it so much easier to spot wandering stock or pedestrians on the roadway.

But eventual buyers will get a lot of other clever tech too, with radar systems to help spot cross traffic when emerging from driveways or cross roads, LED matrix headlights with dynamic light assist so your Touareg won’t blind oncoming traffic as it’ll keep the front of approaching cars in shadow, while the road around remains lit.

But what was already fitted to these two cars was VW’s new Innovision Cockpit, and it really does feel like one, largely because a vast screen covers what feels like two thirds of the dash. In fact a seam – hidden by the steering wheel – joins two screens, one a 12-inch and the other a 15-incher.

VW bills the set-up as ‘fully customizable digital’ with scratch-free, fingerprint-free glass. Local staff didn’t know how this was achieved – we hope to tell you when the full test comes along – but it seems to work, certainly we left no fingerprints during our post-lunch play with the set-up.

To access the information you wish to see, or the features you want to personalize, you swipe or pinch your way from left to right, up and down to choose stuff like which colour your ambient lighting should be – from 30 different colour options – or what information you want to see as a default.

Owners are likely to set the car up, choose what they want to see, and largely leave it at that, with minimal swiping to other ‘instrument’ displays. Us? We had a good play with it.

As for performance, the V6 S engine we sampled was a goody, creamy smooth, quiet, yet with lots of shove when you want it. Indeed the whole drive experience on our short, but bendy, hilly country loop was impressive, and we look forward to seeing if that impression is confirmed when we test one on familiar roads, after NZ-spec cars arrive in coming weeks.

It may be lucky that the drive experience is so good, for a number of VW’s much vaunted new tech features are not available on the entry model, or will be a cost option on either V6 – but presumably standard on the V8 due next year.

The four-corner air suspension and all-wheel steering are only available on the S, at an option cost of $6000. Also add active roll stabilization plus driver profile selection and a 48V electrical system, and it’ll set you back $10,000.

Dynamic light assist is a cost option for the entry car, standard on the S. Night vision will be available as a cost option bundled with the LED matrix headlights, only on the S.

The ambient lighting colour choice will be a cost option, on the S. And the entry car won’t get the Innovision cockpit – we have yet to see what its dash will look like.

Mr Ruddenklau expects the S to be most popular initially, with the entry V6 as the best seller once early adopters are sated.

He sees Land Rover’s Discovery, the Range Rover Sport, Volvo’s XC90, BMW’s X5 and the Mercedes GLE to be Touareg’s competitors, and predicts few buyers will quibble about the lack of a seven-seater.

How the automotive industry is helping with the COVID-19 pandemic

Countries across the globe are facing unprecedented shortages of healthcare supplies needed to combat the COVID-19 pandemic,...

Car manufacturers that are no longer

It was a sad start to the week for the automotive industry in New Zealand when it...