No longer are roads simply a means for commuters, travellers and holidaymakers to get from A to B.

In today’s world, where technology is ever-present in our lives, it’s about how we can get to places quicker and safer. It’s about recording how many people use our roads and what the environment is doing to the infrastructure. It’s about making the journey as seamless and stress-free as possible.

New technologies are being used on New Zealand’s highways. Collectively, they’re a rather cool and futuristic take on how to manage growing cities and changing environments; a bid to future-proof our country.

An innovative light show is illuminating the highway in Whangaparaoa, north of Auckland, where LED lights are being used to curb congestion along a notoriously bottle-necked stretch.

“Generally it’s made commuting about 10 minutes quicker but we’ve heard motorists say what used to take them 20 minutes now only takes a couple of minutes. We’re really impressed,” he says.

Auckland Transport is continuing to refine the model and will investigate the ability to change lanes in a demand-responsive way as traffic builds, rather than at specific set times.

Similar peak traffic management systems, albeit not as high-tech, are also used along Auckland’s Panmure Bridge and the Auckland Harbour Bridge.

Mr Menezes says Auckland Transport wants motorists to get the most out of their roads and is exploring real-time camera detection abilities at crossings.

“We are looking to control how long red arrows remain illuminated for turning traffic when there’s a pedestrian using a controlled road crossing. Legally, the crossing signal must be set to a specific time but a camera would detect if a person has walked quicker or has decided not to cross the road,” Mr Menezes says.

“Motorists don’t mind waiting if they can see the cause of delay, but people can become impatient when there’s no need to wait. That’s where we need technology to help move us along.”

The AA too, is invested in the changes. The AA Transport Technology Group was established last year to keep up with new technologies and to voice opinions on behalf of Members.

Principal Advisor of Infrastructure, Barney Irvine, says technology opens up new opportunities for congestion relief and road safety and is “an essential way to get more out of the infrastructure we’ve got without the need to build more.”

It’s no secret Christchurch has undergone major rebuilds after the earthquakes rattled the environment and infrastructure. Building is underway on the Northern Corridor, a new $240 million, four-lane motorway. A special fibre optic geotextile is embedded beneath the highway to monitor the stability and settlement of the works in the ever-moving surroundings.

The clever textile has been used in other countries as an early warning system to measure movement in stop banks during major floods, but it’s a world first to try the technology on a large-scale motorway project like in Christchurch. Fibres are woven into a strong, erosion-resistant textile in the ground. Ground strain and temperatures are measured by lasers shining along the fibre and then converted into data.

The use of fibre optics is among the new initiatives used by construction company Fulton Hogan. The company is conscious of the need to improve processes around solving problems and to keep pace with new and emerging technology, especially in Europe and the United States.

“Bikescout is a new radar-based solution we’re providing that identifies how fast cyclists are approaching an intersection and gives a ‘just-in-time’ warning to approaching vehicles, improving safety for both parties,” he says.

The intelligent warning system monitors the speed and distance of oncoming cyclists and alerts approaching vehicles via LED lights embedded in the road surface. It's particularly useful in places of low visibility.

“Historically, city design has meant a lack of accessible cycle ways; retrofitting these to existing roads creates some problems around integration with traffic. It’s proving highly successful and we are now seeing interest from local authorities around the country. The future of our industry is exciting and our innovation strategy is perfectly positioned to help bring us into that future.”

In places prone to icy roads, like Otago and Canterbury, PATeye is working magic. The Christchurch-developed technology is like a real-time, modern adaption of a cat’s eye where a solar-powered ice detection stud warns against freezing hazards. The device illuminates when the ground temperature drops to frost and is used on roads, railway lines and airport runways.

As the road itself becomes more dynamic, it’s combining with technology to help motorists navigate the infrastructure. Addinsight is a cost-effective Australian data analytics system currently being used in Auckland.

The benefit, Mr Menezes says, is that it allows traffic operation centres to pick up on accidents, break downs or road works as they happen.

“It allows us to see what’s going on then and there and we can endeavour to solve the issue before it becomes a real problem with traffic build up.”

Mr Menezes says the road ahead is very exciting.

“We’re trying to optimise the road networks as best we can. The more technology we have on board to help with that, the better.”

Driverless vehicles, cars and roads that ‘talk’ to each other to keep the network flowing, shared taxis and shuttles summoned at the push of a smart-phone button… How radical are these ideas, what do they mean for motorists and when might we see such changes on our roads? And what next?

To respond to such questions, the AA has established a transport technology working group, spanning a number of different areas of the business.

“As a motoring club, we need to be aware of what is happening,” AA Principal Advisor of Infrastructure Barney Irvine says. “The sorts of changes that are starting to take place could have a big impact on the products and services the AA offers in the future. 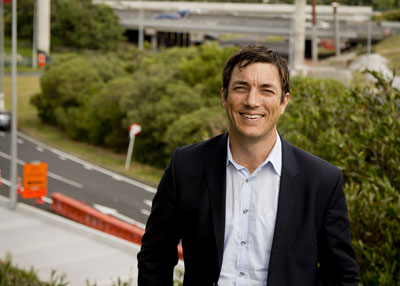 “But they’re also questions that our Members are seeking answers to, particularly as they’re confronted by increasing media coverage, and ever-bolder predictions about how far and fast things will change.”

Barney and colleagues will update Members with news of transport technology that’s in play now, or coming soon, all the while maintaining an objective perspective and avoiding the hype.

“We will also report on the things we want to see done by government, to enable the right sort of progress,” Barney says.

“But basically, we’ve formed this group because we feel it’s essential to shed light on what new technology will mean for our Members as motorists.”