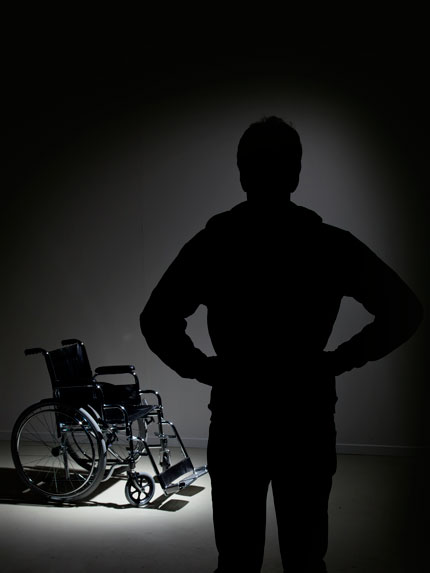 Cade Wilson explains the importance of buying as safe a car as possible.

They have similar, modest budgets so they’re shopping for older cars.

The young woman opts for a 2009 Holden Cruze. It’s ordinary. It’s silver and has a fairly bland interior, but for a first car it’s a good option. Why? Because it has a four-star safety rating.

The young man in this story buys a 2007 Mitsubishi Lancer with mag wheels, rear spoiler and a racy-looking instrument cluster. It’s red, it’s cool – but it’s a terrible choice because its safety rating is dismal. It has a one-star Used Car Safety Rating.

Both these drivers are in the group with the highest risk, statistically, of serious injury or death from road accidents. Each year around a quarter of the deaths on our roads involve young drivers and passengers (15-24 year olds). Given only around 6.5% of drivers on our roads are in this age group, this makes young people significantly over-represented in road deaths and injuries.

In a nutshell: choosing the safest car possible is crucial for all motorists and is especially important for at-risk young drivers. Drivers in a one-star safety-rated car are 90% more likely to die or sustain a serious injury in a crash than they would if they’d been driving a five-star safety-rated car.

How do these safety ratings work? Most New Zealand new vehicles are given a star rating between one and five (five being the highest), based on results from the Australasian New Car Assessment Program (ANCAP). These ratings are based on data from tests performed in a crash lab.

However, Used Car Safety Ratings (UCSR) are based on data from real world crashes. A recent test put the 2009 Holden Cruze and the 2007 Mitsubishi Lancer that our young motorists are attracted to on a head-on collision course at 60 km/h.

The Holden Cruze had just a little intrusion into the cockpit area by the wheel and engine; the driver’s door remained in place and opened without specialist tools. There was some pillar and roof deformation, but the interior cockpit structure remained intact with very slight intrusion and impact with the dummy’s lower legs. There is a high chance the driver would have walked away from this crash if it had happened in the real world.

The Mitsubishi Lancer, on the other hand, did not fare well. It suffered considerable cockpit intrusion, the driver door was badly damaged and was very difficult to open. The steering wheel impacted with the dummy and the pedals, foot well, wheel arch and sill jammed against its legs. So great was the damage that the dummy had to be removed in pieces. In a real world scenario it would have taken about three hours to free the driver.

These sobering realities need to be conveyed to young drivers looking to buy.

“When choosing a used car, vehicle safety should be at the top of your shopping list. Popularity, reliability, fuel economy and price seem to be the most important criteria, but the priority should be safety,” General Manager of AA Motoring Services, Stella Stocks, says.

Stella says those looking for a safe, lower-cost used car must do their research. The most important safety factor is the integrity of the cabin, which the official rating systems will help clarify. A car with fewer safety stars has a weaker cabin. Look for a car that is also fitted with at least the basics such as front airbags and ABS braking and if you can stretch your budget, add side curtain airbags and electronic stability control to your ‘must have’ list.

“Buying as safe as you can afford is a rule for life, Stella says. “Some research and wise decision-making could literally keep you alive.”

It's why the AA has called on the Government to require all motor vehicle traders and rental companies to display vehicles' star ratings, to make it easier for people to compare cars.

Another test carried out by the NSW Centre for Road Safety involved crashing two utes head-on: a 2001 Toyota Hilux and a 2012 Mazda BT-50. The five-star rated BT-50 had almost no damage to the dashboard and the cabin area around the driver was still intact. The airbag protected the occupants from serious head or brain injury and if they were wearing their seatbelts, they would probably have walked away with only bruising to their chest and neck.

If they were driving the two-star rated Hilux, it’s likely they would have been seriously injured or killed. It had no airbag, so the driver had a 64% chance of a severe head or brain injury when struck by the steering wheel. The dashboard had been severely damaged and intruded into the occupants’ space, which resulted in a relatively high chance of serious chest and neck injuries.

Sure, the price tag on the Mazda would be significantly higher than the Hilux, but the extra money to ensure a better safety rating is a small price to pay when you consider the difference it could make in an accident.

Reported by Cade Wilson for our AA Directions Spring 2020 issue

See RightCar for the applicable safety rating for the vehicle you’re looking to buy. This information is also fed through to online trading sites.