Behind the garage door: crafted coffins 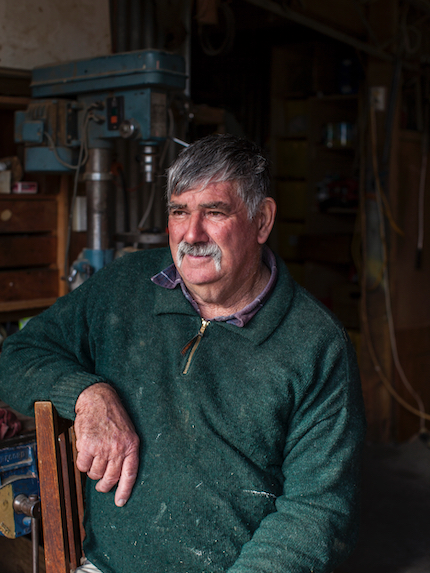 A carpenter by trade with an extensive home workshop in rural Central Hawke’s Bay, Kevin Jones has completed many woodworking and joinery projects over the years, from bespoke furniture to finishings and fit-outs. But building coffins was not something he ever planned to get into.

“In 2009 my neighbour asked me to make him a coffin because he was dying,” Kevin says. “That’s how I got started. We were in Australia at the time and had to come home quickly to get it made.”

It was a challenging project for his first attempt, made out of re-purposed timber rather than standard, flat ply.

“He wanted it made from wood from the old stock yards in town,” Kevin explains. “To finish it off, I went down early one morning to cut the number off his favourite pen in the yards and we glued it to the coffin.”

Since then Kevin reckons he’s made about 20 or so coffins. “I don’t keep a tally though.”

A coffin is personal. It’s a piece of furniture crafted intimately for an individual. Some people even commission their own in advance, and Kevin has several beautifully finished boxes stored in his garage until they’re required by their owners. But most of the time families come and see him to organise a coffin for their loved one.

“Normally they’ve heard about me through word of mouth.

“Families generally want a plain coffin that they can personalise,” he explains. “Occasionally there are other specifications; I’ve recently made one finished in floral wallpaper. I once did a bright red one, the colour of an International tractor – but mostly people take the standard ones and write messages on them, paint them or cover them with photos.”

What makes a good coffin? “First and foremost you want to make sure the bottom doesn’t fall out,” Kevin says wryly. “They’ve got to be strong but light. 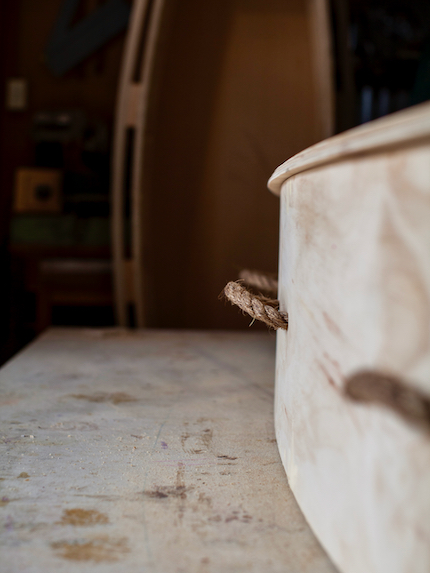 I’ve also learnt to tailor the handles so that as many people who want to help carry it, can. Now, rather than having small individual handles, I make them with long handles to fit more people in.”

Made out of untreated plywood, most coffins come as a standard size. “I do make the odd short one if it’s for a smaller person,” Kevin says. “In the past I’ve estimated the height from a photo of them standing next to their ute. You can’t really go and measure the person that it’s for.”

Kevin says that while most coffins are made to order, he does have a couple of spare ones ready to go in the shed “They take a wee while to make,” he explains. “You have to wait for them to set and dry, which can take about two days.”

Some people like to plan ahead. One recently completed coffin in the workshop with unusual rope handles has been made for a healthy 82 year-old woman who plans to paint it and use it as a coffee table until it’s needed for its final purpose. Others are very economical. Kevin says that he knows of one family who are intending to re-purpose the same coffin between them when their times come.

It takes a pragmatic and unflappable attitude to deal with families during a sensitive and highly emotional time.

“I’ve only had one case where someone was bawling their eyes out in my garage,” he says. “But that’s understandable. You learn to cope with it.

“I enjoy my woodwork; always have done,” Kevin says. “I’ll make just about anything. With coffins, there’s a bit more meaning to each project than just making a piece of furniture, but at the end of the day it’s still just carpentry.”