Bernard Hickey argues that New Zealand's climate and housing ambitions may be futile if Kiwis won’t change their culture.

Management guru Peter Drucker reputedly said: “Culture eats strategy for breakfast.” He meant that no amount of big-swinging, high-falutin’ strategy and top-down direction will overcome the entrenched culture of a company. That means the things people believe and aspire to, and the habits and practices used day in and day out. This saying is even more true for a society, an economy and a body politic.

New Zealand is currently in the strategising phase of dealing with its enormous housing affordability and climate change issues, and politicians from all sides are doing plenty of swinging and falutin.’ They are set to get eaten for lunch by an entrenched culture and love of suburban houses, double-cab utes, SUVs, low taxes and ‘small target’ political strategies.

You wouldn’t know that if you listened to the great and the good making promises and pledges and talking about achieving carbon neutrality by 2050 without too much pain. The Climate Commission set the scene with 400-page report with emissions Budgets for the next 15 years and advice on how to get there.

The Commission reckoned the economic cost of getting to carbon net zero could be as little as 1.2 percent of GDP or just $3b per year in the 10 years to 2035. However, that benign forecast rested on the assumption of nearly halving transport emissions within 10 years. 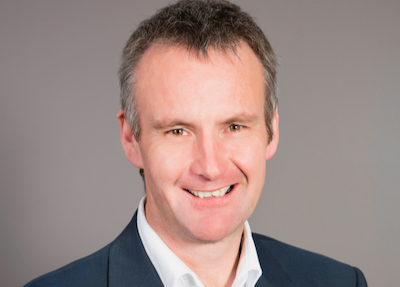 That depends on an almost immediate shift to electric vehicles and smaller petrol cars. The Government’s first nudge into this area showed the political pain was real. It suggested a ‘feebate’ scheme in mid 2019 where buyers of new double-cab utes would pay extra, and that money would be transferred to buyers of more efficient petrol, hybrid and pure electric cars.

National took one look at it and launched a social media campaign branding the idea ‘Labour’s car tax,’ which pictured the buyer of an old, used import petrol-powered Toyota Corolla paying $1,000 extra so the buyer of an electric Porsche Cayenne could pay $1,000 less. It was a political free kick and a preview of National aligning itself with ‘Te Atatū man,’ his family and his ute against the Labour-Green’s chardonnay socialists buying Nissan Leafs to park next to their SUVs in Ponsonby and Grey Lynn.

Labour re-announced the feebate scheme in June, and National promptly repeated the campaign, leading to the widespread ‘Groundswell' protests in mid-July.

This skirmish shows just how hard it will be to change culture. Cars aren’t just machines. Suburban homes aren’t just collections of wood, brick and tiles on dirt. They represent our identities and our aspirations. People spend all their adult lives striving for a house with a backyard for the kids and a ute that can pull a boat to the beach for a barbecue.

To halve carbon emissions from cars and utes requires a lot of short trips in SUVs and utes to happen on buses and trains, or through walking and cycling. That means a lot more people living in denser housing close to city centres without car parks, and bus and train networks with taxpayer and ratepayer subsidies closer to $50b than $5b. That means a lot more carless apartment and townhouse living.

Yet we’re doing the exact opposite right now, and have been moving further away from lighter, newer vehicles for decades. Only two of the 20 most-sold new vehicles in 2020 were light and efficient: the Toyota Corolla and the Suzuki Swift at numbers eight and nine.

The other 18 were double-cab utes and SUVs, with the Ford Ranger, the Toyota Hilux, the Toyota RAV4, the Mitsubishi Triton, the Kia Sportage, the Kia Seltos and the Mazda CX5 taking out the top seven spots.

The massive change needed is reflected in the Government’s proposal to reduce the average carbon emissions of new and used imported vehicles by around 40% to 105 grams per kilometre by 2025 by imposing car emissions standards on importers. That’s just four years away and the new rules aren’t expected to apply properly until 2023.

To bring the combined number down to 105g/km by 2025 would mean we have to start importing all-electric SUVs and utes in massive numbers immediately.

That would be impossible without huge subsidies for electric SUVs, or massive penalties for buyers of petrol utes and SUVs, but the Government is not keen on subsidies and the higher debt and taxes they imply in the long run.

The current trajectory is for politicians to try to muddle through in the hope they won’t be held accountable for their future failure to meet the emissions targets, or the more awful prospect of increasing transport costs by stealth and trying to regulate its way to new places to live.

Both would hit the poorest families in the suburbs the hardest because they rely so heavily on cars to keep their jobs and make sure their kids get to school.

It would be a repeat of the hugely damaging reforms of the late 1980s and early 1990s that saw the poor bear most of the pain.

The political realities of such difficult choices will be more than enough to stop much happening.

Reported by Bernard Hickey for our AA Directions Spring 2021 issue