Vanessa Trethewey meets an author who has driven the length of New Zealand to discover some of our most fascinating heritage buildings. 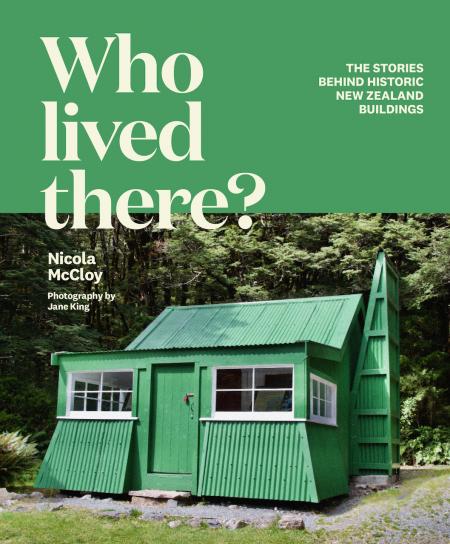 Who Lived There? by Nicola McCloy and Jane King.

Have you ever driven past an intriguing signpost and wished you’d followed it? Or wondered about the lives once lived in a run-down or abandoned building? Nicola McCloy has. For years the South Islander would make the winding drive between Alexandra and Roxburgh, now a mecca for stone fruit but once a gold-rush town and, before that, an ancient moa hunting ground for local Māori.

“I’d always pass a little sign that said ‘Historic Cottage’ and think ‘one day I must go and have a look,’” Nicola says. The author finally got her chance when she and friend Jane King decided to write Who Lived There? The pair set out on a journey of epic proportions – a 'Thelma and Louise'-style road trip that took them from the Empire Tavern in Dunedin to the Coles Joinery Factory in Ongaonga and everything in between, including – at last – that historic cottage.

“It was a funny day. The weather was rolling in over the hills and we were treated to that classic Central Otago view – the golden colours, the poplars, the schist. We arrived at the cottage and were blown away by how immaculate it was. It was originally built from schist and the stonework was beyond anything I’ve ever seen.”

Nestled on the edge of historic gold fields and now managed by DOC, the home was lovingly crafted well over a century ago by Shetland Islands stonemasons Andrew and John Mitchell. One brother a bachelor, the other a father of ten. It quickly became clear that living together in a corrugated iron shack was far from ideal.

“The more kids John’s wife had, the more the brothers realised they needed to build this cottage to house them all.” Mitchell’s Cottage is one of more than 60 fascinating historic buildings that feature in the book, which traverses the length and breadth of the country. But it didn’t quite turn out as planned.

“We had a list of big, significant buildings we wanted to visit and include, but hardly any of them ended up in the book. Jane and I kept getting sidetracked by the small stories that aren’t so well known and places that people mightn’t have thought to visit.”

Like Brain Watkins House in Tauranga, built 140 years ago and passed down through generations until the last daughter, Elva, died in 1979, leaving the house and everything in it to the Tauranga Historical Society.

“Elva’s mother had left it to Elva and her sister Bessie, but stipulated that if either of them got married they’d be disinherited. Elva finally married for the first time at the age of 72! It’s a small story but you learn so much about life in that place over a century ago. Now it’s a beautiful historic house, surrounded by car yards, where the Historical Society hosts garden parties and makes jam from the old fruit trees for their fundraisers. We found it by just poking around online and when we got there I was completely floored. I just loved it.”

Designed for readers to dip in and out of, and to make history more easily accessible, Who Lived There? has been the perfect way for Nicola to indulge in her lifelong fascination for the past. “My family is from Māniototo and growing up I spent a lot of time in places where gold-mining history is really present. It has always fascinated me andI think buildings are such a great way to connect with history.”

Jane shares that sentiment; it’s not the first time the pair have teamed up on a like-minded project. While both are writers and adventurers, Jane is also a talented photographer. “Jane and I have driven thousands of kilometres. You need to get on really well with someone to spend that much time in a car together! We’ve met so man amazing people along the way and heard incredible stories. The passion that people have for buildings and their willingness to share is awe-inspiring.

Who Lived There? is a celebration of these people. “I hope this book encourages people to go and explore – not only the buildings featured in the book, but anything intriguing they may come across. I hope it gives people a nudge to go and discover things.”

Reported by Vanessa Trethewey for our Autumn 2022 issue 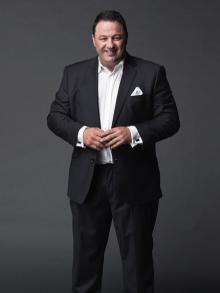 Ironclad cookware: made for life