Three members of an Auckland family – Biram Kumar and his children Sonya Baker and Jordan Kumar – chose to be their own bosses, as franchisee Driving Instructors with AA Driving School. They speak to Monica Tischler about the motivation behind their decisions.

For Biram Kumar, it was initially his love of driving. But it wasn’t long into his six years as an instructor that he realised it went beyond simply helping people get their licence.

The lives that Biram has influenced come at many ages and stages – from young to old and in between, even at-risk adolescents. He recalls helping a young, physically disabled driver who had failed his driving test “countless” times with instructors not associated with the AA.

But under Biram’s guidance and with the help of a steering wheel aid, the driver passed his test.

“I knew that this kid would achieve it if I was to persevere and put in a bit of extra work. When he passed, he burst into tears and was full of gratitude. I knew this wasn’t just a licence for him; it meant he could meet up with friends and live a fulfilling life,” Biram says. 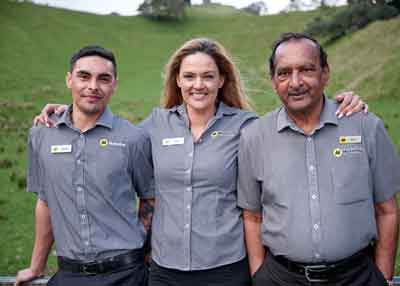 It was this immense job satisfaction her father speaks of that set Sonya Baker (formerly Kumar) on her next career move. The mother of five was already aware of the franchise business model, as she owns wheel and tyre business Mag and Turbo with her husband, Darren, and was looking for a change. She talked to her dad about the advantages of being part of the Driving School franchise and could see the value in the business’s flexibility and variety, and the fact it’s associated with such a strong brand. She was also inspired by her father’s genuine enjoyment of the job so, earlier this year, she took the plunge.

“Getting a driver licence is a huge accomplishment for a lot of people and can be a really nerve-wracking experience,” Sonya says. “It’s nice to be a calming influence for someone and to have a positive impact on their driving journey.”

After a close family friend died in a car accident two years ago, Jordan was spurred to educate drivers about the importance of safety behind the wheel. “We have the initial influence over these drivers which can really make a difference,” he says. “I often tell my students: ‘this isn’t about whether you can pass a test or not, I want you to be a safe, competent driver.’ It makes me really proud to do this job.”

Jordan has given lessons to at-risk youth via the Government department, Oranga Tamariki. He says it’s among the most rewarding aspects of his work and that he isn’t afraid to show vulnerability to those sitting in the driver’s seat next to him. “You need skills that extend far beyond teaching people to drive; you need to help that student to feel comfortable and that does involve opening up a bit,” he says.

So what does it take to not only be a driving instructor, but an educator and confidant? For Jordan, it’s about being adaptive to different personalities and Biram feels it pays to keep calm and collective. “Patience – definitely,” Sonya says.

But while some may shudder at the thought of working so closely with family, the Kumars wouldn’t have it any other way. “It’s nice to share grievances and excitements with people close to you and to have them know exactly what you’re talking about,” Sonya says.

And if three was ever a crowd, then four must be the magic number: at the forefront of it all, to answer calls and take bookings, is Joy: wife, mother and “backbone.”

Reported by Monica Tischler for our AA Directions Summer 2019 issue

AA Driving School is looking for instructors. Call 0800 723 239 if you're interested in learning more about the business opportunity or 0800 223 748 to book an AA driving lesson