Karl Puschmann seeks out adventure in Fiji and Los Angeles

It’s incredibly relaxing on the beachfront of Fiji’s Denarau Island.

White sand stretches out as far as the eye can see in both directions while dark blue water laps at the foreshore in gentle, sing-song rhythm.

Holidaymakers laze everywhere: some sprawled on the sand, some docilely swaying in hammocks. Some have their faces buried in the latest airport blockbuster, some are slurping up outlandishly fruity cocktails.

My jetski is loud. Really loud. Its volume grows in tandem with my confidence, out on the waves. On the shore it’s an obnoxiously loud drone that demands your hatred. I know this because earlier in the day a jetskier had ruined my breakfast by zipping back and forth like an amplified mosquito.

But now, out on the ocean, its noise is fantastic. Its throaty chorus daring me on to keep pushing that little bit harder.

Before hitting the waves, the course was pointed out to me. I was disappointed. My dreams of freewheeling off on an ocean adventure are dashed when I’m given the instructions to go clockwise around a marked out rectangle for 15 minutes, thanks.

The thing with the ocean, as opposed to a racetrack however, is that it’s constantly moving and changing. Each lap proved unrecognisable to the previous as the water shifted. As I shot around my bravery grew and, to the growly approval of the engine, I’d rev a little more, holding on as tight as possible while inching the throttle closer to its limit.

Fiji and its surrounding neighbours are all known for their adherence to ‘Island Time’. This is an approach to timekeeping that is best described as ‘relaxed’. If you want to get something done it can be frustrating. If you’re blasting wildly around a rectangle on a jetski on a fixed time limit then it’s pretty much the best thing ever.

I was told I’d be waved in when my time was up. I have no idea how long I was out there for but if I hadn’t voluntarily returned to dry land when I did, I’m pretty sure I’d still be out there now, whizzing around the course and hollering like a loon. 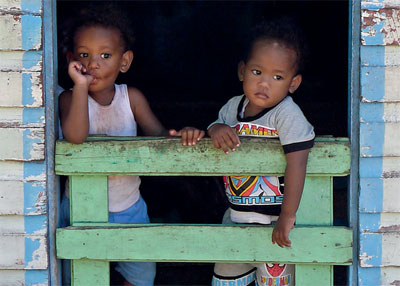 I returned to shore to pack my bags and scoot to the airport. I’d spent two days in Fiji, unwinding, and my next stop was Los Angeles. My plan was to maximise my precious holiday leave by hitting two countries in one week. I’d flown out of Christchurch airport around midday on Saturday and would return at roughly the same time a week later. In between I’d squeeze in as much adventure tourism as possible.

Even though it was a fleeting visit I still ticked off a lot in Fiji. I spent a full day out on an 80ft schooner sailing around the Mamanuca Islands on the Seaspray sailing adventure. The tour included a scrummy BBQ lunch on the boat and what seemed like an almost endless supply of drink. The crew even had their own enthusiastic drinking song, complete with raucously encouraging ukulele accompaniment, which rang out frequently.

After an hour or so we stopped to snorkel in the clear blue waters off the deserted Modriki Island. I’m told this is where Tom Hanks filmed his shipwreck classic Cast Away. From there we sailed over to a traditional Fijian village on the remote island of Yanuya.

This was an eye-opening experience. It was a little run-down, very dusty and sleepy, but the people there were full of smiles and waves. Especially the young ‘uns who ran all over themselves to cheerfully throw up rapper hand signals at us and our cameras.

This tourism is essential for the village, bringing in much needed revenue. It was a cultural experience, to be sure, but I still felt a little uneasy as a big group of us stomped around the small village, snapping photos and pointing as if walking around a zoo.

The beach is peaceful and quiet. I almost feel bad ruining it. Almost...

When we boarded the schooner after our visit, the strum of the ukuleles once again rang out as people headed straight for the well-stocked chilly bin.

The rest of my time on Fiji is spent lazing on the beach, stuffing my face with fresh sea food, going for dips in the pool and walking up and down that sensational beach, looking for its end in either direction but never reaching it.

By the time I jump off the jetski to rush to my airport transfer, I’m well and truly unwound and ready to get back amongst some hustle and bustle.

In L.A I once again find myself touring people’s lives, snapping pictures. I’m sitting in an open-top van, winding through the immaculate streets of Beverly Hills. The roads are lined with manicured gardens; properties of gauche excess peek out over towering fences.

I’m on a Startour, getting a glimpse of the lifestyles of the rich and famous. I’d expected to cringe my way through this but some of that old showbiz magic must have been in the air because as we trundle along I find myself getting genuinely excited: I can’t wait to find out whose house we’ll be stopping at next.

We park up outside the mansions of Julia Roberts, Tori Spelling, Ellen DeGeneres, Diane Keaton, the Playboy Mansion and, macabrely, the house where Michael Jackson moonwalked off to heaven.

It felt a bit like driving through the pages of The Woman’s Weekly and was, surprisingly, a lot of fun. 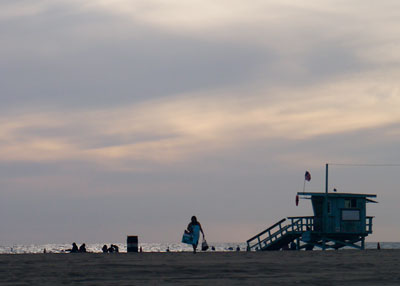 The next day a lady beside me blubs big fat tears. She looks at the thin wire line she is about to clip herself to and the deep gully she is about to fly over. Someone in the group offers her some gung-ho encouragement. Her reply is unprintable.

I’m out on Catalina Island doing a Zip Line Eco Tour. This mashes the adrenaline of ziplining with an oral retelling of the unique natural history of the island. All of which whizzes straight out of my head as soon as I step off the first platform to zoom through the air 91 metres above the canyon floor at a speed of almost 65km/h.

At Anaheim’s adventure theme park Knotsberry Farm it feels like my brains are about to whizz straight out of my head. In a moment of what I can only describe as sheer lunacy, I quite willingly and of my own free will step onto a ride called the Xcelerator and sit down. The restraints come down and lock me in place. I notice my arms have a slight tremble and the next thing I notice is that I am screaming in sheer terror.

From a complete standstill the rollercoaster shoots me to a speed of 132km/h in a mere 2.3 seconds before launching me 20 storeys vertically up in the air, twisting me round and then flinging me right back down again. There's barely enough time to register how absolutely terrifying it is.

As is the Boomerang, which makes me feel like I'm in a tumble dryer. This rollercoaster climbs almost 30 metres in the air, sends me spinning through its multiple corkscrews before abruptly stopping and sending me through them again. Backwards. Never has anything felt so, so wrong.

I’m fairly proud of myself for conquering all of the park’s ‘coasters, though the Supreme Scream stops me in my tracks. This is the world’s tallest turbo drop tower which climbs to a height of almost 80 metres before blasting you straight down at a speed of almost g-force 4. That’s a whole lot of ‘nope’ in my book.

Later that evening I board Fiji Airlines for the return journey to Christchurch. Once I’m comfortable I start crunching the numbers: I’d been away one week, visited two countries, collected countless stories and used up only five of my treasured holiday days.

I’m not much of a mathematician, but even I could see how well those numbers added up.

For travel insurance, call in to an AA Centre or see AA Traveller