Monica Tischler sees her home town Auckland through a new lens: as a tourist for the day.

The sun is low in the sky, radiating a soft, late-afternoon light as the plane turns into the wind to face the city skyline. I’m gaping down at familiar views but from a completely different vantage point, revelling in a totally fresh enthusiasm for the place I’ve called home for almost a decade.

On board an Auckland Seaplanes city scenic tour, I hover above Mission Bay to the east of the CBD where New Zealand’s first flying school opened in 1915. It was run by the Walsh brothers who designed the Southern Hemisphere’s first flying boats, not dissimilar to the craft I am sitting in today. More than 100 pilots trained there and went on to serve in WWI.

"The Hauraki Gulf is often referred to as the meeting place of the waters," our pilot says through an intercom to my headphones. He’s referring to the fact there are three channels connecting the gulf to the Pacific Ocean. With a sharp swoop, we circle out toward the scattering of islands nestled in the shimmering gulf like big emeralds set in silver. 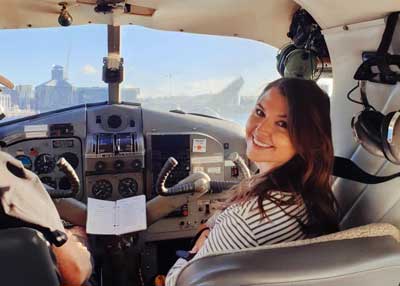 Dormant volcano Rangitoto Island surprises me with its dense crown of native bush and the discovery that this is the world’s largest pōhutukawa forest. Joined by a causeway built during WWII is Motutapu Island, the oldest land mass in the gulf. It’s remarkable and very special to see down into the deep craters of two of Auckland’s 53 volcanoes from a bird’s eye view.

Onwards we fly, past Pakatoa and Rotoroa Islands east of Waiheke. In the 1900s the Salvation Army opened rehabilitation homes on these islands for alcoholics. We descend over Devonport’s naval base then back over Auckland city; I point out the yellow AA sign atop the Albert Street building where I work, before we make a fluid landing with a big swish. I am a bit apprehensive about touching down on water but it is smooth and seamless.

Having got the lay of the land from above, I have a new zest for Auckland and want to extend my exploratory mission on solid ground. Sitting high on an open-air double decker bus, I join an Auckland Soaring Kiwi Hop-on Hop-off City Tour. The early winter air still holds some warmth and, with the sun on my shoulders, I point my camera at our first stop: Bastion Point, where local tribe Ngāti Whātua lived, pre-colonisation. Their land was confiscated by the Crown, famously reclaimed in the 1970s and returned to Ngāti Whātua in the 1980s. It’s a spectacular spot, with wide views over the Waitematā. 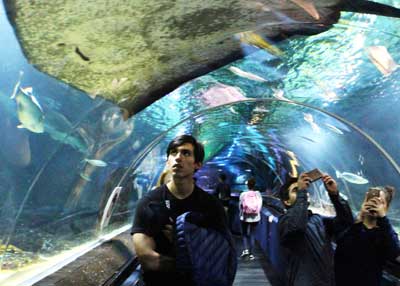 The next stop is Sea Life Kelly Tarlton’s where I hop off to explore the underground aquarium for an hour while the bus continues its loop. Gazing up at the glass shark tunnel, I’m mesmerized by the huge marine creatures and amused to see intimidating stingrays and sharks glide through schools of unbothered fish. It’s feeding hour in the penguin enclosure – the world’s largest display of Antarctic and Sub Antarctic Penguin colonies – and I decide I would happily trade jobs with the feeder to serve these delightful characters breakfast, lunch and dinner. For more than 20 years Kelly Tarlton’s has provided a refuge for sick turtles that have washed up on beaches around the country. It’s the only place in New Zealand that rehabilitates these graceful creatures, helping them get back to the wild, fit and healthy. I could spend hours watching them swim in the aquarium’s Turtle Bay. I leave happy that the joy I felt when visiting the aquarium as a child is reignited years on.

The Māori name for Auckland is Tāmaki Makaurau which translates as ‘a place desired by many.’ There’s some truth to its title; Auckland is regarded by many as New Zealand’s most liveable city. House prices contradict that notion, however – a reality I am reminded of as the bus winds along Tamaki Drive and I look up at prestigious Paritai Drive, where homes boast price tags well into seven figures. 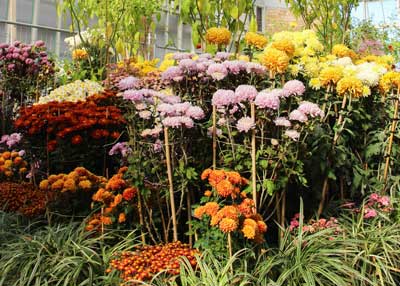 We pass the pretty Parnell Rose Gardens along The Strand – Auckland’s original waterfront before land was reclaimed. I’m surprised to learn that the wooden gothic cathedral of St Mary’s Church is the largest of its kind in the world. Despite driving these streets regularly, I’ve learnt more about the local sites in one day than over the many years I’ve lived here.

I disembark the bus once more, this time in front of the Auckland War Memorial Museum. Inside its revolving doors I’m captivated by the treasure trove in the Māori Court, the taonga, artefacts and the intricately decorated meeting house. I take in the old photos of my city in the exhibition Photographing Early Auckland 1850s – 1870s which captures changes to the shoreline and surrounds. Many of the images, including the earliest photo of Auckland on record taken in 1857, are of sites unrecognisable to me. Then I join families at the nearby Auckland Domain Winter Gardens, where I am instantly wrapped in warmth. The beautiful Victorian-style glasshouses incubate lush tropical plants; being there is like being somewhere distant and exotic.

Experiencing Auckland as a tourist wouldn’t be complete without a trip up the Sky Tower, the iconic landmark which changed the silhouette of the skyline in 1997. I make my way more than 200m up to the viewing platform. Gazing over the meeting place of the waters is special from this vantage point, too.

Auckland is a vibrant city where not just waters meet, but where friends and families gather to embrace all that’s on offer – from fascinating history and culture to spectacular scenery. I’m proud to call it home.

Pick up an Official Auckland Visitors Guide or see AA Traveller for more ideas on spending time in Auckland.