Hamilton: The future is now

Monica Tischler spends a weekend in the Waikato.

It's known as ‘The City of the Future’ and I reckon that vision for the town – the predicted light radiating at the end of the tunnel – is not far away.

As night falls, Hamilton’s main strip begins to stir. Sitting inside Dough Bros restaurant, I devour delicious, locally-sourced produce. Fresh cheeses and honey comes from nearby Putāruru and most other menu items are crafted or grown even closer. It’s inspiring to see Waikato businesses celebrating successes and supporting one another.

I gaze out the window at the glow of nightlife, watching clusters of happy friends and families saunter past. 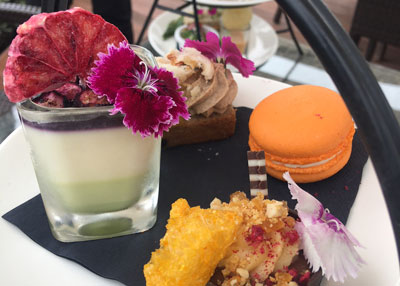 The vibe inside the nearby Wonder Horse bar adds to the impression of a modern city. Tucked down an alleyway, bespoke cocktails are crafted and served to groups slung over leather couches or relaxing on the mezzanine. The intimate, dimly-lit atmosphere is reminiscent of sophisticated big-city scenes.

Joining a guided tour inside the fenced reserve, I’m greeted with scenes that wouldn’t have been so special, historically, but today they make me smile. I count seven in total: the first tuatara I spot is sunning itself on a rock; his mate nearby keeps a beady eye from the shady safety of ferns, while another peeks out from its burrow. These endangered creatures, as well as birds, bats, frogs and giant wētā, are thriving in the pest-free enclosure thanks to the vision of a nearby resident. What began as a dream saw locals and iwi pull together to create the largest pest-proof fenced project in the world.

Following New Zealand’s longest river further south takes me to another precious gem: Te Waihou Walkway which showcases the Blue Spring. Not only does it make for a beautifully picturesque walk alongside crystal waters with glimpses of trout, stunning native bush and cascading waterfalls, it serves a pretty useful purpose too. Water takes about 100 years to filter through from the Mamaku Plateau and emerges at the spring so pure it supplies 60% of the country’s bottled water.

Hamilton Gardens is a treasure trove bursting with beauty. Nestled off a busy thoroughfare near the city centre and set by the river, it’s truly incredible to experience these tranquil grounds complete with different themed gardens. Armed with a picnic blanket and goodies purchased from the Hamilton Gardens Café, I join families enjoying the sunshine for a late lakeside lunch before exploring. 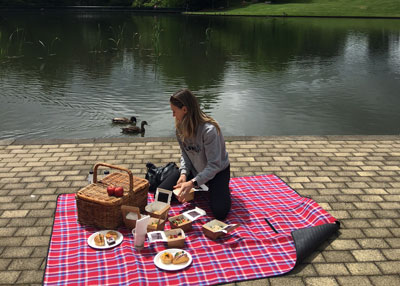 In the company of a guide, I learn about each garden in depth, although I can imagine a solo stroll would be equally rewarding. A haiku poem inscribed on the wall of a pagoda in the Japanese Garden of Contemplation encourages me to “hold dreams in the eaves.” With its soothing lake providing peaceful reflection, I decide this garden is my favourite. But then I see the Indian Char Bagh Garden with its ornate alcoves and marigolds and I’m not sure. Inside the Italian Renaissance Garden, I could be snapping an Instagram-perfect photo in Tuscany. Perhaps that’s where the deeper meaning lies: beauty shouldn’t be picked apart or compared, but rather appreciated for the individual qualities it evokes within.

Reported by Monica Tischler for our AA Directions Autumn 2019 issue

Animal spotting at Hamilton Zoo makes for a fun family outing. Plus, there’s opportunity to get up close with reptiles, rhinos and giraffes in face-to-face encounters. A portion of the encounter fee will help endangered animals in the wild through the Hamilton Zoo Conservation Fund.

Burn off some energy and unleash a need for speed at Hampton Downs Motorsport Park. Experiences include hot laps in go karts and V8 supercars.

Known as a Waikato icon, Zealong Tea Estate is set among 48 hectares, home to more than a million organic tea plants. The venue offers beautiful experiences including high tea dining and tea tours.
A traditional tea ceremony is the perfect opportunity to taste the variety of tea grown on site.

The writer was hosted by Hamilton & Waikato Tourism
See AA Traveller for more inspiration for what to do in the Waikato region.