From the tip of the North Island to the bottom of the South, New Zealand is dotted with small museums – more than 470 in fact. Showcasing everything from local history and industry, to lovingly curated hobby collections exhibiting beer cans or Elvis memorabilia, these hidden gems of Kiwi culture are worth a detour on your next road trip.

In the Bay of Islands, home to the Waitangi Treaty Grounds, local history forms an important part of the region’s attraction. But aside from the popular Waitangi historic precinct, a gem of a museum can be found across the bay in Russell. Pompallier House, built in 1842, is the country’s oldest industrial building. It once housed a printing works where missionaries translated church texts from Latin to te reo Māori before printing and binding them into books. Today, visitors can wend their way through meticulously tended gardens to the rammed earth building that houses a tannery and the original French missionary’s printing press, restored to working condition. 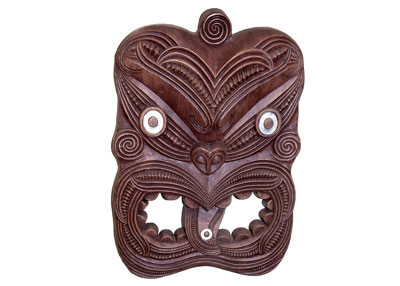 Further south, Dargaville Museum, overlooking the Wairoa River, is a celebration of the early pioneer life in the northern part of the country and the ‘Northland Gold’, aka kauri gum, that sustained the early settlers of the area. Complete with carpet designed to look like the deck of a ship – nails and all – the museum is part maritime history, part local history and part retelling of the kauri industry.

In the central North Island, the history of logging in New Zealand is further explored at the Putaruru Timber Museum. Rather than kauri, the museum explores the beginnings of the country’s contemporary timber production. Set on the site of New Zealand’s first radiata pine nursery in 1926, which later became a timber mill in 1944, the museum showcases the early and often gruelling days of New Zealand’s timber trade. Local industry is the focus of many small museums. In Huntly the museum is centred around coal mining, Coromandel has gold and in Hamilton it’s agriculture. Coastal cities naturally highlight their maritime histories – from Hokianga to Port Chalmers – and venturing further south the focus shifts to New Zealand’s brutal and at times stark whaling history.

Rotorua is a hot spot for exploring the history of early Māori, no place more than the country’s most visited archaeological site: Te Wairoa, the Buried Village. The 1886 eruption of Mount Tarawera most famously destroyed the eighth wonder of the world, the pink and white terraces, but it also buried Te Wairoa village in ash and volcanic material, effectively preserving it in time. Over the years, excavation has revealed the village layout as an amalgamation of traditional Māori and English settlement patterns, providing a fascinating insight into the cultural melting pot of the area. In Hawke’s Bay the recently refreshed MTG in Napier – which, with its new architecturally designed building certainly doesn’t qualify for the ‘small’ museum category – investigates the aftermath of another of New Zealand’s catastrophic natural disasters. The MTG houses a comprehensive and sobering journey through the stories surrounding the devastating 1931 earthquake that reshaped Napier into the Art Deco capital it is today.

South from Napier, in Waipawa, the Central Hawke’s Bay Settlers Museum travels even further back in time to the early pioneers of the region. Waipawa was settled 150 years ago this year, making it one of the oldest inland towns in New Zealand. The Settlers Museum takes visitors through displays that represent original homes and businesses in the area and also includes a large collection of photographs of early Central Hawke’s Bay families.

While the Settlers Museum is housed in an historic bank building, many of the country’s small museums are set up in an outdoor format where visitors can immerse themselves in an approximation of daily life from yesteryear. Alongside traditional museum exhibits showcasing the history of the region, the Shantytown Heritage Park in Greymouth offers the chance to pan for gold or ride a stream train on an original bush tramway.

In Auckland, the Howick Historic Village is similarly set up as a ‘living museum’ that takes visitors, who are encouraged to don period clothing for photo ops, on an immersive experience through restored 19th-century cottages, a school house, church and general store.

History is preserved not only through buildings and replications of a particular time period, but also through artefacts. In Dannevirke, the comprehensive collection of model cars and vehicles at Dave’s Den showcases automotive history in miniature. With more than 8,500 vehicles on display, catalogued by chronology and toy brand, Dave Pawson’s private collection in his converted garage is a testament to years of passionate collecting.

In Masterton, the collection at the Museum of Childhood focuses on toys and everyday items that have been found in New Zealand homes throughout history, showing how items that were once mundane become fascinating with the passing of time. Toys are a great barometer for the values and social attitudes of a particular era, and the Museum of Childhood uses them to take visitors on a journey through changes in New Zealand culture and ideologies. 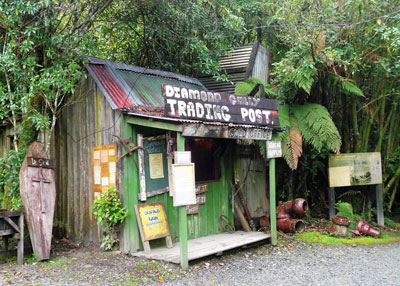 Childhood memorabilia can also be found at the National Transport and Toy Museum in Wanaka, home to one of the largest private toy collections in the world. Founded by Gerald Rhodes more than 50 years ago and now run by his children Jason and Debbie, the collection includes military vehicles, rare and unusual aircraft, cars, trucks and fire appliances, alongside a huge collection of toys of all sizes and eras: from rocking horses, to pedal cars, porcelain dolls to Barbies.

While collecting toys could be seen as quirky, they're not a patch on some of the niche collections that can be found tucked away around the country. In Galatea, a small settlement in the Bay of Plenty, is the New Zealand Beer Can Museum. Boasting the first ever beer can produced amongst its exhibits, the museum, curated by Barry Steiner in his purpose-built farm shed, has more than 12,000 beer cans from around the world, plus beer memorabilia, vintage tractors and classic Ford cars.

In Hawera, a private museum collection is dedicated to ‘The King.’ The Elvis Presley Memorial Record Room contains thousands of Elvis recordings, souvenirs and memorabilia – some of it signed by the legend himself. Run by Kevin ‘KD’ Wasley, a long time Hawera local and full-time Elvis fan, the museum’s collection is a fanatical tribute to the legendary singer, right down to the Elvis-themed mugs, ties and cufflinks.

So many of the country’s small museums are run by a passionate, but ageing, team of collectors and volunteers who labour for the love of history. In our increasingly digitised world, where culture is consumed by clicks, supporting these local endeavours has never been more important.

For Phillipa Tocker, Executive Director of Museums Aotearoa, the appeal and importance of small local museums shouldn’t be overstated. “It’s through our community museums that locals deepen their knowledge of their home town, share their interests and strengthen community bonds,” she says. “Domestic visitors from further afield can find out about other parts of the country and learn about local specialities, while international visitors can gain insight into the characters, history and diversity that makes us who we are.” Phillipa says that one of the big challenges faced by small museums is that travellers today are so inclined to take the fastest route, rather than leave time for unplanned excursions. “If we allow a few extra hours on the road we can follow that unexpected signpost. A bit more serendipity would make travelling in New Zealand a much more rewarding and interesting experience.”

Reported by Jo Percival for our AA Directions Summer 2017 issue