We did it last year," I overheard a fellow passenger say as our boat sped across the choppy water.

"But it was so incredible, we had to come back again. And this time, we brought Mum."

He was with a group of four that included, of course, his mother. We were on a Montague Island Discovery Tours boat trip, dressed in wetsuits and ready to start our three-hour adventure. Leaving from Narooma, a seaside town five hours south of Sydney, we would be spending today snorkeling with fur seals.

I’d lived in Sydney for nearly a decade, but had never even heard of Narooma, let alone its fur seal colony. But then again, most of what I’d seen on my road trip around the New South Wales’ South Coast thus far, I hadn’t heard of either.

What I had heard though was the hype around the Hyams Beach in Jervis Bay, described as having ‘the whitest sand in the world.’ So had many, many others, since it was reported in January 2019. Severe overcrowding one weekend meant that thousands of tourists had to be turned away. With so many visitors focused on the same spot, it was no wonder everything else along the South Coast was dwarfed in its shadow.

The South Coast stretches from south of Sydney to Victoria’s border and boasts more than 100 beaches with equally-white sand. Some had friendly kangaroos at their entrance, others were dotted with beachgoers. Most though were just sun, sky and sand.

It also has the smallest of country towns such as Central Tilba (population: 280) and Milton (population: 1,660) where the cafés serve local produce, and tiny boutique shops and historic pubs line the quiet streets. The region also has unusual natural sights like Kiama’s Blowhole in coastal town Kiama, and Wedding Cake Rock in the Royal National Park, just an hour from Sydney. And, for those keen on luxury, the town of Huskisson is home to glamping accommodation pioneer Paperbark Camp and its award-winning fine dining restaurant The Gunyah.

I’d spent the previous night in Central Tilba, tucked away in a bright green valley on a sprawling farm. The property was called Tilba Lake Camp, and had both glamping tents and two tiny, fully self-contained houses: Bonnie and Clyde. I’d stayed in Bonnie, the smaller of the two. And now here I was discovering yet another secret gem of the South Coast.

"There’s a humpback whale over there!" cried Sophie, who was guiding our tour along with Wazza. We all gathered on the starboard of the boat as Wazza stopped the engine. "It’s nearly a month after their migration season – I can’t believe there’s a whale still around," she continued excitedly. We stood in silence and watched.

In the distance, on the water’s surface, the animal’s flapped-over fin glided gracefully out of the water. Next to it was another fin. Her calf.

After a few more minutes of watching, we moved on and reached our first snorkel spot off the uninhabited Montague Island, a nature reserve home to hundreds of seals and more than 90 bird species. One-by-one we hopped in the water and swam the few hundred metres towards the island.

Before I’d even reached it, a seal swooped past. It was so close I could nearly feel it brush against me. Much bigger than I expected, with smooth skin and huge eyes, it was the closest I’d ever been to a marine mammal in the wild. 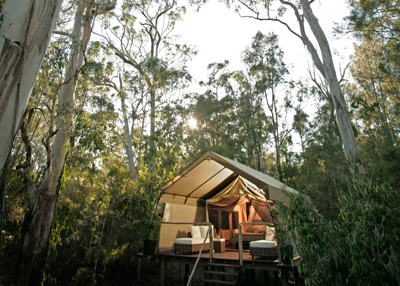 I made it to the edge of rocks around the island where a dozen seals were scattered around, sun baking. The scene
was mesmerising. Waves lapped around me, and I stayed bobbing in my life vest, watching. Every so often one would shuffle towards the edge and plop into the water. I locked eyes with a particularly large seal that then plopped unceremoniously into the water and swam right towards me. Despite Sophie telling us they weren’t dangerous in the slightest, I kicked away quickly.

It was an unusually cold day for summer and, despite being in the wetsuit, I found the water freezing. But I didn’t care. I was completely captivated. And all alone; the tour group had scattered all around the island and, as our boat had anchored where it had dropped us, it was just me and the seals.

The second snorkel spot was even better. The water was rougher, but there were more seals than the first. I took out my snorkel to free dive. The sun’s rays shining through the deep blue, 20-or-so seals darting around me leaving trails of bubbles in their wake – it was magical. On the ride back to the mainland, I decided I definitely wanted to bring my family, too.

Back at the tiny house, sitting on Bonnie’s wooden deck and savouring sourdough bread and cheese made at the neighbouring farm, I listened to the bleating of sheep and the punctuating baritone of cows.

As I watched the sun slip behind the mountain range in the distance, setting the whole sky on fire, I felt an overwhelming appreciation for this unspoilt slice of Australia, and hoped it would stay a secret for a while longer.

Reported by Sangeeta Kocharekar for our AA Directions Autumn 2020 issue

Arrange travel insurance before you go online or at an AA Centre.