Louise Jennings takes her family to the track.

Stretching out ahead, like shimmering, sun-baked highways full of promise and adventure are the summer school holidays.

These long stretches of freedom and reconnection are relished by Kiwi families across the country. Except, perhaps, for the wobbly weeks in the middle when the Christmas toys have been discarded, cherished cousins have returned home and a busload of boredom is about to come crashing in.

I have the perfect detour for you. Pack a picnic, grab hats and sunblock and head to the races. The Interislander Summer Festival race events are such a delight, that last summer my family attended not one, but two race days; the Tauranga meet on January 2 and the Tauherenīkau Races in the Wairarapa on Waitangi Day. 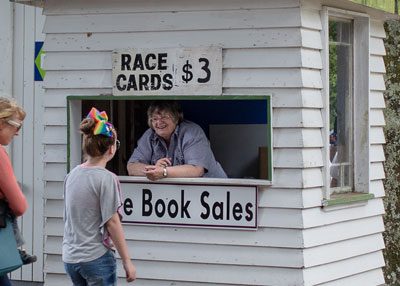 We left our rented Waiotahi beach bach blanketed in grey cloud the morning of the Tauranga race meet. Singing along to 70’s classics for much of the drive there, it seemed fitting that the reedy strains of Creedence Clearwater Revival’s, Who’ll Stop the Rain stretched out toward us from the concourse sound system as we walked to the gates.

Clearly, given that the forecast for the day was for frequent, intermittent showers, with thunderstorms on the horizon, the song posed a pertinent question. Thankfully for us, whoever oversaw the stopping of rain stepped up; the midday sun was glinting off wing mirrors as cars gathered on the grass parking area and candy-floss shaped clouds were drifting across the sky.

We headed to the public grandstand, passing the cordoned off children’s animal cuddling and feeding areas. We walked past all manner of farm animals; chickens, rabbits, sheep and goats, one of the latter greedily slurping milk from a bottle held by a wee girl not much higher than itself. Beyond the pens, squat Shetland ponies were being led along the grass perimeter, small riders waving gingerly at their parents, while food caravans, inflatable jousting and sumo wrestling areas were being set up.

The proliferation of food carts increased after the Kid’s Zone, offering fresh coffee, American hot dogs, hot chips, meat pies, drinks, and ice-blocks. Walking towards the public stand we noticed a row of peaked white tents lining the race track like a winner’s grin. Inside were well-dressed racing punters, unpacking picnic hampers and popping champagne corks. There seemed to be an air of Gatsby about this set. 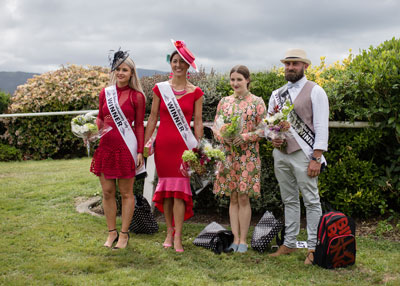 We settled onto shaded bench seats halfway up the public stand, chatting about what most needed our attention. My husband and I chose the racing guide; with the kids, unsurprisingly, more interested in pork scratchings than horse scratchings.

We managed these competing wishes between horses and food courses quite nicely, mainly because both children were old enough, hungry and keen enough to explore the food carts on their own. A warm $10 note clutched tightly in my daughter’s palm bought us enough time to decode the past form of the magnificent bays, blacks, chestnuts and greys that would soon bring the grandstand crowd, roaring, to their feet.

Almost a month later, my daughter and I drove from Wellington, over the Remutaka Ranges to the Wairarapa’s Tauherenīkau race meet. After parking in a mud-hardened paddock, we walked through a thick stand of tall, elegant trees. The entrance to the Tauherenīkau concourse is quite enchanting; dappled sunlight dances across dirt tracks and wooden outbuildings retain a faded glamour.

It feels like you only need to reach through the sunlight to touch the past; the distance between then and now as thin as a cucumber sandwich. That curious sense of history seemed validated when we later discovered that Tauherenīkau is one of the country’s oldest tracks, having recently celebrated 150 years of racing. Some of the buildings, including the old wooden grandstand, date from 1892 when parasols, petticoats and undoubtedly, cucumber sandwiches were in their prime.

The Wairarapa Racing Club holds five race meets a year at Tauherenīkau, with the two summer meets now part of the Interislander Summer Festival. Having clearly excelled at excitement and glamour for many years, Tauherenīkau seems the perfect setting to host a ‘Fashion in the Field’ competition. In the women’s section, stylish contenders combined colour with pattern and stiletto heels with glorious hats as they walked the runway. Contestants in the men’s category leaned towards the steampunk look, with striking moustaches, leather boots, waistcoats and dress coats. Winners were announced in the birdcage, then the glittering participants dispersed like jewels flung from a pirate’s chest to settle among picnicking families, or to sparkle brightly from the grandstands. 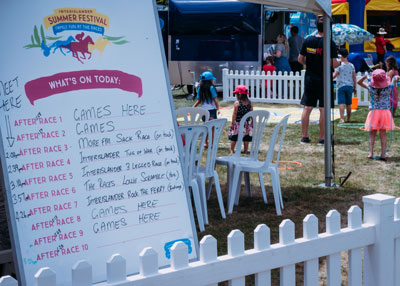 On the drive home, my daughter and I talked about the differences between the city race meet and a country day at the races but, to be honest, it was the similarities that were more apparent. These meets are fabulous places for families to relax and enjoy a summer’s day. Both offer an array of enjoyable experiences for young and old, that won’t bust the vacation budget. So, these holidays, when you see signs pointing towards the Interislander Summer Festival Race Days, take that road.

Reported by Louise Jennings for our AA Directions Summer 2018 issue