A mountain biking mecca on the outskirts of the city, Christchurch Adventure Park is like nirvana for riders and adventurous types. But we’re not here to hit the trails.

Along with an elaborate network of MTB tracks designed with varying degrees of difficulty, Christchurch Adventure Park also delivers full-service adrenaline with a quartet of ziplines. One of which is the longest in New Zealand.

The map in the park’s village shows colour-coded routes threaded through the 364 hectares of pine forest – from beginners’ flowing trails to sweeping intermediate routes all the way through to world-class jump tracks. From the 1.8 kilometre chairlift – the longest in New Zealand – we get a good overview of the trails, watching riders fly down the hill below us.

It feels very intrepid to be setting off wearing our harnesses, helmets and carrying our own zipline trolleys from the chairlift and then winding our way along tracks to reach the launch site.

We stop to admire the spectacular views across Christchurch and, to the south, down to Lyttelton Harbour. 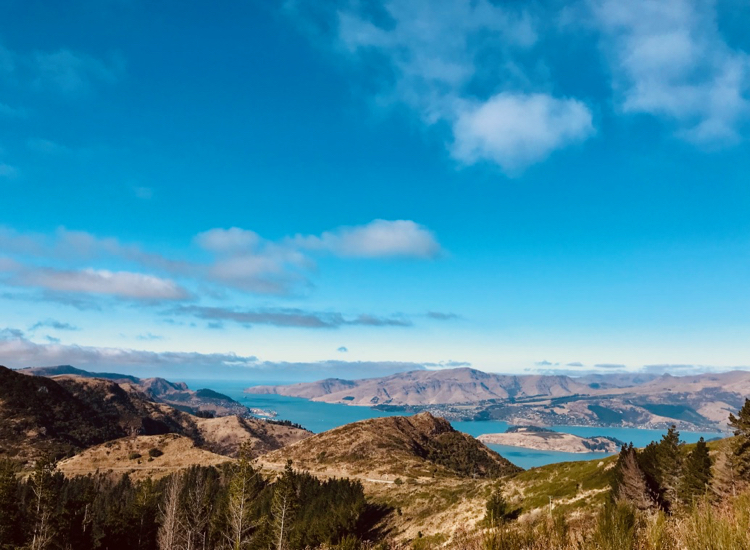 Many of the hills are still scarred by the devastating fire of early 2017. Ripping through two thirds of the forest, the Port Hills fire in February 2017 destroyed all four ziplines and the chairlift’s haul rope, only eight weeks after the park first opened. The bike trails were also destroyed when logs were ripped out during the clean-up. But after an intensive 10-month rebuild, Christchurch Adventure Park re-opened in December 2017 and has been humming ever since.

At the first platform our guides, Hunter and Matt, talk us through the procedure. We step up to the cables and present our trolleys, two by two. Travelling in pairs means you can race your partner and practice your flying techniques.

The trolleys come with a padded handle to grip above our heads, but the guides encourage us not to use them.

“Let go,” they say, “feel free to twist around. The only thing you can’t do is go upside down.”

After bumping awkwardly at the back of my legs for the walking parts of the tour, the harness proves surprisingly comfortable to sit in – a gently padded canvas seat that also goes over my shoulders like some kind of weird dungarees. 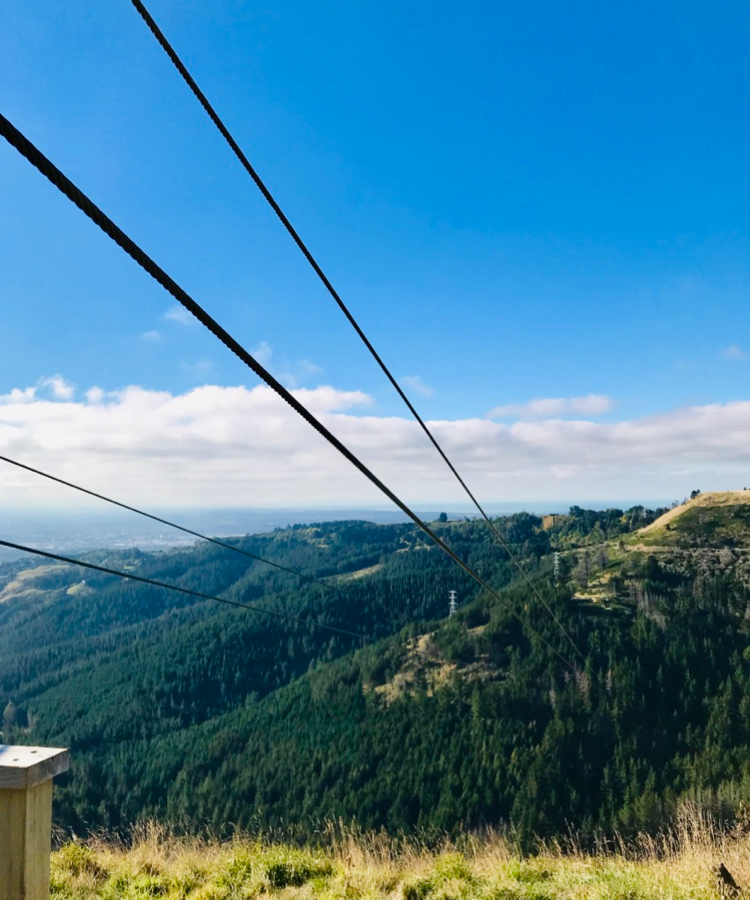 I tentatively lean back, letting the cable take my weight, but Hunter assures me these wires have been thoroughly tested and can hold the weight of four elephants

We dangle precipitously at the edge of the platform while the guides run through the list of safety checks, then ‘three… two… one…!’ we’re off, sliding into the abyss above the trees. We whoosh down wire cables with watering eyes and involuntary whoops.

The dismounts are not high tech. We spin, slowly mid-air in our harnesses while the receiving guide fetches a ladder, unclips us and we clamber down to solid ground. The cables are designed to move across the valley, stretching, tightening and changing height, so installing a permanent platform would be impractical. 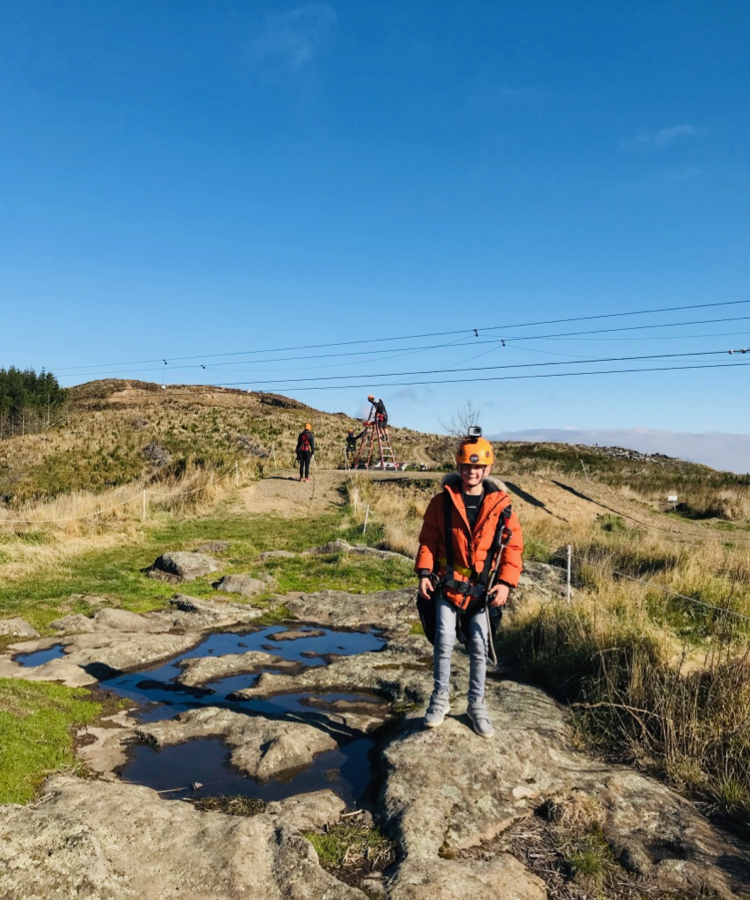 The zipline tour involves four lines of increasing length. The second to last is the highest, at 150 metres above the pine-filled valley, and the last, at more than 1.1km allows you to get up to speeds of 120kph. Though that depends on both body weight and aerodynamics. We try our best to lie back; arms and legs as streamlined as possible.

“Make sure you scream as you go over the village,” Hunter says. “The louder you scream, the safer you’ll be,” he adds with a smirk.

Christchurch has easy access to a very long stretch of sandy coastline. Read the story . . .

Even longest-term residents of Christchurch are just finding their way in the shiny new streets of the post-quake city.  Read the story . . .

Five great days out with kids in Christchurch

Five ideas for family fun in and around Christchurch – guaranteed to keep the little ones entertained.  Read the story . . .

Loved by the locals: Christchurch

The new and improved Christchurch City is filled with attractions to keep you occupied – whether you're into dancing, garden rambles, vintage transport or great food.  Read the story . . .